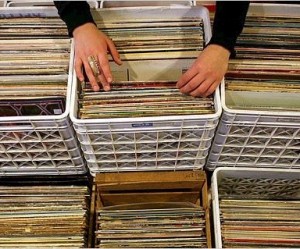 After graduating from Temple University, the up-and-coming radio DJ Felix Hernandez hit the road in 1983, and embarked on a two-year journey following R&B artists throughout the country.  During this period, Hernandez logged hundreds of hours of interviews, and collected material which was used in the mid-’80s radio documentary, ‘Harlem Hit Parade.’  The 13-part series was eventually syndicated to 70 National Public Radio (NPR) stations. 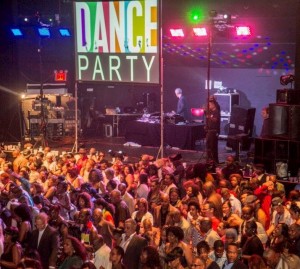 Gaining success in his career as a music DJ at New York’s WGBO, Felix, introduced the radio show ‘Rhythm Revue‘ in 1986.  The program was New York city’s first radio show dedicated solely to R&B and classic soul music.  ‘Rhythm Revue’ also aired on New York’s Jammin’ WTJM 105 from 1999-2002, and WRKS KISS 98.7fm from 2002 until 2012.  Felix Hernandez continues hosting his ‘Rhythm Revue’ radio program on  WGBO 88.3fm every Saturday morning from 10am until 2pm.  The show will reach yet another milestone in 2016, celebrating its 30-year anniversary. 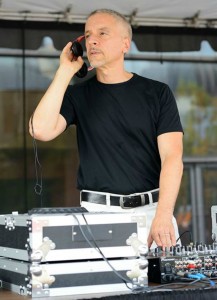 As Felix’s commitment to the preservation of R&B, classic soul and blues music deepened, he applied for a number of grants to subsidy a weekly radio presentation.  In 1989, he was awarded the first of many production grants from the Corporation for Public Broadcasting and the National Endowment for the Arts.  These grants allowed Felix to develop and produce ‘Blues Stage,’ a weekly radio presentation of live blues and R&B.  Hosted by the late Tony-winning actress and R&B singer Ruth Brown, the show featured 234 episodes of live performances, and ran for six years on over 200 NPR radio stations.  ‘Blues Stage’ performances were recorded and produced by Felix Hernandez on-location throughout the country. 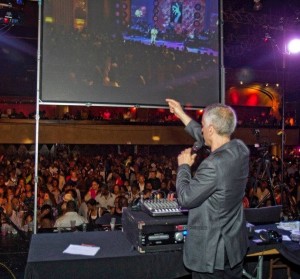 In 1991, Felix introduced his first ‘Rhythm Revue Dance Party‘ at New York City’s iconic music venue, Tramps.  Within a year, the popular dance party outgrew Tramps and moved into the Roseland Ballroom, where it was held up to 10 times a year for over 20 years.  Felix’s incredible ability to mix classic soul, R&B, disco and funk hits for an energetic night of music and dancing continues to draw crowds of up to 3,500 dancers at each Dance Party. 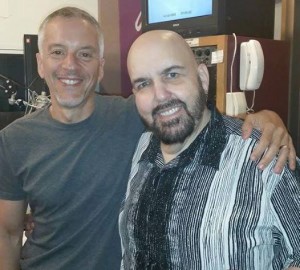 Felix Hernandez has worked with, interviewed and featured innumerable recording artists, songwriters, producers, and musicians on his radio program as well as at his Rhythm Revue Dance Parties.  He also continues to dedicate a substantial amount of his time for local fundraising events. He has also founded a company which partners with arts organizations, promoters, record companies and major entertainment venues on a variety of philanthropic levels and projects.  He initiated a scholarship fund in 2012, and is currently working on a book project. 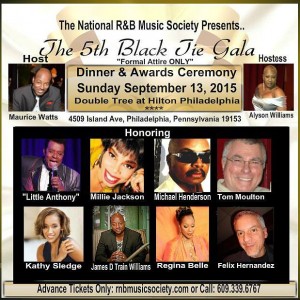 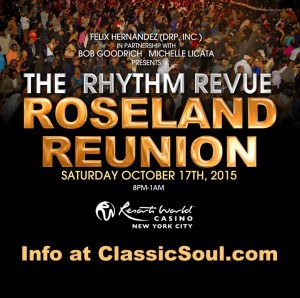 Join Felix Hernandez and some 3,000 other R&B and classic soul fans at: