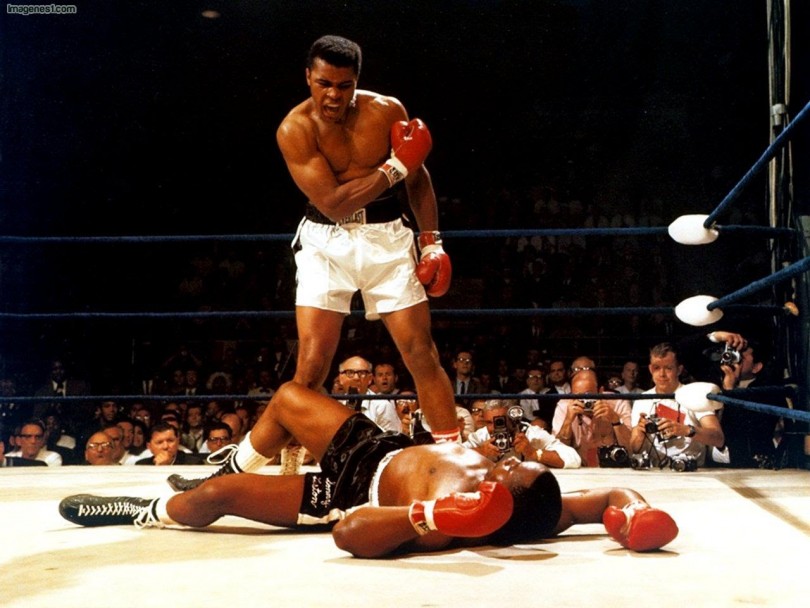 Named after his father, Cassius Clay (famously known as Muhammad Ali) was one of the world’s most prolific and beloved boxers whose recent passing has inspired many to adopt his same humanitarian and peace-seeking spirit. 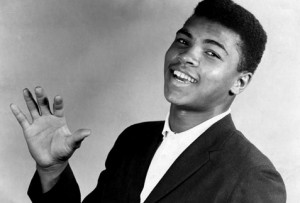 Muhammad Ali’s start in boxing can be attributed to the unjust stealing of his brand new bicycle. Six year old Cassius Clay, filled with righteous anger against the crime committed against him, became resolute to seek justice against the crime committed against him.  Muhammad would soon  begin to train in the world of boxing and was a force to be reckoned with by the time he became a teenager. 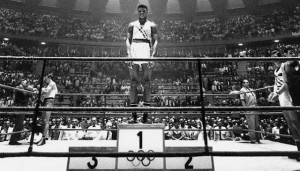 A significant career break came for Muhammad Ali in 1960 when the future Heavyweight World Champion beat Zigzy Pietrzykowski in the Rome Olympics.  Fans and boxing enthusiasts were immediately struck by Muhammad’s larger than life personality and the contagious magnetism in which he fought his opponents. 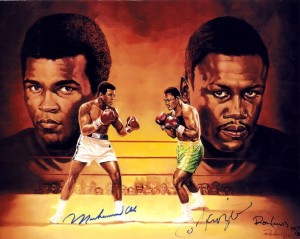 Muhammad Ali’s exciting career in boxing and as a public figure was often marked with controversy.  Ultimately, Muhammad’s decisions proved to cement his reputation as a man who firmly stood by his convictions and beliefs.  After refusing to fight in the Vietnam War and losing his titles and licenses as a result, Muhammad used his public status and time off as a platform to share his anti-war beliefs.  After a career hiatus, fan momentum grew as Muhammad took to the stage in 1971 for what is now referred to as “the Fight of the Century,” in which Muhammad fought against formerly undefeated boxer, Joe Frazier, and won. 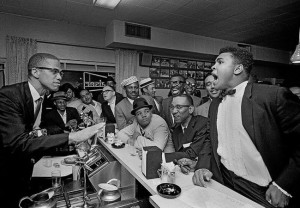 Muhammad, who had gained fame and notoriety under his birth name, Cassius Clay, had a life changing encounter with Malcolm X in 1964 and subsequently joined the Nation of Islam, a decision that led to the changing of his name.  Muhammad’s dedication to his faith allowed him the perseverance and resolve to battle with Parkinson’s Disease, a condition that ultimately caused the demise of his boxing career.  In spite of his battle, Muhammad remained a prominent public figure often raising awareness and support for Parkinson’s and leading humanitarian efforts, whenever possible. 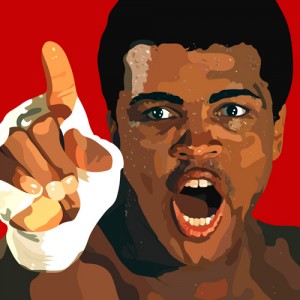 The Heavyweight champ known for his dance-like movements, enthusiasm and unparalleled fighting spirit will forever be immortalized by his many electrifying victories in the ring including, the battle in 1974 against George Foreman in which Muhammad Ali claimed victory in the 8th round.  One of the most famous fights Muhammad would ever go on to win was against Ali-Frazier III, in which after 14 brutal rounds Muhammad proved his boxing prowess and perseverance winning the tiresome fight.  A true test of wills, Muhammad has characteristically, both personally and physically, proven he has what it takes in and outside of the ring. 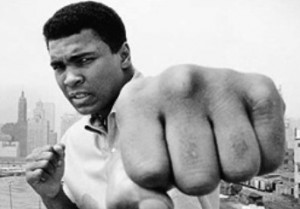 Muhammad Ali was laid to rest on June 3, 2016 after a long battle with Parkinson’s Disease and recent struggles with respiratory complications.  The infamous boxer will forever be remembered for his fighting spirit and incredible resolve.