With 2:21 left in the first half of Super Bowl LI, Atlanta Falcons’ defensive back Robert Alford danced into the end zone, giving his team a 21-0 lead.  Moments earlier, New England’s Tom Brady had been picked off by the cornerback and it looked like the Patriots’ quarterback was about to experience the most humiliating postseason defeat of his illustrious career.  By the time Lady Gaga was set to perform, the Patriots scored a field and Atlanta was favored to win.

Fast forward a few hours later in real-time, and Brady celebrated an unlikely Super Bowl victory after an improbable comeback.   While the first three-quarters belonged to the Falcons and quarterback Matt Ryan, the fourth was all Tom Brady; it was vintage play from the NFL legend.  The former sixth-round draft pick arguably played his best quarter of football in his career.  The Patriots scored 19 unanswered points against a defense that had shut them down for 45 minutes of football.  His ability to lead the Patriots back showed the difference between a team that had been to the biggest game before and a team still looking for its first Super Bowl ring. 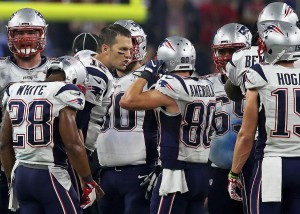 In the first Super Bowl to ever go into overtime, Tom Brady’s abilities showcased a man determined to be the best there is, the best there was and the best quarterback there ever will be.  Now days removed from the NFL’s yearly finale, it’s easy to look back on Brady’s performance.  His effortless fourth quarter and overtime play was reminiscent of other great signal callers in the NFL’s long history. The machine known as Tom Brady broke a number of records while winning the big game, pushing all previous quarterback performances to the side.  He became the first quarterback to win five Super Bowls.  He completed the most pass attempts (62) and the most completions (43).  He tallied the most passing yards (466).  While it was his best Super Bowl comeback, it was his third all-time in the fourth quarter. 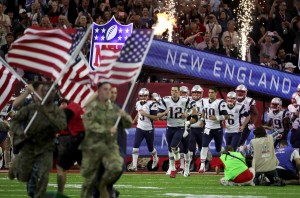 So, what’s next for Tom Brady?  He’s already proven himself to be the greatest quarterback of his generation.  Rumors of the quarterback’s retirement circulated prior to the Super Bowl, and yet the 39-year-old has already quashed any idea he’ll be hanging up his cleats. Brady’s wife, supermodel Gisele Bündchen, has reportedly pressured the NFL legend to retire.  But in an interview with Sirius XM NFL Radio the day after Super Bowl LI, Tom Brady ensured Patriots’ fans that he will be back for at least another season. 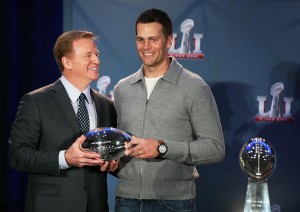 “If it was up to my wife, she would have me retire today,” Brady stated. “She told me that last night three times. And I said, ‘Too bad, babe, I’m having too much fun right now.’  You know, I feel like I can still do it.  If you love what you do and you’re capable of doing it, then I might be so bored if I wasn’t going out there knowing that I could still do it.  So, I’m going to work hard to be ready to go, and I still plan on playing for a long time.” 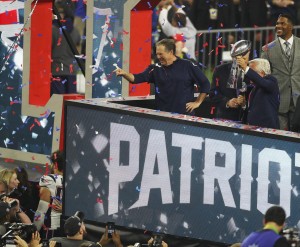 After five Super Bowl championships, Brady still has the passion to play. Teammates and coaches who had worried he would ride into the sunset after Sunday’s win are now relieved of his decision to stay active, although opposing teams will be disappointed.  Super Bowl LI’s epic 25-point come from behind victory may have been the right time to call it a day.  However,  Brady’s Lazarus-like revival will go down in history as the best Super Bowl comeback of all-time, but topping that can only be done by winning a sixth ring; something Tom Brady and coach Bill Belichick are already planning.