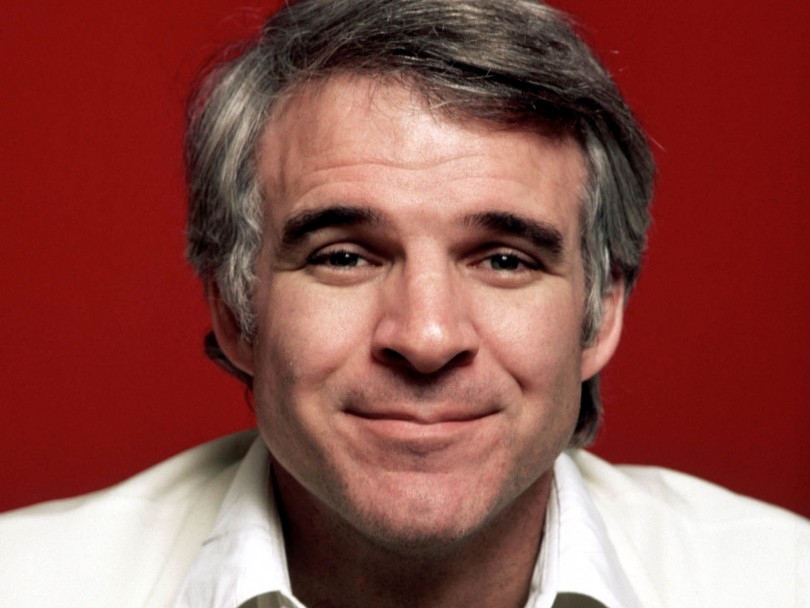 Stand-Up Comedy Review – Steve Martin
Call him one “wild and crazy guy,” “The Jerk” or Inspector Clousseau, Steve Martin has made his mark in the comedy landscape for nearly five decades.  Although Martin may now be known for his comedic acting roles, he got his start in stand-up.  Comedy Central has ranked him the sixth greatest standup comedian of all time. 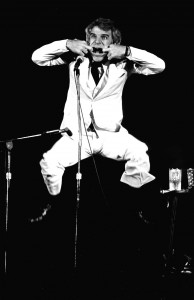 In the 1970s, Martin adopted a fast-paced, affable comedic style that resonated with audiences.  After writing for the “Smothers Brothers Comedy Hour“, he hit the road, performing his stand-up routine and making appearances on “The Tonight Show” and “Saturday Night Live.”

During this time, Martin said he took a new approach to comedy: “With me, I would deny the punchline, and just keep going, so that the tension would just build and build so much that they would have to start laughing.  They would find their won place to laugh, rather than laughing at the place where you told them to laugh.”

Martin’s stream-of-consciousness comedy combined musical comedy, prop comedy and standard stand-up jokes about the audience, women, himself and life in general.  Some of today’s common comedic jokes are reflective of Martin’s influence.  The air quotes, where Martin used his index and middle fingers to suggest sarcasm against whatever he was saying at the time, was an innovation of Martin’s.  He also became known for his catchphrases “Just a wild and crazy guy” and “Excuse me,” said in an exaggerated fashion.

In the heyday of Martin’s stand-up performances, he released three stand-up albums: “Wild and Crazy Guy,” “Comedy Is Not Pretty” and “The Steve Martin Brothers.”  Listening to these albums brings back a different time of comedy that combined a hammy, smiling and upbeat attitude with his many talents (banjo playing and juggling, just to name a few).  What’s surprising is how funny these albums are, even considering that much of Steve Martin’s comedy is visual, relying on his affable face, hand motions and musicality. 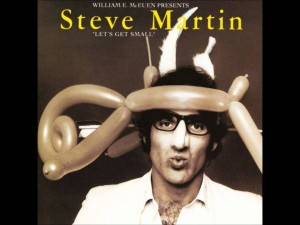 “Let’s Get Small” features some of those visuals, including making balloon animals.  Listening to some of the bits requires imagination — you can hear Martin’s feet shuffling in “Vegas,” but it doesn’t hold what was surely a funny bit.  However, the “Let’s Get Small” bit goes by fast and hilarious, even in its 13-minute duration.  The “get small” part is a joke about a drug that makes people small instead of getting them high — which makes it pretty difficult for Martin to talk the cops out of catching him “getting small.”

“A Wild and Crazy Guy” has one of Martin’s best-known comedy bits: “King Tut,” which he also performed to much regard on “Saturday Night Live.”  There’s very few tracks that aren’t funny or familiar to Martin fans as this album also includes Martin’s alter ego as one of the Festrunk Brothers who are “Wild and Crazy Guys.” 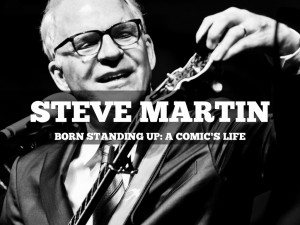 Martin stopped doing stand-up in the early 80’s.  While it’s a shame to lose out on his comedic talents in nightclubs and arenas, his contributions to movies and comedy cannot be overstated.  He even wrote a book in 2007 about his life and time in the stand-up world called “Born Standing Up: A Comic’s Life.”  The book includes reflections on how Martin would write his hour-long shows, at one point saying “I opened the show with this life: ‘I have decided to give the greatest performance of my life!  Oh, wait, sorry, that’s tomorrow night.”