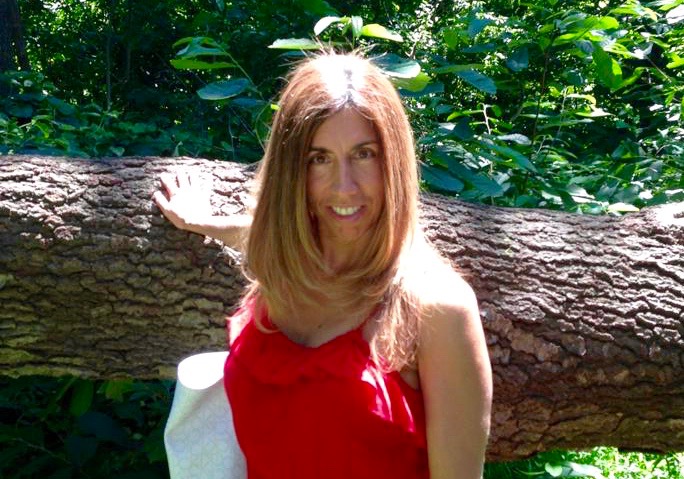 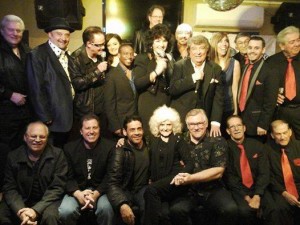 The entrepreneurial spirit of Shannon Johnson has fostered and contributed to a highly successful professional career which spans nearly three decades.  Shannon’s professional ability to establish strategic business alliances and resources combined with her deep commitment to volunteerism has resulted in a graceful balance of trust, success, and good will.  (Photo taken by Elaine Barrett at the Patti Lattanzi, Billy Carlucci & the Gang Radio show.)  From left to right standing is Lou [The Shoe] Porecca, Tommy Delcorio, Jr, Jimmie Lee, Kelsey Coan, Dru-Zak, Patti Lattanzi, Billy Carlucci and Shannon standing behind [seated Felicia – Patti’s mother] and Strong man Sonny Barry and the rest of the gang.) 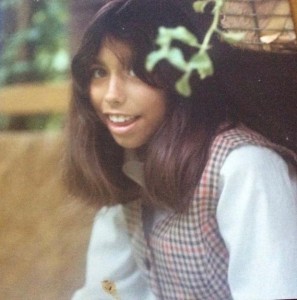 “Education is the most powerful weapon which you can use to change the world.” -Nelson Mandela 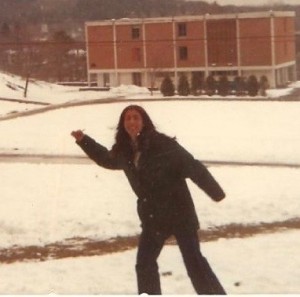 In her youth, Shannon excelled in mathematics at both The Winsor School, a school notoriously one of America’s top academically-promising school for girls located in Boston, MA. and Cushing Academy, a co-ed college preparatory boarding school in Ashburnham, MA.  Both schools are dedicated to educating the mind, shaping individual character, and nurturing the intellectual curiosity and creativity of students.  At Winsor, Shannon learned that girls/women can do anything well if they focus and go after it. 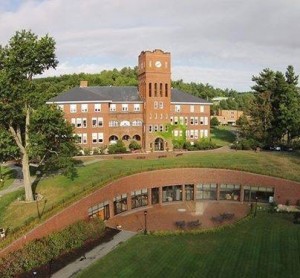 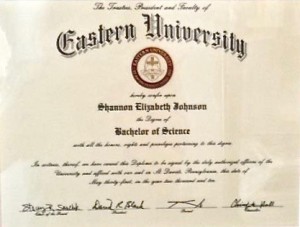 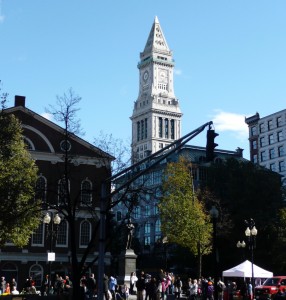 In 1988, Shannon embarked on a career of entrepreneurism when she started Figures & Financials, Inc., a Boston-based bookkeeping and tax service.  With a goal of guiding and educating small businesses on the importance of maintaining a healthy financial status, Shannon rapidly built a strong and trusting client base.  In a period of five years, Shannon opened three additional offices located in West Roxbury, North Attleboro and Charlestown, MA and had hired 5 CPAs and support staff to handle the influx of clients due to her successful advertising campaigns. 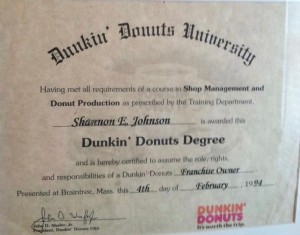 Shannon sold her bookkeeping and tax practice in late 1993.  Her mother’s famous saying was, “Don’t buy it unless you need it; try not to use your own money to pay for it, but if you have to, then make sure it’s tax deductible.” Putting this into practice, Shannon was given the unique opportunity to purchase a struggling Dunkin’ Donuts franchise in Reading, PA, with two financial partners.  Using her innate business acuity, Shannon was able to acquire this franchise with less than $5,000 of her own money and using her negotiation skills to motivate the owner to lower his settlement price so that she owned 49% share of the franchise.  On her own, she quickly turned the franchise into a profitable business, and out of 80 district stores in the region, she won the franchisee “Fastest Growth Award.”  Within the next two years, Shannon opened two other Dunkin’ Donuts satellite locations in the city before exiting the partnership in 1997.  She had proven herself to be a turn-around professional capable of goal setting and surpassing expectations.

Moving from franchisee into marketing and advertising, Shannon accepted a position in 1997 as an account executive for The Philadelphia Inquirer, then a subsidiary of the publishing magnate Knight Ridder.  Shannon’s five-year tenure at the Inquirer allowed her the opportunity to gain valuable experience and knowledge in marketing concepts and strategy – a specialty which she has been cultivating and refining throughout her impressive career.

“Whatever the problem, be part of the solution…” -Tina Fey 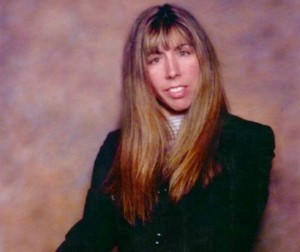 During her employment with The Inquirer, Shannon identified a strong need for a networking alliance among CEOs and senior executives in the Philadelphia Metro and Southern New Jersey area.  In 2001, she created “Breakfast with the Boss,” a monthly event which allowed dozens of businesses ranging from Fortune 500 to smaller recognized fast-growth companies to connect and build strategic alliances with others in the group.  This 2-1/2 year program helped generate hundreds of thousands of dollars in revenue for several participating companies, with one in particular boosting their reported cashflow by $1.2 million dollars, with a unique strategic alliance she helped to make through the Breakfast with the Boss group.

“All lasting business is built on friendship.” -Alfred A. Montapert

In 2003, Shannon was recruited by International Profit Associates.  In this position, she was able to pull from her vast knowledge of tax and accounting, and to utilize her professional acumen in assisting clients with growing and monetizing their businesses.  In 2005, she accepted a position as Regional Vice President for Strategic Business Partners, where she promoted profit engineering consulting and partnerships throughout the tri-state metro area.

In 2007, Shannon was recruited by Super Media LLC, where as a media consultant, she collaborated with business owners to help them improve their margins during a period which is now recognized as the country’s Great Recession.  Through attentive guidance, she assisted her clients in molding their marketing messages via strategic print and digital advertising, in addition to other direct marketing products.

“As each has received a gift, use it to serve one another, as good stewards of God’s varied grace.” -1 Peter 4:10 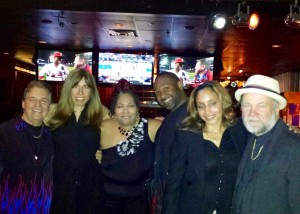 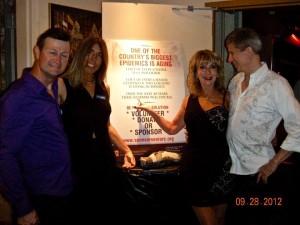 From 2009-2015, Shannon had volunteered as treasurer for the Greater Philadelphia Church of Christ.  She had also organized local fundraising events for Sponsor Seniors, Inc., an organization designed to help alleviate poverty amongst the increasingly aging population of the US, and chose HOPE for Kids Inc. for her project during her MBA program at Eastern University.  With a lifelong dedication to volunteerism, she served in the 1990s as Vice President of the West Roxbury, MA. Rotary Club  Her infectious enthusiasm and love for kids and sports continued through volunteering her time as a coach and sponsor for one of the little league teams of the Hellenic Soccer Club of West Roxbury.  And in 2012 and 2013, she hosted two fundraising dances for Sponsor Seniors.  Pictured left of Shannon is Brian Gallagher, a prominent local dance instructor with whom she competed at Disco America. 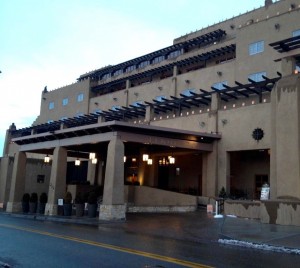 In 2011, Shannon was forced to interrupt the MBA program she was attending at Eastern University after being involved in a serious automobile accident.  She suffered multiple herniated disc fractures in her neck and back, which ultimately forced her into early retirement.  Yet, she persevered.  One of Shannon’s favorite slogans, “Winners never quit and quitters never win,” stems back to her high school track and field days, when she would repeat the quote in her head while racing long distance.  Never one to quit, Shannon faced this turning point in her life by exploring her interests in travel writing and photography and investing in real estate. 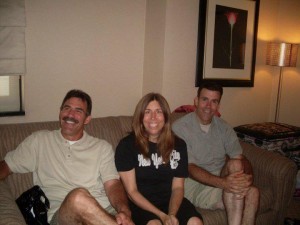 She travelled to Santa Fe, NM to study photography, and while there, approached the management of the Eldorado Hotel where she was staying and the Hilton Hotel.  She took pictures and submitted them to the website Hooked on Travelling and by doing so, validated her trip to be for a legal tax write off.  Shannon later travelled to Costa Rica, where she studied the fundamentals of blogging and web writing.  She then travelled to San Diego for a visit with her brother Maynard Johnson, and while there, attended several writing, photography and blogging seminars.  Pictured left is a photo taken of Shannon in NYC with her two brothers, Maynard on the left and Lou Johnson, the entertainer of her family on the right. 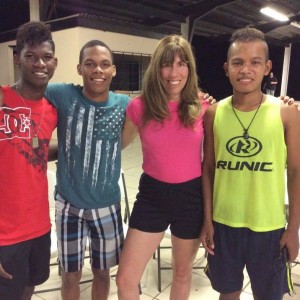 Combining her passions for travel and volunteering, Shannon then travelled to Panama to volunteer with the Word of Life Organization’s preparations to open for summer camp.  Through social media, Shannon became friends with the organization’s directors and a few of the orphans that attended the camp annually.  One of the orphans had experienced a miraculous recovery from an advanced cancer due to many prayers for this young man who is now healthy.  In so participating, it was inevitable Shannon would get Hooked on Kids. 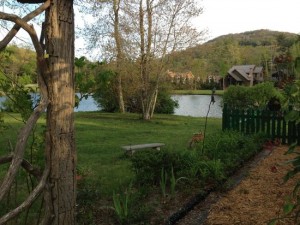 She also travelled to Peru and to Highlands, NC for writing and photo inspirations to share through the blog.  While in Peru visiting Machu Picchu, Shannon had an incredibly spiritual awakening to the vast depths and heights she experienced.  She compared the enormous problems facing the world today, and became inspired by the power of unity and the solutions which have yet to be discovered but are available, she believes.  Shannon believes that Hooked on Everything and more specifically Hooked on Realty will bring solutions to people in more ways than even she could ever ask or imagine.  (Eph 5:3-5) 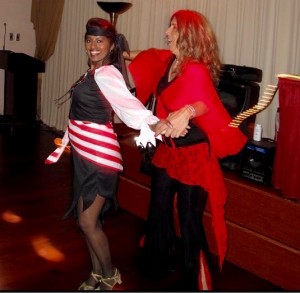 On a personal level, Shannon loves spending quality time with her family and friends, and for over 20 years, she has cared for her father, who became debilitated after suffering a mild heart attack.  As a lifelong devotee of music, Shannon also enjoyed competing in ballroom dance contests, in lead and follow roles of dance; she also has been an accomplished pianist.  As a savvy investor and financial expert, Shannon has acquired a number of real estate properties in the Philadelphia area and is often sought after for advice on real estate investing.  The video link above is a successful fundraiser that she had in 2012.  One of her closest friends, Linda Suralie, is a prominent periodontist, and shares Shannon’s passion for dancing and her vision for Sponsor Seniors as well as the Hooked on series.  They are pictured here at a costume party dance.

Since Shannon was put on long-term disability, she learned that she could pull her 401k and transfer it to a Self Direct IRA and use the funds to purchase rental properties.  She also learned quickly how to buy properties in distress, rehab them and rent them out.  Also, she learned how to leverage assets to increase her portfolio.  She took one of her favorite mentor’s advice – Mr. Tony Robbins – find people succeeding at doing what you want to do, train under them and flourish.  Shannon started associating with Peter Vekselman and Julie Muse in 2019 prior to pandemic of Covid 19 and getting help from the Zabala family, she upgraded her web presence.   http://www.HouseBeautifulKeepers.com.

In December of 2022, she started working with Mom’s House and became a certified senior transition specialist.

Expanding on the Keep It Simple, Shannon approach, she has created an explainer video of what she does to help people with their realty problems.  http://www.Cash4TheKeys.com 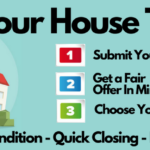 Due to her exposure through Partner Driven enterprises, Shannon was introduced to a real estate attorney from Pennsylvania.  She formed a DBA subsidiary to her company of House Beautiful Keepers, LLC that she calls Recovered Money.   A website is being updated now but until then, https://www.GetMyRecoveredMoney.org for more information.

Shannon has concentrated on helping others throughout her life.  Whether it’s orphans, seniors, friends, entertainers, venue owners, realtors, or networking with other like-minded people, this has always produced fruits of the positive spirit.  Shannon continues to use her positive approach to life to make as big a difference as possible during her life time.

Looking forward into 2023, Shannon has been selected as one of the few new clients working with John Assaraf who will be helping her as she has big plans for her future.  John’s Innercizing techniques were the second exposure she had to John as her first exposure was in viewing the movie the Secret.  Winning the Game of… series has helped Shannon overcome procrastination, and reinstalling her creativity.  John’s coaching has taught her to get back to the basics of realizing the big WHY? which is to make a difference.  Inspired by the poem called The Dash by Linda Ellis, where she describes the commonality between every grave stone is the dash between the years of a person’s birth and death.  The dash between any two numbers has always meant the difference as in mathematics and Shannon wants to make an indelible difference globally.