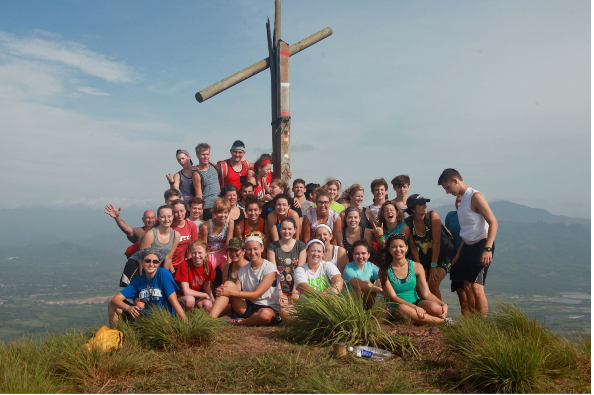 Word of Life Focuses on Kids:

‘The kids are the leaders of tomorrow’ is a popular statement used all around the world which inspires kids to take on responsibility.  Kids really are the leaders of tomorrow literally, but no one ever became a prominent individual by proclaiming the words alone.  It is the duty of society (mostly the pioneers of society) to build strong traits that will replicate a responsible individual in the future.  Hence, the Word of Life camp in Panama focuses on its kids.

Word of Life Camp in Panama is bringing this sentiment to fruition.  The camp is attended annually by over 1,500 young people.  Utilizing bible clubs, drama presentations, children’s shows, sports marathons and other evangelistic outreaches, the Word of Life camp is making active and bold steps affecting the lives of thousands of kids one by one. Panama is a small country where Word of Life Camp takes a religious route in touching the lives of the young people in the country.  We all know about the good virtues true religion teaches us, but that is just a portion of the benefits from Word of Life Panama.  The program allows young ones a chance at acquiring life-changing scholarships that pairs faith with work, which is how the world moves forward. 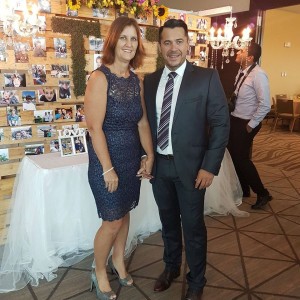 The camp was started by a young couple: Mirko and Traci Delibasich.  Together they forged forward on faith to create a camp that puts God first and teaches these biblical principles to the camp kids.  Traci Cotton Delibasich grew up in Panama, where she met her future husband Mirko at another Word of Life ministry.  After the two of them married, they headed back to Panama and purchased 59 acres to start the camp.  Miracle after miracle happened for this camp.  All of the buildings and grounds had been constructed from ground up mostly by volunteers and with funds provided by donors.  When the need arose for a swimming pool, one philanthropist donated $50K just weeks after the request was made to have a pool installed.

Originally containing nine provinces, Word of Life has added a 10th province, Panama Oeste in between the city and the camp.  Word of Life Panama eventually intends to spread out into every province of Panama. In structures like this, it is crucial to have capable hands and leaders at hand to call upon to help mold the younger generation. Word of Life Panama has the luxury of 21 capable members on staff to call upon.  Churches from many different countries have sent volunteers from their own respective fellowships to help out the camp.  Volunteers are more than happy to go for a week or more and spend time with the other staff members in helping maintain and ready the facilities for a new camp year to start.

Word of Life Ministries is based out of New York.   Jack Wyrtzen, the founder of Word of Life International Fellowship stated, “It is the responsibility of every generation to reach their own generation for Christ.”  Word of Life strives to put these words into action in Panama.   There are various camps throughout the year. Their discipleship training school is from Sept. 5th – May 15th.  The students are comprised of local Panamanian high school graduates and American high school graduates.  These students not only train in missions but also will learn a second language, either English or Spanish.  Word of Life Panama camp season is held during January and February.  Students are involved in working at the camp either as counselors or in another area.  Through the internship, the hope is to train up additional Panamanian youth as well as international youth to carry forth the ministry in Panama or elsewhere.

Word of Life Panama 2017 Annual Calendar is as follows:

November – close of bible clubs for the year/preparations for camp 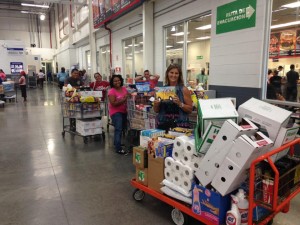 Many orphans have been given an opportunity to go to this camp.   These are the future camp counselors of tomorrow.  This is largely due to people and groups donating to their website:  https://give.wol.org/location/panama  To sponsor a child for a week to stay at the camp, it is just $75 which covers a bed, meals and all the activities.   Some have been able to donate more for a child, and anyone can do so with a note as for what the money is to be spent. 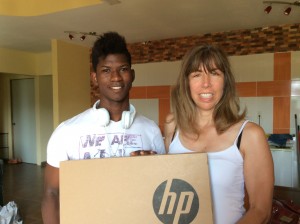 Pictured here are a donor and an orphan who received a computer from that donor’s direct donation.  Since then, that young man has been able to produce his own music and EPs.  Everyone is welcome to help shape the future of the kids who attend Word of Life Panama camp.  Joining hands in giving back is fulfilling: Panama Bible Clubs Project, Panama Bible Institute Scholarship Project, Panama Camp Scholarship Project, Panama Contribution and Panama Special Project are just a few of the projects that are needing more and more help.