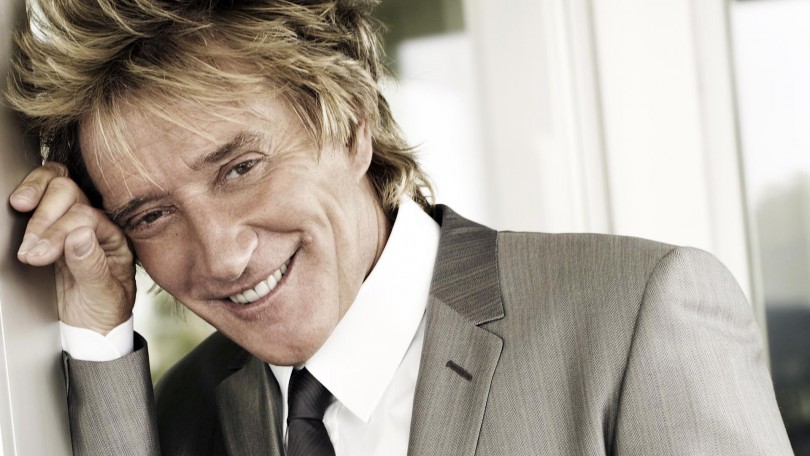 Rod Stewart is a songwriter and recording artist whose musical career spans over 50 years – from the 1970s to today.  Originally from Great Britain, he is known for his trademark hair style and distinctive, scratchy singing voice.  Stewart moved to the United States in 1975 right before his song,“Tonight’s The Night” soared to the top of the charts.  He has sold over 150 million records, making him one of the most successful singer-songwriters in history.  Rod Stewart’s legendary and ubiquitous career earned him a UK designation as CBE (Commander of the Order of the British Empire) by the Queen of England.  This royal honor is the highest a British subject can receive below a knight or dame.

Rod Stewart began his career with the Jeff Beck Group in 1966, traveling across Europe and the United States, and collaborating on two albums before moving on to the group The Faces in 1969.  In addition to performing with these and other musical groups, he worked solo and wrote his own lyrics.  With a signature raspy singing voice and an eccentric sense of style, Stewart quickly gained the attention of legions of 60s era clubgoers and music lovers.  Rod Stewart’s extraordinary singing voice and stage presence earned him the nickname Rod the Mod, and helped launch a star-studded solo music career. Stewart’s hit single “Maggie May” was released in 1971, and still enjoys success today as an all-time favorite rock classic. 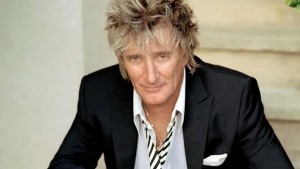 The up-and-coming superstar was also famous for his partying and glamorous lifestyle, which fans will see reflected in his “Do Ya Think I’m Sexy?”.  The song was released in 1978 on the album, Blondes Have More Fun.  The rocker has a large family with eight children ranging in age from their 50’s down through elementary-school ages.  Rod Stewart’s enthusiasm for life is demonstrated in his music, and in his personal love of soccer, which he still enjoys and follows closely as a fan. 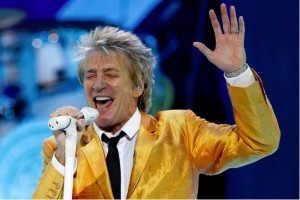 In 2002, Rod Stewart recorded the album called It Had to Be You: The Great American Songbook, where he paid homage to classic songs like “Someone to Watch Over Me” by George Gershwin, and “The Way You Look Tonight” by remaking them with his own style and flair.  This project ultimately resulted in four volumes, and eventually earned him a Grammy Award in 2004 for Stardust: The Great American Songbook, Volume III.  In 2006, Stewart recorded more classics on the album Still The Same: Great Rock Classics of Our Time.  This album included classic remakes of Bob Dylan’s “If Not For You,” John Fogerty’s hit, “Have You Ever Seen the Rain?” and “Father and Son” by Cat Stevens. 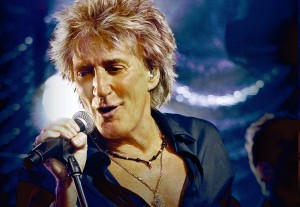 Rod Stewart’s latest album, Another Country, is set for release on October 23rd, 2015. He is currently celebrating a period of prolific songwriting and new hits, after taking a well-deserved respite.  Stewart credits writing his autobiography, Rod, which was published in 2012, for re-energizing his song writing efforts.  Writing his memoir book sparked a renewed sense of creativity that led to a flurry of song ideas.  The new energy is evident in several of the song titles: “She Makes Me Happy”, “Can’t Stop Me Now”, “Live the Life”, and “Time”. 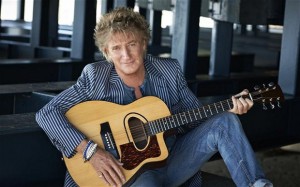 Rod Stewart’s official website features news and media announcements concerning his new album, a fan club page, a brand new music video to accompany the release of Another Country, and his upcoming touring schedule in the United States and the United Kingdom.  He will be at Caesar’s Palace in Las Vegas, and various stadiums throughout the UK through the middle of next year.   Tickets can easily be purchased through a link on his website.

If you can’t get to a Rod Stewart concert, there are numerous tributary singers including ROD STEWART TRIBUTE featuring Jay Gates perform  incredible renditions of the legendary hitmaker.  This tribute act has shows scheduled throughout the year along the Mid-Atlantic seaboard.