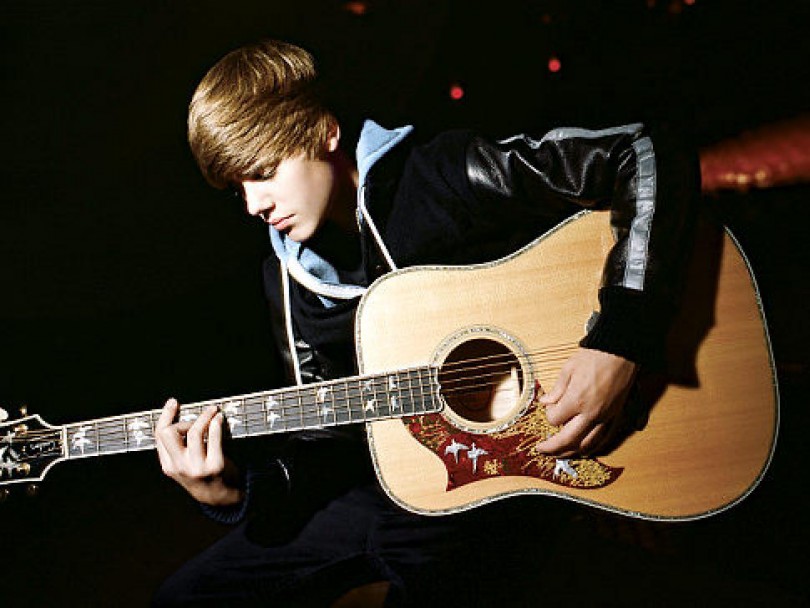 Justin Bieber may very well be the most famous person to come out of Canada in the past decade.  This young pop superstar has been delighting fans and making music for nearly as long as he has been alive, and shows no signs of stopping or slowing down.

The young man that fans know as Justin Bieber was born in Stratford, Ontario, Canada on March 1, 1994.  Raised by a struggling single mother, Justin Bieber is a true anomaly in the pop music world.  While many performers look like overnight successes in retrospect, Justin Bieber can truly claim that distinction.

Indeed, the enormous success of his hit album, ‘My World’ seemed to come out of nowhere.  When the record was released, Justin Bieber was still a young singer, and he had no formal training in music or performance.

While other performers got their start on local stages, Justin Bieber owes his success to the worldwide reach of the Internet.  Justin’s mother was so impressed with his singing voice and love of performing that she decided to post some homemade videos online.  Those YouTube videos were an immediate success, and they quickly gained the attention of music industry executives.

In a scant two years’ time, Justin Bieber had gone from an unknown artists singing for fun in his mother’s living room to a worldwide pop sensation with fans in almost every country on the planet.  By the end of that 24-month period, Justin Bieber had a record deal, enormous commercial success and millions of adoring fans. 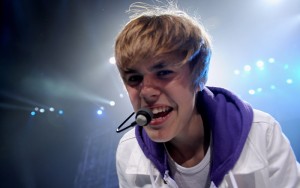 While Justin Bieber was truly an overnight success story, his rise to fame and stardom should not have come as a surprise.  Justin Bieber has always enjoyed singing and performing, and he displayed an uncommon talent from an early age.

Justin was just two years old when his mother gave him a drum set, and he quickly learned to play.  By the time he was 12 years old, Justin Bieber had enough confidence and stage presence to enter a local talent competition.  He finished second in the contest, a foreshadowing of greater things to come. 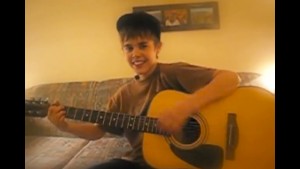 It was after that talent contest that Justin Bieber’s mom began posting those YouTube clips, and the rest, as they say, is history.  Those clips featured Justin Bieber singing classics by his favorite singers, including Stevie Wonder and Michael Jackson, and they were a hit with industry executives and regular viewers alike.

Within months of the first video, Justin Bieber was a true Internet sensation, one of the earliest examples of online stardom.  In no time, Justin had a manager who helped him and his family arrange a trip to Alberta.  Once there, Justin Bieber signed a record contract and his career was officially off to a great start.

It was not long after that Justin Bieber’s first single, entitled ‘One Time,’ was released.  It quickly went platinum in Canada, and his 2009 album ‘My World’ sold more than 137,000 copies in one week.  By 2010, Justin Bieber had cracked the Billboard Top 10 with his hit song Baby. 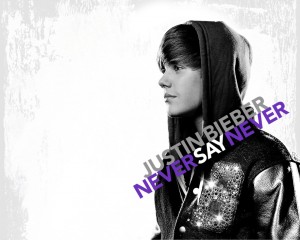 In 2011, Justin Bieber moved from the stage to the screen, releasing a documentary titled Never Say Never.  His legions of fans crowded into theaters coast to coast, and Justin Bieber was officially a movie star.  His continued success proves that he is not a one-hit wonder, and Justin Bieber looks forward to many more years of singing, performing and making new friends around the world.

Recording artist and pop star Usher is a mentor and deep inspiration for Justin Bieber.  Through the years, Usher has coached and guided Bieber through the inevitable growing pains and emotional issues that often confuse young artists as they mature into adult stars.