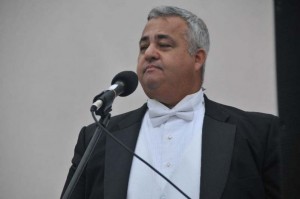 The exceptionally talented Lou Pacheco is a Cuban-born singer and actor who grew up in the 1970’s and 1980’s in North Bergen, New Jersey.  He is a classically trained first tenor who has performed virtually every musical genre and style from opera to rock and roll. 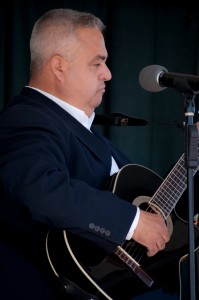 Lou Pacheco studied privately under Madame Era Tongoli, founder and musical director of the Metro Lyric Opera of New Jersey.  He has performed for audiences at the Kimmel Center in Philadelphia, PA and the historic Eagle Theatre in Hammonton, NJ among several other notable venues.  Lou also pays homage to his Cuban/Latin heritage by singing in the annual Latin Festival of Monmouth County.

As a stage actor, Lou Pacheco has performed in local productions including Goethe’s tragic opera “Faust.”  He belongs to the Metropolitan Philadelphia Entertainment Group (MPEG), an organization designed for all people in the entertainment industry to network and collaborate. 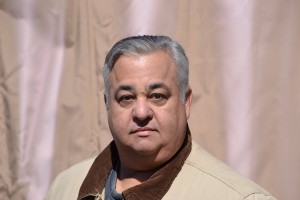 Lou Pacheco’s screen acting debut came in 2009 in the major motion film “Law Abiding Citizen,” starring Gerard Butler and Jamie Foxx.  He played the role of a corrections officer in this Thriller directed by F. Gary Gray, where a frustrated man takes justice into his own hands after one of the killers involved in the murder of his family is set free. Lou also portrayed a Giants fan in the 2012 Oscar winning comedy-drama “Silver Linings Playbook” starring Bradley Cooper and Jennifer Lawrence. 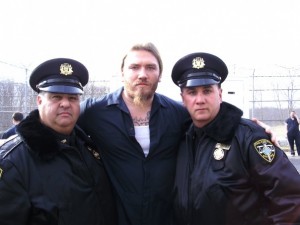 Other acting roles Lou Pacheco has portrayed include as a hitman, a father, and businessman.  He will soon be seen in “Creed,” which is scheduled to hit theaters the day after Thanksgiving 2015.  Lou plays a Mexican boxing judge in this “Rocky” sequel where Rocky Balboa, former World Heavyweight Champion, becomes the trainer and mentor to Adonis Creed, son of his former rival and late friend.

A Proud Father and Mentor 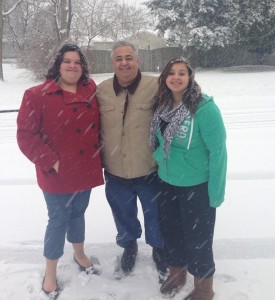 Lou Pacheco is an accomplished professional actor, singer and entertainer who is also available for commercials and voice over talent.  He currently resides in South Jersey with his daughters, Analiese and Cailyn.  Please follow Lou Pacheco on Facebook to keep informed of his upcoming vocal and acting appearances and locations.