Hawaii is America’s youngest state, a chain of volcanic islands featuring colorful and friendly locals and intense natural beauty. Once a haven for pirates and traders, today’s Hawaii is one of the world’s best travel destinations, visited by over six million tourists every single year. It features a mild tropical climate, gorgeous beaches, and a thriving international culture that welcomes anyone and everyone from all over the world. 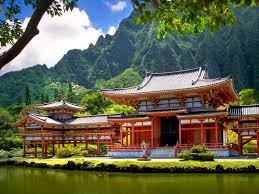 Your journey to Hawaii will likely start on the island of Oahu, appropriately nicknamed “the Gathering Place”. The state capital of Honolulu rests on the island, featuring the most populous and developed areas in the state. Waikiki Beach is one of its primary draws, offering shimmering blue water and waves that just beg to be surfed on. The city also offers plenty of nightlife and a variety of local bars and restaurants that offer the full vacation experience at reasonable prices. Pearl Harbor is also on Oahu, and history buffs will appreciate the various memorials that have been erected in honor of the event.

The largest island in Hawaii is also called “Hawaii”, though it’s mostly referred to as “Big Island” to avoid confusion. If you’d care to make the hop over from Oahu, you’ll find a more rural but equally wonderful experience. There are various plantations that grow nuts and coffee, as well as ranches that frequently offer horseback rides. Big Island also features the Hawaii Volcanoes National Park, where you can explore some of the largest and most active volcanoes in the world. Mauna Loa is especially breathtaking. And don’t worry, the volcanoes are monitored by experts every day for signs of activity. You don’t have to worry about an eruption wrecking your spring break. 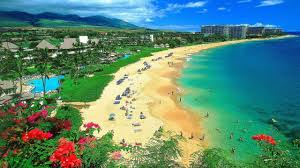 The second largest island in Hawaii is Maui, which sports some jaw-dropping resorts along the shoreline. Expect moderate to high prices and exceptional service. These places rely on tourism to stay afloat. They want to keep you happy. The food on Maui is also exceptional, with every conceivable combination of seafood, rice, and vegetable being widely consumed. A common choice for the thrifty gourmand is the “plate lunch”: a protein, usually fish, chicken or beef, served with a side of rice and a small macaroni salad. They’re sold both in restaurants and by vendors on the streets. You can also expect exotic fish to be served in nearly any restaurant, including yellowfin tuna, mahi-mahi, and ono, which gets its name from the Hawaiian word for “delicious”. Any lover of food is going to have a wild time in Maui. 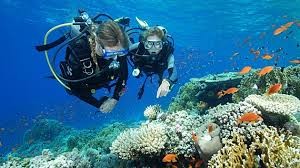 As for activities, Hawaii attracts thrill seekers from all over the world who appreciate the island’s moderate climate and strong sporting culture. Scuba and diving classes are absolutely everywhere in Hawaii. You can also participate in mountain hikes, guided tours, and even helicopter rides in and around Honolulu.Hawaii seems like it was designed to be a big playground, so if you’ve got the time and the cash, get over there and play. You won’t regret it.

Stay up to date with articles like this by clicking here www.hookedontravelling.com