Jerusalem – The Old and the New

Jerusalem gets a tough rap these days. It’s one of the oldest cities in the world, and for thousands of years it’s been a major cultural and religious destination for millions of people. Of course, being claimed as a holy site for three separate religions representing billions of people comes with a price, and Jerusalem has been fought over by the Christians, Jews, and Muslims for longer than most modern nations have existed. But don’t let some old battle scars deprive you of an unforgettable travel experience. Today’s Jerusalem is modernized, safe, and ready for travelers of all stripes to enjoy. 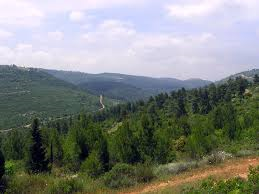 Nestled in the Judean Mountains not far from the Mediterranean Sea, Jerusalem features dry summers and wet winters. Being so near the desert, temperatures tend to fluctuate wildly between hot days and chilly nights. Rainfall is almost absent in summer, with a sudden burst of precipitation usually occurring between October and April. The area is very hilly so expect some inclines and declines if you plan on a walking tour, which you absolutely should do, by the way. There’s no better way to absorb the city’s color than to experience it as thousands of ancient travelers have done. Just bring a water bottle when you go, and stick to the shade.

Whatever your beliefs, the religious sites in and around Jerusalem are too beautiful and historically rich to avoid. The hardest part about a walking tour is deciding where to begin. There are several guided walking tours you can follow. Most are free, though the guides happily accept tips, and all are English friendly.

Most popular tours tend to center around the Old City, Jerusalem’s historical center. Chief among its draws is the Church of the Holy Sepulchre, considered by many to be among the most holy sites in all of Christianity. It is claimed to be a prime candidate for where the resurrection of Jesus occurred, and as such, it is often incredibly crowded. If you must go inside the small tomb chamber, you will have to wait upwards of an hour most days. Otherwise, take a look at the humble exterior, and absorb the history from there.

The Temple Mount is another religious destination you cannot afford to miss. It’s sort of a fortress upon a hillside, accessible by four (heavily guarded) gates. It features the Dome of the Rock, the Dome of the Dome of the Chain, and the al-Aqsa mosque, each considered among the holiest temples in the world. If you’re not interested in the religious aspects, the Mount also showcases some of the best examples of Muslim architecture ever created. The Dome of the Rock alone is worth the whole trip.

Jerusalem inspires humility in a way few tourist destinations can. This is not a town of kitsch and glamor. This is a place for serious travelers looking to glimpse into the past, in one of the most important cultural centers in human history. The fact that the city has endured and preserved so much of its beauty is a testament to the tireless locals who’ve dedicated their lives to keeping their sacred city pure. And if you happen to drop by Jerusalem someday, you won’t be able to do anything but stare in awe.