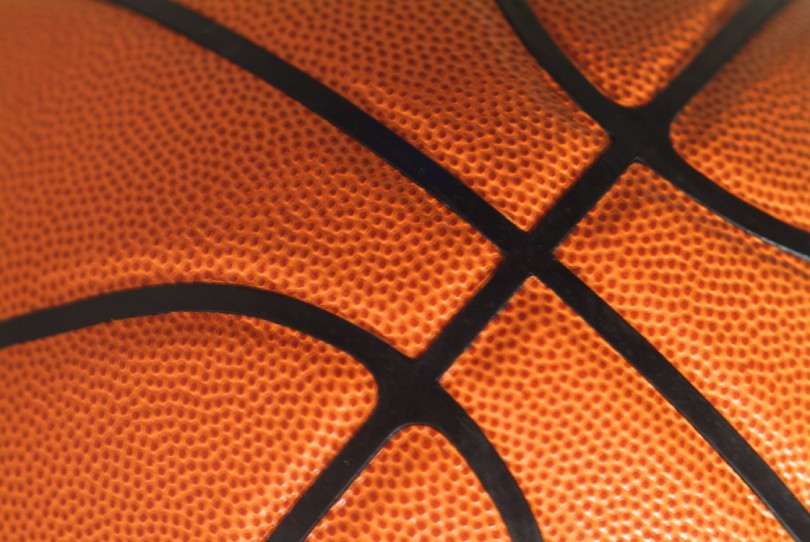 There is no doubt that every sport has a group of athletes who are truly exceptional who stand out from the crowd.  These dedicated and elite competitors set and accomplish goals that most of their peers cannot achieve.  Their stories, struggles, and achievements inspire millions of people.  In the National Basketball Association (NBA), those elite athletes have been inspiring legions of fans and supporters for over 50 years … 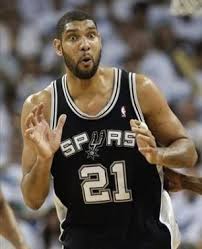 Tim Duncan is aptly regarded as “The Big Fundamental.”  A quiet, unassuming player, he has spent his entire career with the San Antonio Spurs.  He is revered for playing by the rules and incorporating the fundamentals of the game to achieve greatness as a player.  As a power forward and center, Tim Duncan has been a member of the NBA Championship team five times, and the league’s Most Valuable Player (MVP) twice. He is also a 15-time member of the NBA All-Star team. As a philanthropist, he created the Tim Duncan Foundation to raise awareness for general health, and to fund education and youth sports. This highly respected and admired member of the Spurs professional basketball organization also earned his degree in psychology while playing collegiate hoops at Wake Forest University. 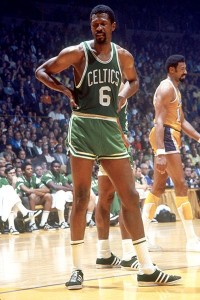 This all-star tasted victory on countless occasions as a center of the Boston Celtics. In his 13 seasons with the team (1956-1969), the Celtics won 11 leagues titles.  Using shot-blocking finesse, man-to-man defense techniques, and strong rebounding capabilities, Russell was a powerful force for the Celtics dynasty of the 70s.  He led the NBA in rebounds four seasons, and had over 1,000 rebounds in 12 of his 13 seasons.  Russell was also a member of the 1956 Gold Medal Olympic team. A prolific center, Bill Russell was also credited with inspiring his teammates to hone their defensive playing skills. 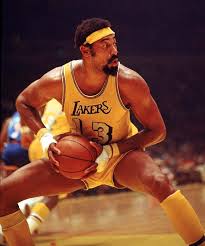 Wilt “the Stilt” Chamberlain holds numerous scoring and rebounding records in the NBA, and once score 100 points in a single game (1962.) Playing center for the Harlem Globetrotters, Los Angeles Lakers, the Philadelphia/San Francisco Warriors and the Philadelphia 76ers, the 7’1″ tall Chamberlain is widely regarded as one of the most dominant players in the history of the sport. He was a member of two NBA championships and won four league MVP titles during his 14-year career. “The Bigger Dipper” remains the only player in NBA history who averaged at least 30 points and 20 rebounds per game – a stunt he accomplished seven times. 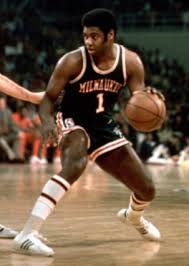 Oscar “The Big O” Robertson also hails from the Wilt Chamberlain glory days of the 60s and 70s, and he logged some incredible stats that would average much higher per game than most players then or even today. This alone gives him a spot on the list as one of the all-time greatest players of the game. Playing the shooting and point guard positions, he remains the only player in NBA history to average a triple-double for a season. Robertson played for the Cincinnati Royals and the Milwaukee Bucks during his 14 seasons in the NBA, and was named an NBA All-Star 12 times. He was also a member of the US Men’s Basketball 1960 Olympic team. 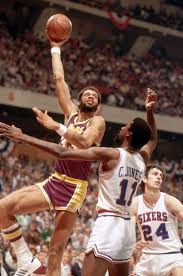 In his 20 seasons as a player in the NBA, Kareem Abdul-Jabbar still holds the record as the NBA’s all-time leading scorer with 38,387 total points.  As center for the Milwaukee Bucks and the Los Angeles Lakers, he was voted league MVP a record a six times. The Hall-of-Famer was also named an NBA All-Star a record 19 times.  Holding records in games played, minutes played, defensive rebounds, field goals and blocked shots, he is still considered one of the best basketball players in history.  Also holding the record for personal fouls (4,657), the center is also regarded as one of the most aggressive players in the NBA. As a player and coach, Kareem Abdul Jabbar (birth name, Lou Alcindor) was a member of six championship teams.  In 2007, ESPN voted Kareem Abdul-Jabbar the best center of all time. 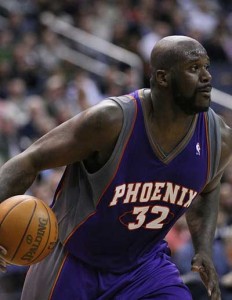 If there is an NBA player who could be considered a monster truck with relentless force who always made his way to the opposing basket, it would definitely have to be Shaquille. The 7’1″ player weighed around 325 pounds during his tenure in NBA, but he managed to move around like a 200 pound basketball player. Playing for six NBA teams, during his 19 year career, “Shaq” ranks sixth in all-time points scored and fifth in field goals. Since his retirement as an NBA player, Shaquille O’Neal has released four Rap albums, has appeared in several films, and is an analyst for the television show Inside the NBA. 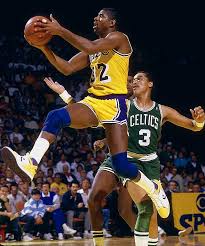 Most fans of basketball would agree that Ervin “Magic” Johnson and Michael Jordan initiated the 80s and 90s rock star era of celebrity basketball players. Playing point guard for 13 seasons with the Los Angeles Lakers, Magic is one of only seven NBA players in history to win an Olympic Gold Medal (as a member of the 1992 Olympic team), an NCAA Championship and an NBA Championship.  After retiring from the court, Magic Johnson continued his love of sports as co-owner of several teams across the spectrum of professional sports, including the Los Angeles Dodgers, the Los Angeles Sparks, and the Los Angeles Lakers.  In the late ’90s, he brought incredible awareness in the fight against AIDS when he announced his retirement as a professional basketball player as a result of his positive testing for the virus.   Magic continues his crusade against the disease today. 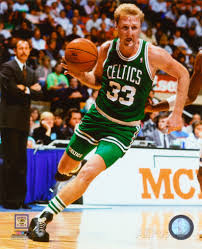 Larry Byrd played power forward and small forward for the Boston Celtics from 1979 until he retired in 1992.  In his 13 seasons as player in the NBA, Byrd was named the league’s MVP three consecutive times (’84-’86.)  He famously led a formidable front court Boston Garden trio with future Hall-of-Fame teammates Kevin McHale and Robert Parrish.  Byrd won a gold medal as a member of the 1992 Olympic “Dream Team.”  After a Byrd was an assistant coach for the Celtics after he retired from playing, and led the Indiana Pacers as head coach from 1999-2000.  He has since moved from courtside to the front offices, and is currently President of the Indiana Pacers.

Lebron James is widely regarded as the best small forward ever to play in the NBA. As a member of the Cleveland Cavaliers, he has won two NBA championships, has been the NBA’s MVP four times, and has won two gold medals as a member of the US Olympic Basketball teams (2004 and 2008.)   Since his 2003 first-round pick by the Cavaliers, Lebron has also started games as a power forward, and is nothing short of incredible in every aspect that the game allows.  He is an omnipresent player with lightning quick and calculated moves, and in 2013 became the youngest player in NBA history to score 20,000 career points.  Aptly named “The Chosen One” by Sports Illustrated when he was just a teen, this 6’8″ exceptional athlete is one of the most versatile players in the game. 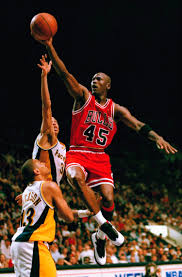 Michael “MJ” Jordan, has solidly secured the number one spot as the best all-time player in NBA history.  He signed with the Chicago Bulls in 1984, and is considered the best defensive player ever in professional basketball.  Jordan’s prolific scoring and leaping ability during slam dunk plays won him nicknames like “Air Jordan” and “His Airness”.  He and the Chicago Bulls achieved a “three-peat” by winning three NBA championships in a row-twice! (’91-’93 and ’96-’98.)  Jordan left the sport after the ’93 win to pursue a career in baseball, but returned to basketball with the Bulls two years later.  In addition to six NBA Championship titles, “MJ” also charted five MVP awards, and 14 NBA All-Star Game appearances.  He still holds the record for the highest career regular season scoring average (30.12 points per game.)  In 1999 Michael Jordan was designated by ESPN as the greatest North American athlete of the 20th century.    Jordan’s product endorsements with Nike have earned him multi-millions of dollars.  As the first billionaire in NBA history, he is now principal owner of the Charlotte Hornets.