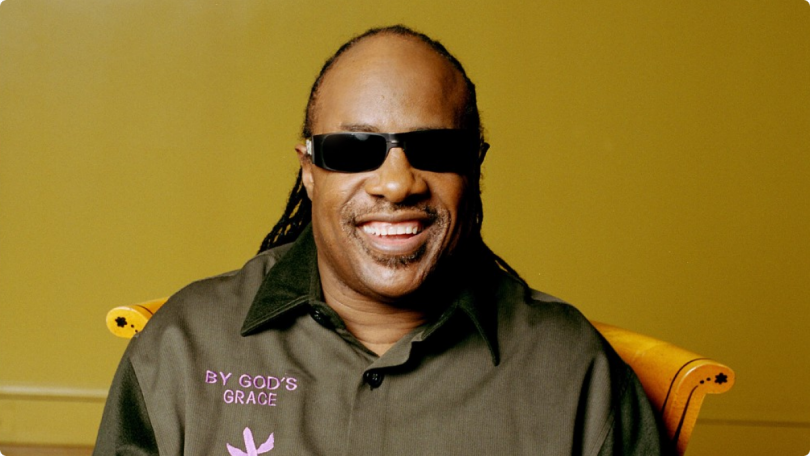 A Glimpse Into Stevie Wonder’s Music and Humanitarian Efforts

“Just because a man lacks the use of his eyes doesn’t mean he lacks vision.” – Stevie Wonder 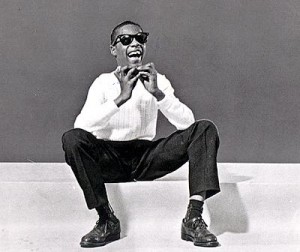 In spite of his inability to see and a turbulent childhood, Stevie Wonder discovered his love for music and immense talent at a young age.  At the tender age of 4, young Wonder began picking up instruments and astoundingly was discovered at the age of 11 by Ronnie White of the Motown ensemble, the Miracles. 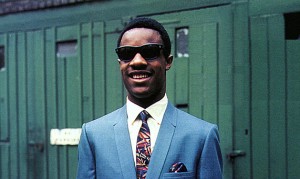 Born Steveland Hardaway Judkins, the young performer adopted his stage name “Little Stevie Wonder” and then dropped the “little” becoming Stevie Wonder and releasing his first successful single in 1964 titled, “Uptight (Everything’s Alright).”  While Wonder is a multi-instrumentalist he can most famously and historically be seen playing a piano. 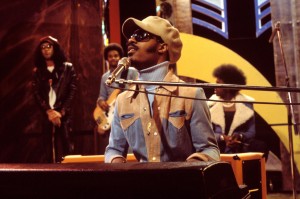 Throughout the 1970s Wonder was a force to be reckoned with.  Audiences adored his ear to ear smile, musical prowess and catchy lyrics.  A string of successful singles and continual work with Motown catapulted  Wonder to superstardom.  His 1970s hits include, “You are the Sunshine of My Life,” “Higher Ground,” “Living for the City,” and “Isn’t She Lovely.”  Wonder’s immense talent was recognized throughout the 70’s as he was awarded a total of 15 Grammy awards. 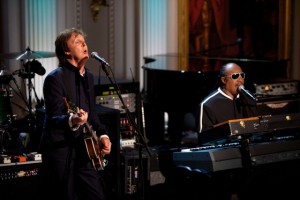 Most notably in the 80’s, Wonder achieved an Academy Award for his work singing the title track of the film The Woman in Red titled, “I Just Called to Say I Love You.”  Wonder also partnered with acclaimed musician and former member of The Beatles, Paul McCartney, in 1982 for the duet single, “Ebony and Ivory.”  The single was immensely popular reaching the top of the Billboard charts and spoke to an issue close to Wonder’s heart; racial equality and tolerance.  Additionally, Wonder’s incredible career and popularity was commemorated in 1989 with his induction to the Rock and Roll Hall of Fame. 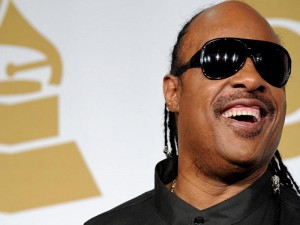 Wonder has used his celebrity status for good purposes throughout the course of his career.  In 1980, Wonder was an advocate for Martin Luther King campaigning for his birthday to be recognized as a national U.S. holiday.  The famous singer has also been recognized as a “Messenger of Peace” by the United Nations.

In June 2013, Wonder made a promise to the people of Marrakech, Morocco that he would hold a performance in Marrakech under the condition that the city delegates first sign a treaty promising to improve published material available for blind people.  Wonder’s conditions were met and the singer stated his intentions for similar treaties and improvements to be made worldwide. 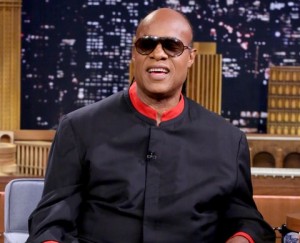 Wonder continued to be a recognizable and celebrated figure in the 90’s performing in the 1999 Super Bowl XXXIII halftime show alongside Gloria Estefan and KISS.  Wonder’s career has slowed down a bit over recent years but he still memorably pops up in cameos and various performances.  Over the holidays in 2015, Wonder was the subject of a commercial for Apple when he sang a beautiful rendition of “Someday at Christmas” alongside Andra Day.

Wonder’s career and mega songs including, “Boogie on a Reggae Woman,” and “Superstition,” have made him one of the most beloved musicians of all time.  Fans will always remember his talent, immense kindness, and generosity.  The iconic performer and humanitarian is famously quoted as saying, “I always just want to do better. I have to love and share like there’s no tomorrow.”

Here are some more articles of interest:

To read more about Stevie Wonder read his full biography here.  You may also follow Stevie on Facebook.