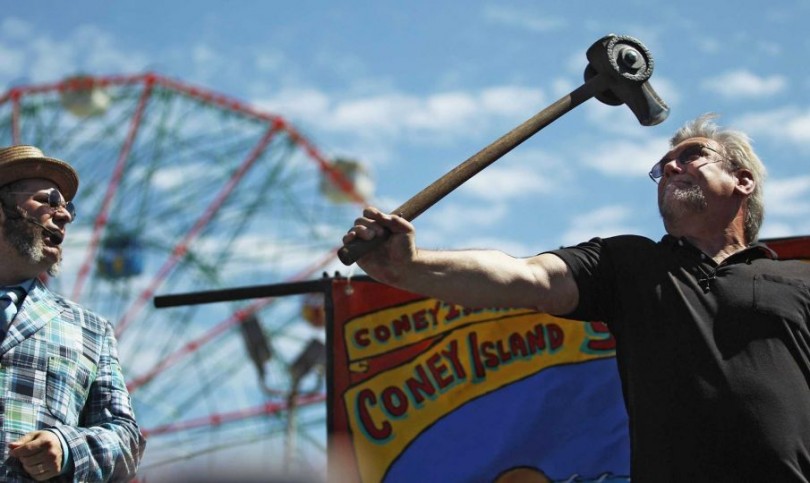 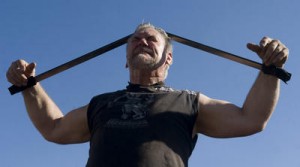 Sonny Barry is a pretty amazing guy; not only is he the lead singer of an oldie’s band, he is a steel-bending strongman.  In his 60s, Sonny is still able to perform the seemingly impossible feats of steel bending and twisting that culminate in numerous yearly invitations to demonstrate his incredible strength and skill. 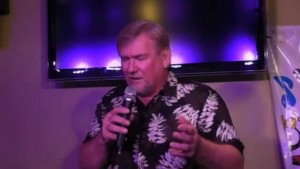 As the lead singer and guitar player of the band, Stay Tuned, Sonny performs at various area events.  His interest in music started when he was growing up in Philadelphia.  One day his father came home bringing drums, a guitar, a microphone, and an amplifier.  It’s not surprising that Sonny’s love for music was born the day the instruments came home and by the time the 1960s arrived, Sonny was the headliner in the band, the Unforgettables.  Today, he and his current band practice upstairs over his garage where there is a drum set, a guitar and amplifiers sitting next to a boxing ring. 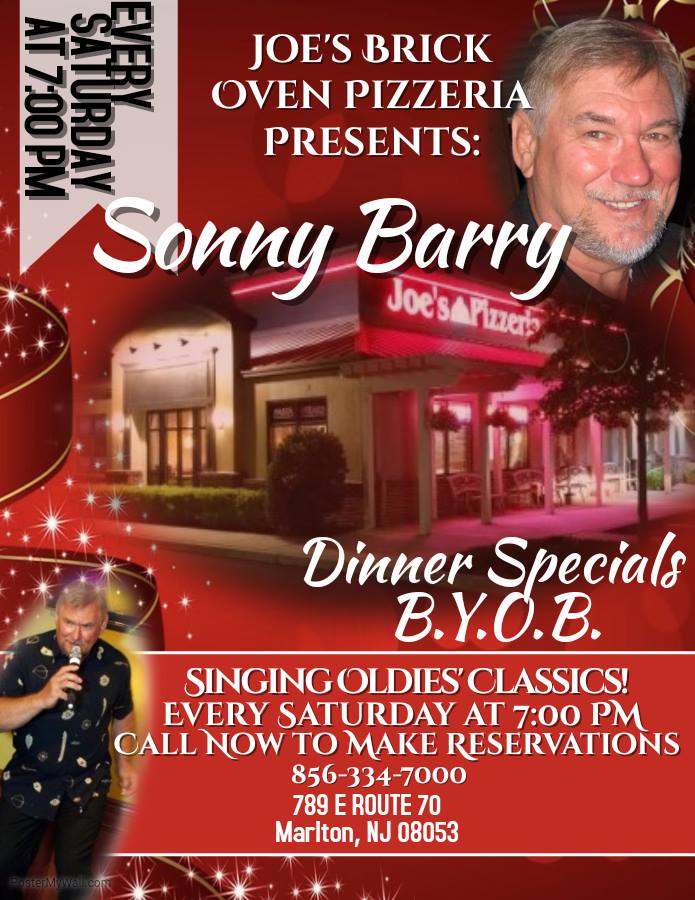 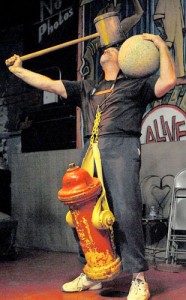 He was 12-years-old when he made his first set of weights, which were constructed from two one-gallon paint cans with an attached pipe.  As he built muscle and increased his strength Sonny started lifting car rims, and it wasn’t long before he was challenging neighborhood kids to arm wrestling and boxing. In addition to his already mentioned skills, Sonny excels in wrestling, boxing, and martial arts.  Sonny keeps plenty of weights in the garage; his personal gym contains hand gripping and arm wrestling machines.  While walking up and down his driveway he carries a 125-pound rear axle and performs overhead presses and dead lifts.  The items Sonny bends include wrenches, bolts 2 7/8 inches long by 3/8-inch thick, steel bars, and railroad spikes. 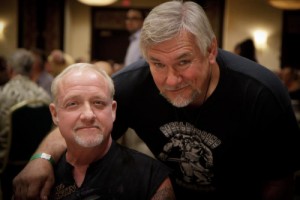 When he was 30-years-old, Sonny was working in a gas station in Cinnaminson, New Jersey, and it was there he met strongman Greg Matonick.  Greg was already out on the circuit performing his feats at various events.  Minutes after they met, the two men arm-wrestled right-handed and Greg was the winner.  They repeated it left-handed and this time Sonny won.  They decided they were even.  They discovered they both could bend horseshoes and very soon a lifelong friendship was formed.  Speaking of Sonny, Greg said, “Nobody in the world can do what he does.  He won’t brag about it, but I’ll brag about it for him.” 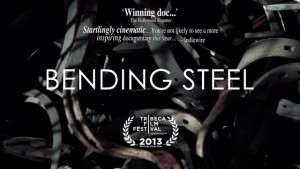 Sadly, Greg passed away in 2012 before the feature-length documentary, Bending Steel, including him and his friend Sonny which premiered in 2013.  The traditions developed during their long friendship continue to survive in Sonny’s steel-bending performances.  He was invited to be a guest on TRU TV’s Hardcore Pawn, where he demonstrated his skills by bending a wrench into a pen-holder and a horseshoe into a heart.  The pawnshop owner purchased both of the items. 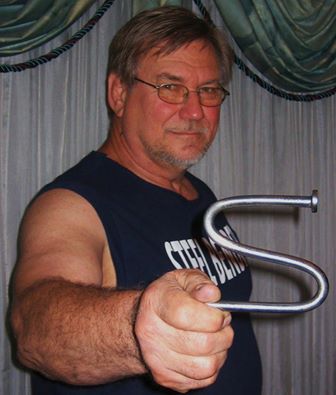 S is for Sonny 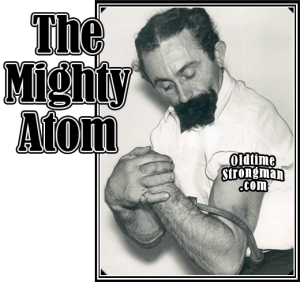 Sonny cites his idol, legendary strongman Mighty Atom, who said, “I will do it as long as I can.”  Mighty continued performing until he reached his mid-80s.  Sonny Barry plans to continue performing as long as his health allows, and you can be sure there will be many younger performers trying to match his success.