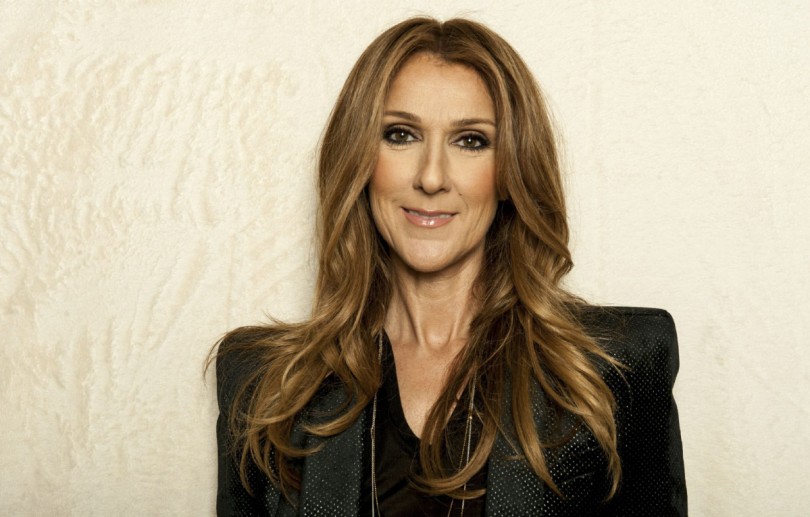 The powerful voice behind the critically acclaimed hit song, “My Heart Will Go On,” Celine Dion is a beloved performer whose 35-year career has enjoyed immense success while charting a legacy of soaring love songs and ballads. 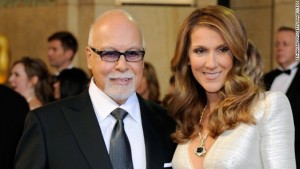 Hailing from Quebec, Canada, Dion’s career trajectory was originally geared toward the French speaking community.  The youngest of a very large family, Dion began singing and dancing at the age of 5 in her family’s band.  Recording alongside her mother, 12-year-old Dion’s demo tape would eventually end up in the hands of producer Rene Angelil who would commit his life and livelihood to making Dion an international success. 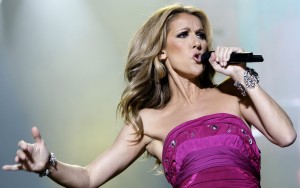 French audiences adored the songstress who was awarded in 1982 at the Yamaha World Popular Song Festival and again in 1988 at the Eurovision Song Contest.  Dion continued to record in French eventually giving American audiences a taste of her talent in 1990 with the release her first English-speaking album, Unison which enjoyed great success selling more than 1 million copies. 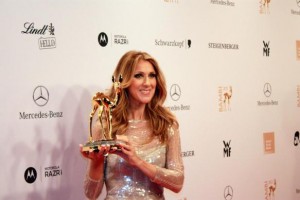 Dion capitalized on her American success spending the next decade establishing herself as a vocal powerhouse and force to be reckoned with. Under the direction of her producer-turned-husband, Angelil, Dion belted out chart topping singles that served as the soundtrack for movies and earned the star a bevy of awards. 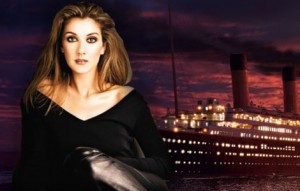 In 1992 Dion was awarded a Grammy and Academy award for her work singing the title song on the Disney blockbuster, Beauty and the Beast. In 1993 Dion released the album The Colour of My Love which included singles, “When I Fall in Love” and “The Power of Love.”  Later hits including “Because You Loved Me” paved the way for Dion’s career-defining single, “My Heart Will Go On” which was the signature track of the award-winning film Titanic. The track earned Dion international recognition and the Oscar award for best song. 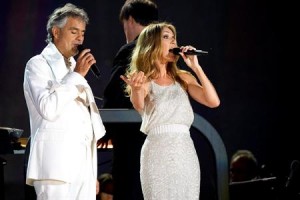 Celine Dion amassed a huge following in the 90’s and closed out the decade making appearances on TV shows, touring, recording new material and deserving the respect and praise of her critics and fellow performers whom she often collaborated with including recording the number one hit “I’m Your Angel” with popular R&B performer, R. Kelly in 1998.  The song was featured on Dion’s Christmas album, These Are Special Times which also featured collaborations with artists Bryan Adams and famous Italian tenor, Andrea Bocelli. Dion’s duet with Bocelli, “The Prayer” earned a Golden Globe Award in 1998 for Best Original Song. 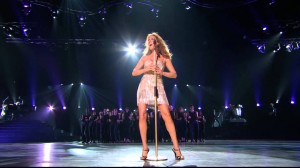 After a brief hiatus, Celine Dion returned to prominence in 2002 with the album A New Day and a performing deal with The Colosseum at Caesars Palace in Las Vegas.  Fans enjoyed Dion’s dazzling performances five nights a week. The spectacular show coupled the legendary performer with a full band, orchestra and visually stunning elements.  After enjoying a successful three year run Dion took a break from show business eventually re-emerging later in 2007 with headlining performances and new material. Due to its immense popularity, Dion returned to Caesar’s Palace in August of 2015 and again received an outstanding reception with the Las Vegas Weekly reporting, “A Colosseum return reinforces Celine Dion’s spot among Las Vegas’ performing legends.” 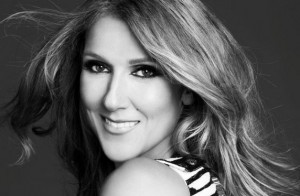 Over the years Dion has surfaced in and out of the spotlight but overall the songstress has built quite an empire for herself and is highly regarded as the second-highest earning musician of all time.  Possessing a larger than life voice and providing fans with mesmerizing performances, it’s easy to get #hookedon Celine Dion.  Learn more about the international sensation here.