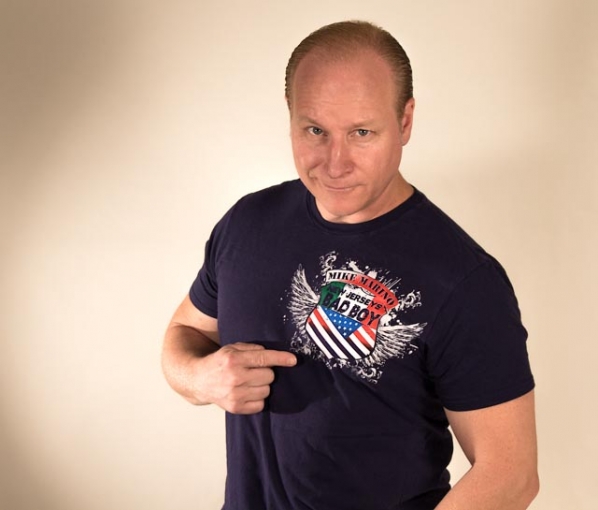 With a razor-sharp tongue and a heart of gold, comedian Mike Marino might just be America’s next President!

Affectionately known as ‘New Jersey’s Bad Boy of Comedy,’ Mike Marino is an authentic New Jersey Italian with a North Jersey accent, and a hilarious stand-up routine which has him headlining around the globe.  With his Italian wit and razor sharp tongue, Marino has filled numerous iconic venues including the MGM Grand and Tropicana Casinos in Las Vegas, The Comic Strip in New York, The Laugh Factory in Los Angeles and Las Vegas, and The Comedy Store in Hollywood. 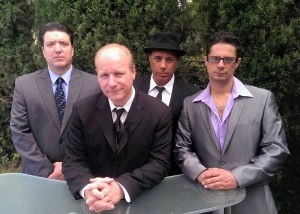 A considerable amount of Marino’s comedy is inspired by “hard knock” stories of growing up in an Italian family in Jersey City, New Jersey.  While much of the language in his stand-up routine is adult-oriented, Mike stays family-friendly when performing or interviewing on television and radio. One of his biggest fans is a seven year old boy living in Guadalajara, Mexico, who brilliantly imitates Marino’s comedic style and nuance.  Yet another is a 12 year old boy who dressed up as Mike Marino for Halloween.

During a 2012 television interview on Comics Unleashed, Mike Marino went into hilarious detail to explain why the United States needs an Italian President from New Jersey.  Marino’s interview quickly went viral; millions of people began following him, boosting his popularity and respect as a skilled stand-up performer.  Marino’s Presidential Comedy Tour and “Vote for Me” campaign has garnered thousands of views and responses.  Vote for him using the hashtag #Marino2016.

Mike Marino’s style of comedy as a sarcastic wise guy was well-timed with current pop culture, as America became increasingly obsessed with another group of funny Italian-Americans, the cast of Jersey Shore.  Both play into the universal stereotypes of Italian Americans as being tough talking, dirty fighting hooligans and meatheads. In one of his routines, Marino hilariously explains why his 84-year old mother’s dreams of being on The Family Feud will never happen, because there is good reason why tough talking Italian-Americans are not chosen for game shows.

While his accent is certainly real, viewers may wonder just how much of Marino’s persona feeds into his comedy, or is representative of his personality.  With a razor-sharp tongue and a heart of gold, Marino is clearly as talented at playing someone else as he is performing his stand-up routine.  As a graduate of the American Academy of Dramatic Arts, Mike Marino has been cast in movies and television roles, including 2012’s Mama Needs a Ride, and 2015’s Pizza With Bullets, starring Vincent Pastore and Talia Shire.  Marino often jokes in his stand-up performances, that he’s always wanted to play a mob boss in a mob movie, yet he invariably ends up being cast as the Irish-American cop who gets whacked in the movie’s opening scene. 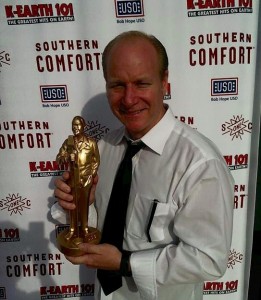 Mike Marino recently completed filming a TV sitcom pilot titled Reconstructing Jersey, which co-stars fellow comedian Sunda Croonquist, and comically recounts Italian American families and their cultural impact on our society.  Marino is a rising star — one of the funniest and most popular stand-up comedians today.  He has been featured on numerous talk shows, comedy festivals and award shows, and has headlined several USO Comedy Tours. In 2008, Mike Marino was inducted into the New Jersey Comedy Hall of Fame, and on July 1, 2015, Mike was awarded the USO Bob Hope Comedy Award at the Laugh Factory in Hollywood.

On Saturday October 3 2015, Mike brought his comedic talent to Montréal’s Marianopolis Millennium Foundation’s first-ever comedy show fundraiser.  The event raised a nice chunk of change while everyone in attendance managed to laugh until their sides hurt.  Thanks to sponsors including Pasta Casareccia Resto-boutique, Café Santo Domingo Canada, Plaza PMG, and Services Alimentaires Monchâteau, and especially those who bought tickets in support of the Foundation. 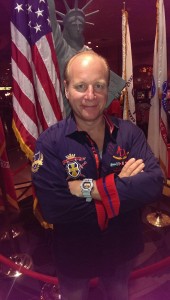 Mike Marino often has stand-up performances scheduled along the Eastern seaboard during summer months, and performed a rip roaring show on Black Friday 2014 at the Borgata.  In addition to performing in the Italian Bad Boyz of Comedy Tour during October and November, he will bring his own brand of funny to Laughs Unlimited in Sacramento, CA. from December 31, 2015 until January 3, 2016.

After a three-day tour schedule in Dubai in early January, Mike has performances scheduled throughout Florida through March of 2016.

A complete schedule of Mike Marino’s 2016 comedy tour can be found on his website or by visiting the Upcoming Events at Hooked on Entertainment.

Stay up to date with everything else by clicking here: https://hookedoneverything.com/stay-up-to-date/