Fans of the outdoors and extreme adventure no doubt recognize the name Steve Irwin. Born Stephen Robert Irwin on February 22, 1962, the man the world knew as The Crocodile Hunter would go on to fame and fortune in his native Australia. 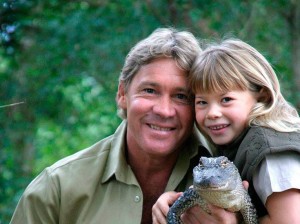 Steve Irwin was fascinated with reptiles, especially crocodiles, from a young age, and it is no wonder. His parents owned and operated the popular Beerwah Reptile and Fauna Park in the 1970s, and young Steve often helped with the exhibits and the animals.

Those early experiences helped pave the way for Steve Irwin’s future career as an educator, adventurer and lover of nature. By the age of six, young Steve Irwin was already tracking and catching snakes, including the venomous varieties so common in Australia.

By the time he was nine years old, Steve Irwin was confident enough to help his father track down and relocate problem crocodiles. These small crocs could often be seen lounging around the boat docks, causing trouble for the locals and scaring the tourists. 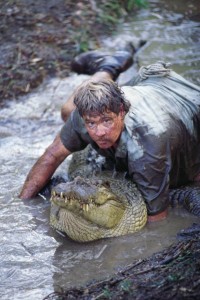 Both Steve Irwin and his father dealt with the troublesome reptiles by jumping into the water and wrestling them into submission. Steve Irwin loved the adventure, and the experience helped cement his future career as the Crocodile Hunter we all know and love.

Since he was a boy, Steve Irwin always had a special connection with wildlife. He had an uncanny ability to know what his animal friends were thinking, and he used that sense to educate the public and protect the reptiles he loved. 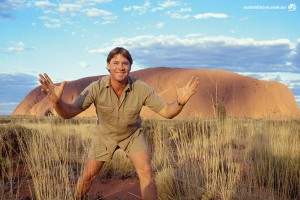 Before he was the famous Crocodile Hunter, Steve Irwin loved working with crocodiles and helping to keep them out of danger. In the 1980s, Steve Irwin lived in some of the most remote areas of North Queensland, where he caught problem crocs before they could cause trouble for the natives or become victims of poachers. 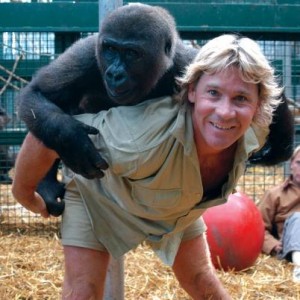 It was during this time that Steve Irwin developed the crocodile capture techniques professionals still use. By 1991, Steve Irwin was managing the family wildlife park, now called the Queensland Reptile and Fauna Park. When Steve’s parents retired in 1992, he took over full-time operation of the park, renaming it the Australia Zoo in 1998.

Throughout the 1990s and early 2000s, Steve Irwin worked tirelessly to bring the world of reptiles to the general public. Through his public persona as the Crocodile Hunter, Steve Irwin helped dispel countless myths about these misunderstood creatures and promoting conservation of the wild areas they call home. While Steve Irwin enjoyed his Crocodile Hunter persona, he always thought of himself as a conservationist first. He was fiercely proud of his work as a conservationist, and that work remains his true legacy. 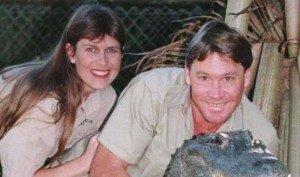 The life of Steve Irwin was tragically cut short in a freak 2006 accident. Steve Irwin was on a diving expedition when he suffered a fatal stingray sting. He left behind a lifetime of caring for wildlife, a legion of fans and a unique ability to educate and entertain the general public. Steve’s widow, Terri, and their children are continuing in the footsteps of their beloved husband and father. They are also animal activists and conservationists, and Terri is owner of the Australia Zoo.