Thessaloniki, also called Salonica, Salonika or Thessalonica, is a Greek city situated in the Central Macedonia region.  This urban center shelters numerous Byzantine, Sephardic Jewish, Ottoman and Roman monuments, the most significant being the Byzantine and Paleochristian monuments of Thessaloniki, included on the list of UNESCO World Heritage Sites.  Thessaloniki is among the oldest European cities, having a history of more than 2,300 years.  The city is home to the largest university in the Balkans and in Greece, the Aristotle University. 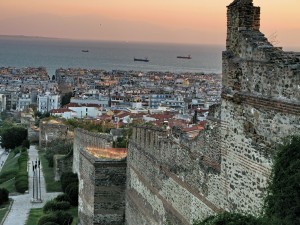 One of the most impressive aspects of Thessaloniki is its architecture.  It has many factories, warehouses, theaters, hotels and banks dating from the 18th century.  After 1870, the city began to revolutionize; numerous ancient walls were demolished and the city began to expand west and east.  In recent years, the buildings combine Byzantine, Art Deco, Art Nouveau and contemporaneous architectural styles. Some of the Byzantine walls in the north of the city are still standing including, the iconic White Tower, a famous landmark.  The tower dates from the 16th century AD.  Tourists may also see some ancient walls in the Upper Town. 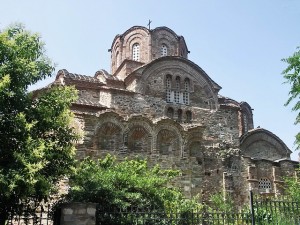 Visitors of Thessaloniki must add visiting the Byzantine churches to their itinerary.  Built in the 5th and 14th centuries ACE, the most famous churches are the Agia Sophia, Agios Demetrios, St. Nikolaos Orfanos and Rotunda.  On your Byzantine church tour make sure to visit the ruins of the Galerius Palace and the Arch of Triumph.  Thessaloniki encompasses numerous Turkish influences. Tourists should take your time to see Hamza Bey Camii, a building that shelters numerous exhibitions, Alatza Imaret, an Ottoman poorhouse, Bezesteni, an Ottoman market with precious metals and jewelry, and Bey Hamam, the Turkish public baths. 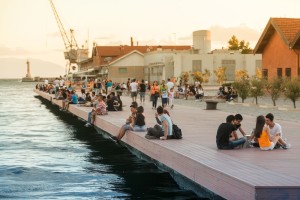 Tourists looking for cuisine off the beaten path will find local options at the Modiano Market.  Try the Omega and Terpsis specialities or the delicious sweets like galaktoboureko, baklava, tsoureki and the Bougatsa pies.  These sweets can be found in the numerous pastry-shops including Elenidis, Terkenlis and Chatzis.  If you want to taste some local cuisine go to Odos Aristotelous, Vrotos, Makedoniko, Ellinikon, Agora, Kamaras and Zythos-Dore.  Try the soutzoukakia, meat pellets with cumin and tomato sauce and topped with pepper flakes. 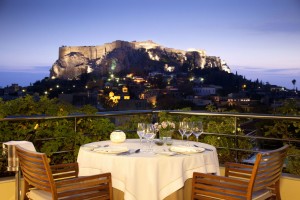 Choose Thessaloniki as your next destination if you want to see how well history blends with modernity.