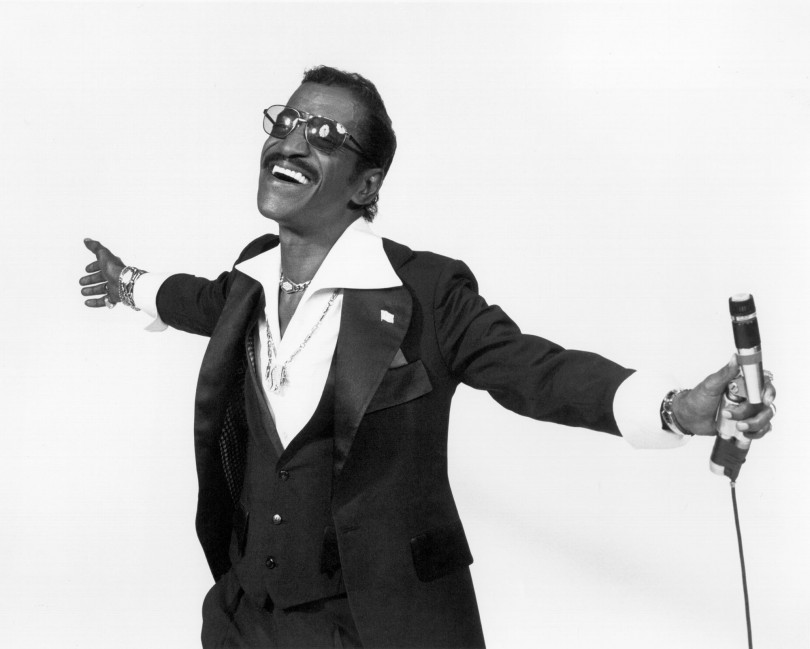 Sammy Davis Jr. was born into a racist period of time and, in many ways, had the odds stacked against him as he set out to entertain.  Truly possessing star talent, the brilliant performer was able to rise to fame in the face of discrimination and oppression. 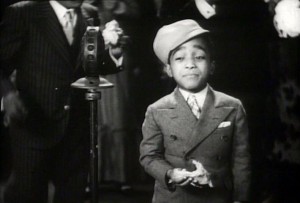 Born and raised in Harlem, New York Davis sought solace in entertainment from a young age viewing performing as a way to stay safe from racism and gain the adoration of a white audience.  The young performer learned at his father’s coat tails.  Sammy Davis Sr. was part of a dance troupe that, after discovering Sammy Davis Jr.’s talent, added the youngster to the ensemble.  Davis Sr., Davis Jr., and fellow performer Will Mastin collaborated to form the Will Mastin Trio. 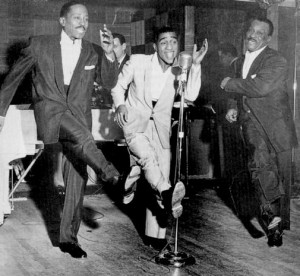 Davis Jr.’s immense talent was evident from the onset and allowed him to quickly steal the show.  In 1943, the burgeoning star was drafted to World War II where he was the recipient of abuse and racism by his white peers.  The performer’s resolve to overcome and hone in his craft strengthened as a result.  Davis’ talent knew no bounds; as a passion for entertainment unfolded the star found himself dabbling in comedy, acting and singing.  Davis continually proved resilient as a car accident caused him to lose his eye but did not result in his career slowing down. 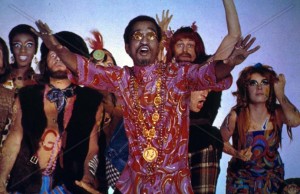 The irrepressible singer released two albums, Starring Sammy Davis Jr. and Sammy Davis Jr. Sings Just for Lovers that further grew his already massive fan base.  Further, Davis’ popularity allowed him to appear in several films and shows including Porgy and Bess, The Frank Sinatra Show, the films A Man Called Adam and Sweet Charity as well as headlining his own variety series in 1966, The Sammy Davis Jr. Show which coincided with his album by the same name. 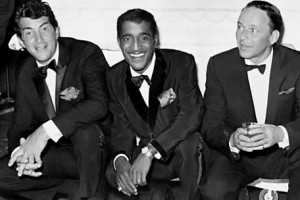 The iconic performer gained international star status and was one of five members that would come together to form the infamous “Rat Pack.”   The pack was comprised of Hollywood big shots and entertainers, Frank Sinatra, Dean Martin, Peter Lawford and Joey Bishop.  The five became known for their partying ways, often seen at the Las Vegas and Los Angeles club scene known for drinking and gallivanting with women.  The comedic and artistic talent of the rat pack allowed them great success as they performed in nightclubs together and starred alongside one another in films Ocean’s 11, Sergeants 3, and Robin and the 7 Hoods. 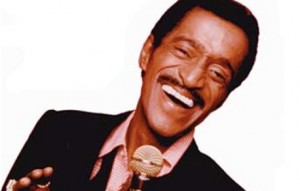 Davis passed away in 1990 but his career continues to shine brightly.  The prolific and resilient performer continued to entertain until the very end and is highly regarded for his activism against racism.  The highly sought after entertainer famously would not perform at nightclubs that practiced racial segregation.  Davis balked in the face of adversary, often courting and marrying white women although bi-racial unions were illegal at the time. 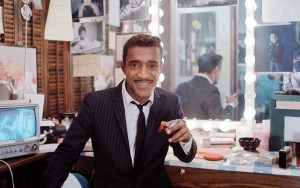 Davis was serious about his craft continuing to release albums throughout his career and enjoyed many stints on Broadway.  Many of his singles including, “What Kind of Fool Am I” and “The Candy Man” enjoyed great success on the Billboard charts and his stage performances received critical acclaim with the 1964 production of Golden Boy earning him a Tony nomination.  The iconic performer is often remembered by impersonators and performers including the talented, Geno Monroe.

To learn more about Sammy Davis Jr. read his complete biography or visit his website.