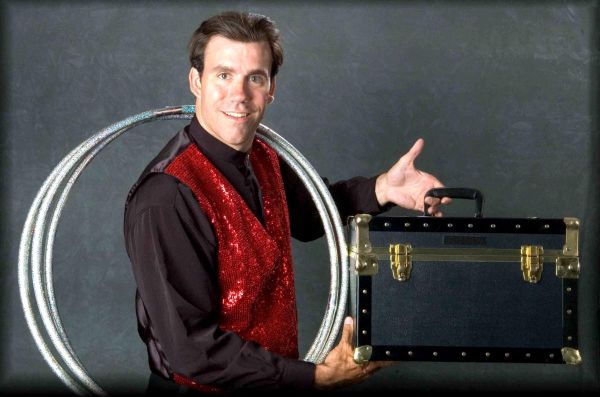 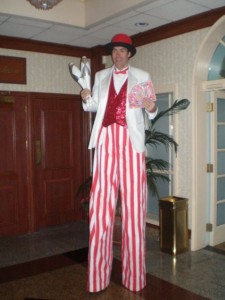 Lou Johnson is widely known for his stage name, Lou “Juggler” Johnson, and has been delighting audiences for more than two decades. Born as Lewis Johnson, he preferred to be called Lou.  Initially, he caught the attention of audiences shortly after graduating from the acclaimed Ringling Brothers & Barnum + Bailey Clown College in 1990.  Since then he has studied, mastered and performed a myriad of different routines, much to the thrill and delight of his audiences.  Throughout his 25 year career, Lou has logged multitudinous collaborative performances and solo appearances, and continues to acquire new fans wherever he performs. 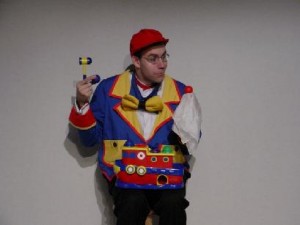 Thousands of long-standing fans of Lou Johnson undoubtedly remember him from the Bingo the Clown® days.  While those early performances were rather low-key, often taking place at local Ground Round restaurants, they were also groundbreaking and memorable.  The venue was perhaps a bit humble; however, his performances were anything but that.  In his Bingo the Clown® persona, Lou Johnson delighted audiences with amazing interactive magic tricks, which has become a showstopping talent he’s honed throughout the past 25 years.  Below, you will see just how Lou Johnson is the sought after juggler as he has been hired for a few different commercials. 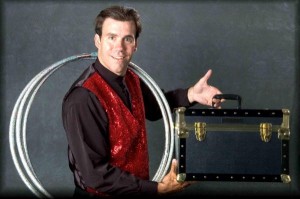 Lou’s love of magic and performance extends much further than his professional career, however.  Long before he graduated from the Ringling Brothers Clown College, Lou was performing magic tricks for friends and family members. In fact, Lou started performing magic at the age of 6.  By the time he entered his 20’s, Lou had already served as ringmaster and master of ceremonies for a variety of areawide events.  It is often said, “The show must go on.”  To this day, Lou continues to step in and perform his magical routine when other booked acts are unable to perform. 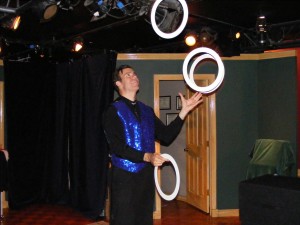 During his two-plus decades of performance, Lou Johnson’s talents have taken him around the country.  From local performances to the stages of Branson, Missouri and the Snapple Theatre on Broadway, to Canada’s Premier Soir, Lou Johnson has delighted and entertained audiences from coast to coast and everywhere in between. 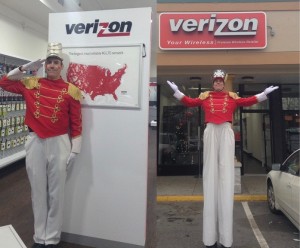 Lou Johnson brings a vast array of talents to each stage and puts 150% into each of his performances.  Whether he is serving as master of ceremonies for an annual corporate meeting, stilt walking, or juggling on a Broadway stage, Lou’s primary goal is to bring joy and entertainment to his audiences. 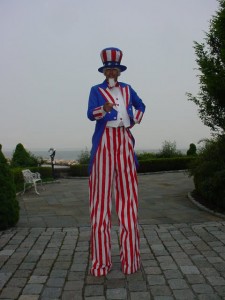 Perhaps this is one of the reasons why he has become one of the most sought after performers in the local area, and throughout the country.  Whether he is juggling, or engaging audiences with mesmerizing magic tricks or performances as a patriotic and towering Uncle Sam, Lou Johnson brings a passion for performance to stages from coast to coast.  He is always anxious to meet new fans, perform new tricks and expand his already sensational repertoire.  Lou is a Gigmasters ‘Gold Member’, and in 2012, Gigmasters named him as one a ‘Best of Winner’ and a ‘2012 Rising Star’.  As well, today Gigmasters has Lou Johnson as the #1 Juggler in NY.

Lou has skillfully mastered stilt walking, unicycling while juggling, balancing plates and ladders, countless card and magic tricks, and so much more.  He is also gifted in teaching these extraordinary techniques to students of the craft.  Lou Johnson is a consummate performer and master of ceremonies, and is always thrilled to entertain audiences, whether at local venues or private events including sales meetings or corporate events. 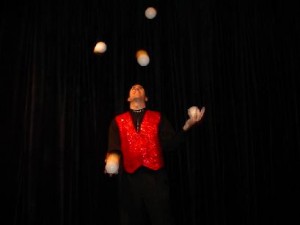 To learn more about this seminal performer, or to inquire about hiring Lou Johnson for private or corporate events, check out his official website.  He often teams Cynthia Johnson, who is a face-painter, balloon twister and clown.  Together, they’ve formed an invincible team that is dedicated to ensuring their clients’ events are incredibly special and memorable.

Get Hooked on Everything where getting hooked is easy, fun and informative!

5 Reasons Why Pitbull Really is Mr. Worldwide – Hooked On Everything