Sicily: Sparkling Jewel of the Mediterranean

As one of the most breathtaking and singular destinations in the Mediterranean, the Italian island of Sicily has long been at a crossroads of cultures.  Its geographical location and terrain are unique and attract many travelers from all over the world. 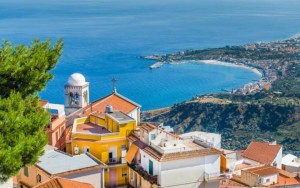 Visiting Sicily makes for an exciting adventure filled with enchanting sights, delectable cuisine, and historic attractions.  Located at the foot of Italy, Sicily is a rugged island that gets quite hot in the summer.  Many people travel to the island in the spring and fall; however, winters tend to be comfortable too.  Sicily is home to archaeological ruins, vibrant cities, and picturesque towns and villages.  The food of Sicily is an attraction all its own.  Sicily is also home to incredible natural attractions like volcanoes and stunning beaches.  If you are in search of a scenic destination with a wealth of cultural charm, Sicily will not disappoint. 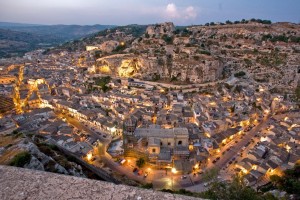 Sicily is home to cave paintings that date back to roughly 8,000 BC.  Ancient peoples like the Sicani and Elymians made their home there.  Later, the island was visited by groups like the Phoenicians and Egyptians who left their stamp on the history and culture of the island.  By 750 BC, the Greeks began living on the island.  These various groups that would later include the Romans all left an indelible mark on Sicily.  Many travelers come to the island to visit famed historical ruins like the temple ruins at Solunto, the Selinunte Temple, and the Roman amphitheatre at Syracuse.  Aside from its ancient attractions, Sicily is also home to an extraordinary array of architecture like the Catania Duomo and the medieval castle of Erice. 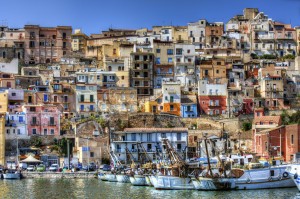 When visiting Sicily, there are several must-see attractions that include the capital city of Palermo.  The city is home to many landmarks like the Palermo Cathedral, San Cataldo’s Church, the Piazza Pretoria, and Palazzo dei Normanni. The Teatro Massimo, Palermo’s renowned theatre, is a hub for the city’s art scene.  Palermo features museums, galleries, and many fine restaurants that travelers will find fascinating. 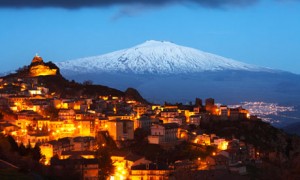 Mount Etna is an exciting natural attraction that visitors will definitely want to add to their travel itinerary.  One of the island’s most important tourist destinations, Mount Etna is Europe’s tallest volcano and features largely in Italian history and culture.  Located in the province of Catania, Mount Etna is an active stratovolcano that is known for its frequent activity.  Sicily’s off-shore islands like the Aeolian Islands are definitely well worth visiting.  Stunning beaches and charming villages attract travelers who love postcard settings.  The Aegadian Islands feature breathtaking vistas as well as time-worn ruins. 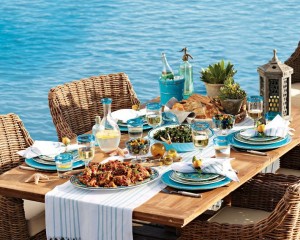 Not surprisingly, Sicilian cuisine has much in common with the cuisine of other Italian regions.  However, it also features decided Greek, Spanish, Arab, and even French influences.  Seafood, pasta, tomatoes, olives, and peppers feature largely into the cuisine of the island.  When visiting Sicily, be sure to try popular dishes like couscous al pesce and spaghetti ai ricci.  If you want to enjoy an unforgettable vacation in a breathtaking setting, Sicily offers travelers many great options.  Whether you simply want to enjoy a gastronomical tour of the island or wish to visit its scenic, cultural, and historical attractions, Sicily is the perfect Mediterranean holiday getaway.

An African Safari and the Exotic Wildlife

How to best explore Puerto Rico