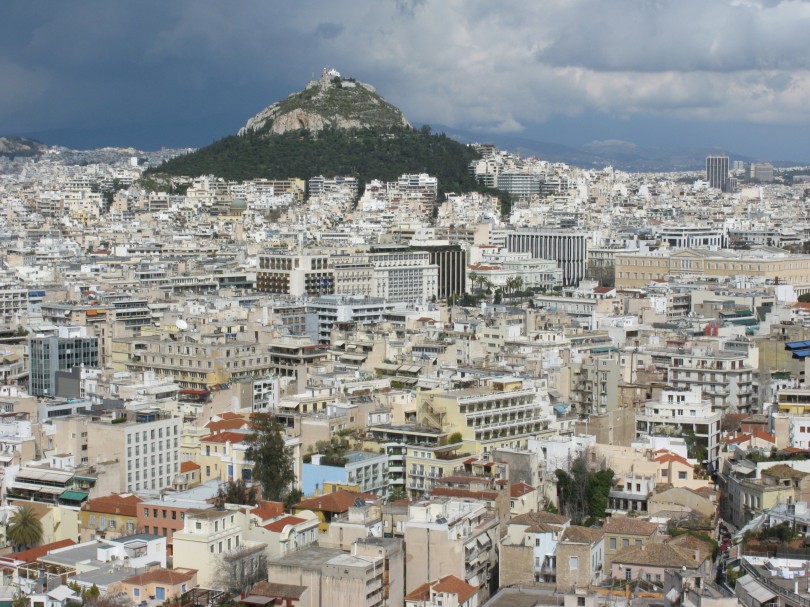 Athens Greece is a beautiful and modern city teeming with ancient history and archaeological sites, so the blend of the two draws visitors from around the world.  Athens boasts a modern subway system and convenient freeways, and navigating the city is fairly easy as the signs are also posted in English.  Visitors to Athens Greece will find a cultural mecca where ancient ruins, European customs, and chronometric values and mythology converge.  Anyone visiting Athens and other Greek destinations including the Greek Islands will surely be visiting the region’s most prominent sites. 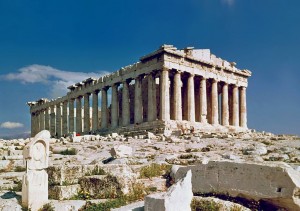 The Parthenon is an important cultural landmark to the citizens of Athens.  The temple was originally built to honor the goddess Athena, the patron of the people.  Construction began in 447 BC, during the height of the Athenian Empire. The Parthenon is a shining example of classic Greek architecture.  Its decorative and ornate sculptures are stunning lessons in Greek art.  The primary function of The Parthenon was to protect the statue of Athena which was constructed out of gold and ivory 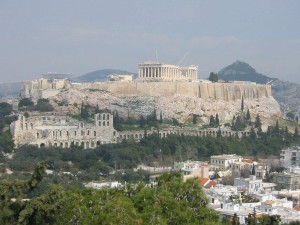 An icon of ancient Greek culture is the Acropolis of Athens.  Also referred to as ‘The Athenian Acropolis,’ this UNESCO landmark is one of the world’s greatest symbols of European culture and the beginning of western civilization.  The Acropolis is located in the ancient city of upper Athens where you will also find the Temple of Athena, Nike, and Theater of Dionysus.  This area of Athens dates back prior to 300 BC.  As with most tourist destinations, the best time to visit The Acropolis is during early morning before the crowds arrive, or in early evening before sunset. 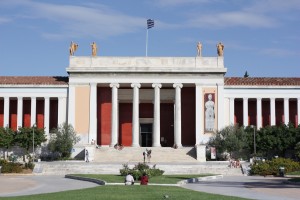 Home to many of the most revered artifacts in Greece, the National Archaeological Museum should be on every visitor’s list.  One of the greatest museums in the world, this massive archive of antiquity is filled with opulent symbols of the profound cultural impact and landmarks in Greek history.  The museum features over 11,000 exhibits which provide visitors with an amazing panorama of Greek culture from Prehistory to Late Antiquity.  The museum’s five permanent exhibits are the ‘Collection of Prehistoric Antiquities’, ‘Sculptures Collection’, ‘Vase and Minor Object Collection’, ‘Stathatos Collection’, and the ‘Bronze Collection’. 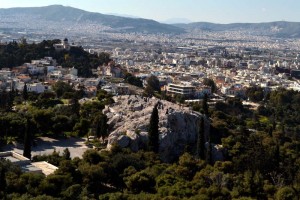 Greece was home to many agoras, which were open areas where people would assemble for any purpose.  Some served as open marketplaces while others were designed for political meetings and other uses.  The Ancient Agora of Athens is considered the best known and most popular due to the many prominent historic figures who utilized it.  This agora is where Socrates could be found lecturing. It is also where the apostle Paul preached and cultivated converts for his teachings of Christianity. 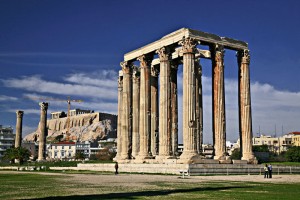 Construction on Temple of Olympian Zeus began in the 6th century BC.  This iconic temple remained unfinished for nearly 640 years until the 2nd century AD, during the reign of Roman emperor Hadrian.  During the Roman Period, the Temple of Olympian Zeus was regarded as the largest temple in Greece.  Soon after the temple was completed, however, vandals ransacked and left it in disrepair and remains in ruins today.  Much of the ruins were eventually quarried for other construction sites, yet a substantial portion of the temple remains, preserving it as one of the country’s most popular tourist attractions. 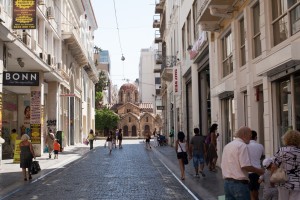 There are innumerable majestic and beautiful ruins found throughout the city of Athens.  Other historic places of interest in the city include Plaka, a quaint village in the oldest section of Athens.  It is filled with restaurants, cafes and shops, and is a great place to enjoy some relaxation after a day of sightseeing.  Pick up gifts and memorabilia for yourself in the many boutiques filling Plaka.  (No cars are allowed in this historic area so wear some comfortable shoes.)  Other places of interest include the Benaki Museum, National Garden of Athens, and the New Acropolis Museum.