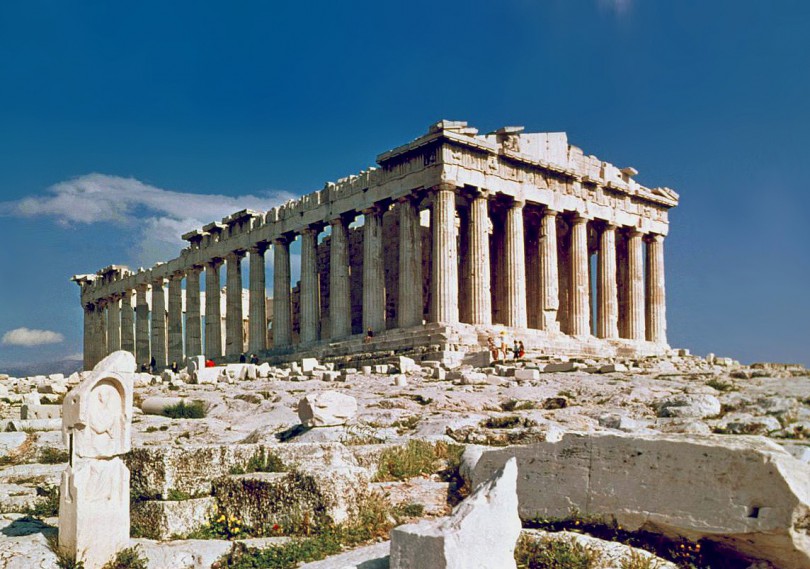 World renowned for the immense amount of structures and monuments that still remain from ages gone by, Greece is an archaeological dream for anyone who enjoys exploring ruins and seeing all of the cultural and structural remnants of a glorious civilization from years past. Scattered throughout the entire country, there is no one place to enjoy these artifacts and ruins – they are visible nearly everywhere.  This article will outline the best places in Greece to visit while searching for impressive, ancient ruins and will give you an idea of what to expect at each site when you visit. 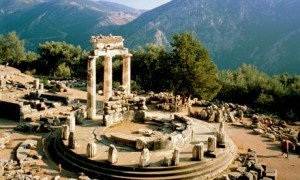 Believed to have been constructed in the 8th Century B.C. (2,800 years ago), the ruins at Delphi used to play home to a powerful oracle, seated in the middle of a beautiful temple. Rulers and prominent people from all over the Mediterranean would come to seek advice and ask questions to the Oracle, otherwise known as Pythia.  Even though today it is a specter of its former self, much of the foundation and many of the columns are still in place. Managing to avoid the majority of war and strife that unfortunately, succumbed many structures, the Oracle at Delphi remains a tribute to the structural integrity of Greek architecture. 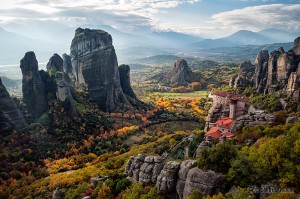 While not nearly as ancient as some of the other sights on this list, the Greek monasteries of Meteora are a sight to behold and were constructed under rigorous conditions.  Beginning in the 9th Century A.D., Orthodox monks moved into the area and settled it.  The result was a series of monasteries, built on the pinnacles of near vertical cliffs that rise out of the Greek countryside.  With intricate stone-carved steps that lead to the buildings and rope bridges connecting multiple monasteries together, it is much like a village hoisted into the sky by some of the most unbelievable formations of geology. 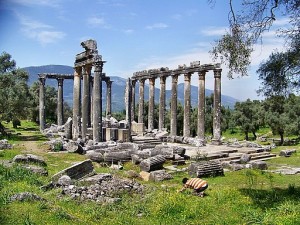 Ranked as a UNESCO World Heritage Site, Olympia was an ancient city with many tributes to the ancient Greek Gods that manifest in the form of beautiful Greek-style architecture.  The Romans also took interest in this location, making repairs to the Temple of Zeus and the Temple of Hera, both of which are in the area.  While most of the ruins are fairly worn-down, you can still walk through these temples, explore the Ruins of the Philippeion and even see the Olympia stadium, the site of the first Olympics.  With train access available, you can easily ride from Corinth or Patra and reach the city within an hour. 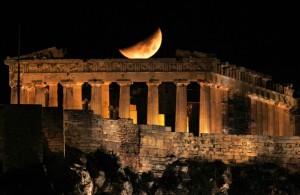 Standing atop the highest point in Athens, the Acropolis is an ancient complex and perhaps one of the most famous in all of Greece.  On top of this plateau, you can tour the centerpiece of it all: the Parthenon, which is continuously undergoing repairs to maintain the structural integrity of the building.  Also viewable from here is the Temple of Athena, along with various statues and ruins that commemorate a number of ancient gods and goddesses. All in all, there are 21 unique sites on this three-acre complex to view and inspect.