San Diego Aviators – One of the Best US Tennis Teams

The San Diego Aviators is among the professional tennis teams of the United States. This team is a WTT or World Team Tennis team which plays at Omni La Costa Resort & Spa located in Carlsbad, California. This team has been regarded as a successor to two WTT franchises. The first one was established in 1995 and named the New York OTBzz, which was changed into the Schenectady County Electrics and then the New York Buzz. The other was founded in 2000 and named New York Hamptons that was later replaced with the name New York Sportimes. 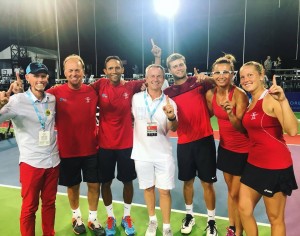 The Aviators was originally established in 1995 and it is the oldest operating franchise in the WTT. The team won the King Trophy as WTT champions three times: once as New York Sportimes way back in 2005, another as the New York Buzz in 2008, and lastly as the San Diego Aviators last year. At present the three championships are the second most of any recently operating WTT franchise after the Washington Kastles that won 6.

The history of this professional tennis team started with the 1995 with the WTT expansion franchise called New York OTBzz. The name of this team has been changed and replaced with Schenectady County Electrics sometime in 1999, but in 2001 the name of the team was changed for the second time into New York Buzz. The name was again changed to the New York Hamptons in 2000. In 2003, this was changed to the New York Sportimes in 2003. 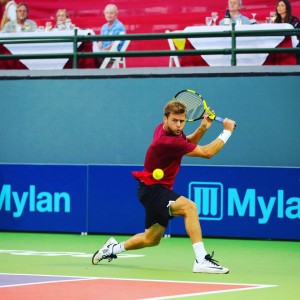 In 2011, the Buzz and Sportimes came as one with the combination team known as the New York Times Sportimes.  The combined team pursued to use both the former separate team’s home arenas and maintained the privilege to protect as well retain the players who played for the formerly separated teams. In 2014, Sportimes was sold to Russell Geyser, a businessman from San Diego. He and Jack McGrory , his minority partner, moved the team and renamed it into the San Diego Aviators. 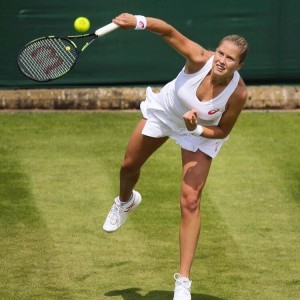 The Aviators is currently comprised of 7 players and a coach. John Lloyd serves the coach of the team. The players are James Blake from US, Ernests Gulbis from Latvia, Ryan Harrison from US, Darija Jurak from Croatia, Raven Klaasen from South Africa, Shelby Rogers and Nicholas Monroe, both were from the US. This team has a history of successful former players. As a matter of fact, hall of fame players John McEnroe, Lindsay Davenport, Monica Seles, Boris Becker, Martina Navratilova, Martina Hingis and Jim Courier were members of this team.

Among them all, Martina Hingis and John McEnroe brought a lot of fame to San Diego Aviators. Martina played and awarded as a Hall of Fame player in the 2005-06 season, another in the 2011-12 season and last one in 2010. John McEnroe received the title during 2001-2002 season for New York Hamptons as well as in 2003 and also in 2005-2013 for being part of the New York Sportimes.