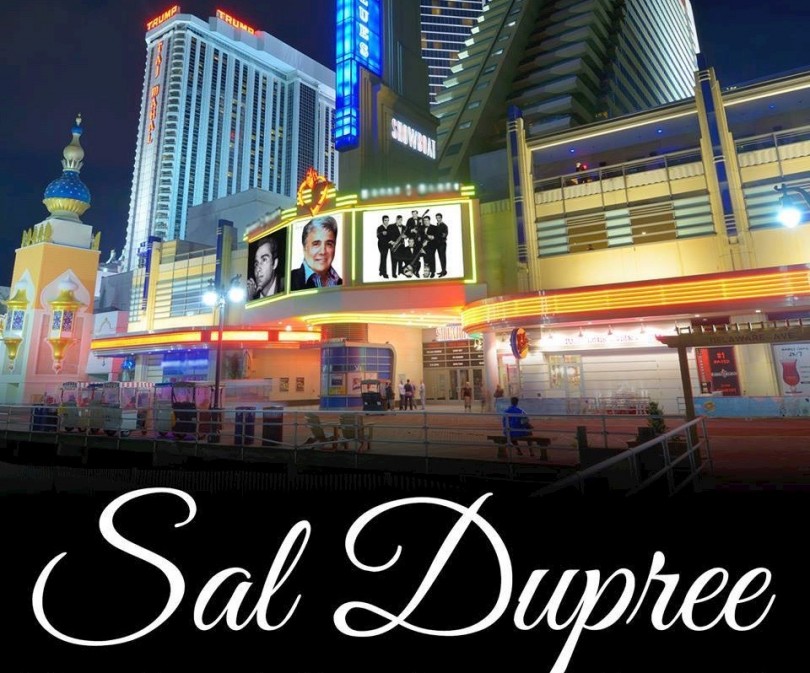 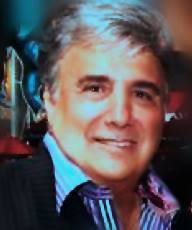 With a 55-year proven track record in theater, entertainment, stage, television and film, the multi award-winning Sal Dupree has mastered virtually every aspect of the entertainment industry.  He has taught, coached and directed performers from all genres of entertainment.  Sal often implements an entertainment enterprise from concept to production, by taking on the responsibility of writing, casting, fundraising, publicity, marketing, ticket design and sales, program design, set designs, staff supervision, directing and producing.  Yes, indeed, Sal Dupree is a mighty one-man show! 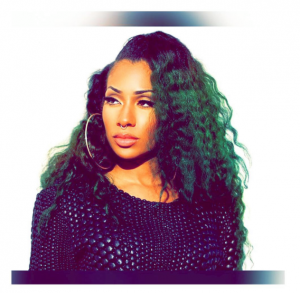 In 2003, Sal coached 10-year old Tiffany Evans, who tallied a perfect score and won the Grand Champion title on Star Search.  She later signed a recording contract with Sony Records.  Singer Lou Gazarra trained under Sal Dupree for two years, and went on to become a finalist in 2003 on Season 2 of American Idol. 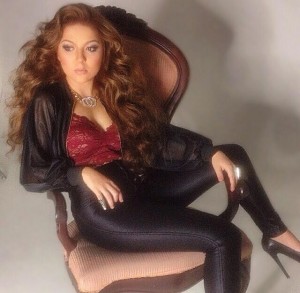 Yet another of Sal Dupree’s innumerable shining moments came in 2006 on the first season of America’s Got Talent.  Sal was vocal coach for 11-year old contestant Bianca Ryan, who went on to win Season 1 and the million dollar prize.  Bianca went on to sign with Columbia Records that same year, and has established a successful career as a singer, songwriter, and recording artist. 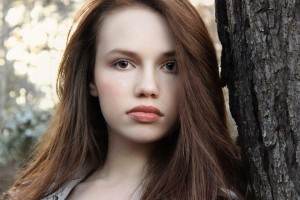 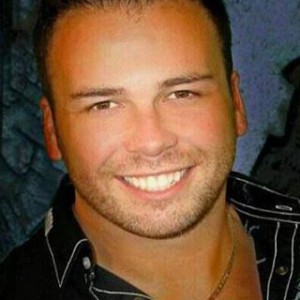 A Consumate Writer, Director and Producer 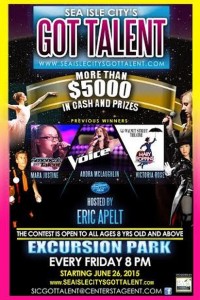 As Creative Producer along with Alex Glover and Center State Entertainment, Inc. for Sea Isle City’s Got Talent, Sal is responsible for the creative aspects of this talent contest that draws thousands to the city’s amphitheater each Friday from June through August.  The season culminates with Night of Champions the first Friday in September.

Sal was also Writer, Director, and Producer of the musical production show Dream Makers, which sold out to rave reviews at Resorts International Hotel & Casino.  Together with Diane Kirman-Raffill, Sal wrote, directed and produced The Ultimate Dance Scene, a live dance show television special for 7UP.  Sal and Diane were also Creative Consultants on Michael Nise’s Dancin’ On Air, a nationally syndicated TV music show.  The show is scheduled to be re-launched with Sal’s former student Jeana Zettler as MC.  Sal Dupree is also Regional Director for The World Championship of Performing Arts. 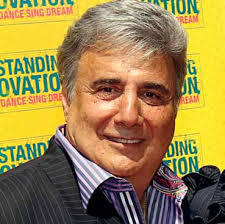 Sal Dupree was also Music Supervisor and Live Tour Creative Producer for the feature film Standing Ovation, which was written and directed by Stewart Raffill, with James Brolin as one of the Executive Producers along with Dr. William Lewis.  In the production, he collaborated with Kit Worton and Right Touch Studios to achieve professional musicality.  Sal also created a live show version which toured through the U.S. and Canada, as well as the Bahamas.  He has served as Director and Producer to local sold out performances of Annie, Fantastiks, and The Sound Of Music. 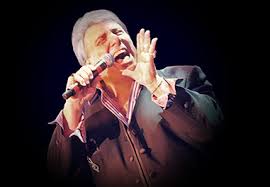 A Talented Singer, Performer and Actor

Sal Dupree’s career in the entertainment industry began in a Philadelphia orphanage.  As a 7-year old boy, he was often encouraged to sing “Oh My Papa,” which showcased his God-given talent as a singer.  At age 15, Sal created the doo-wop group The Hi-Five’s, and wrote and recorded “Magic Star.”  At the age of 17, while still living at the orphanage, and embarked on his career in entertainment.

Sal left the orphanage shortly after turning 17, and was offered a place to live by Billy Carlucci’s family, of 1960s gold record fame as Little Billy & The Essentials.  Sal remains deeply grateful to the Carlucci family for their warm hospitality during this first year of his life beyond the doors of the orphanage.  He continued to carve out his spot in the world of entertainment by opening in Las Vegas at the age of 18, and touring the country with various bands and groups.

Sal’s extraordinary voice and singing career took him from a Philadelphia orphanage to the casinos of Las Vegas to the casinos of Atlantic City; from the bright lights of Broadway to the glamour of Hollywood, and all points in between.  Sal Dupree feels extremely blessed to have been able to make living as a musician.  As an actor, Sal Dupree has also appeared in numerous films including Standing Ovation and The Liars Club.

A Spirit of Mentoring and Giving Back 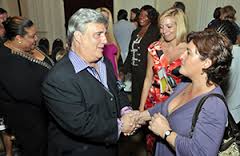 Sal Dupree’s spirit of mentoring and giving back has inspired and informed countless performers throughout this country and beyond.  He finds incredible satisfaction in mentoring, coaching and guiding the young, talented singers and actors who reach out to him for his invaluable expertise. 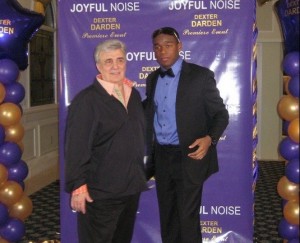 Sal has also worked with world-class recording artists and actors including Alicia Moore originally of the group Choice, who is now known as superstar Pink. Other stars Sal has worked with include Anne Heche, Mark Indelicato, Dexter Darden (Maze Runner I, II and III), Heather McComb, Blake Bashoff, and many others. 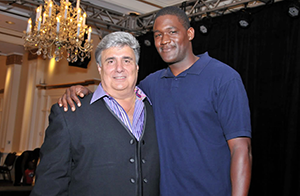 Sal also collaborated with choreographers Tabitha and Napoleon D’umo of the Emmy Award-winning series So You Think You Can Dance, and has vocally coached contestants in at least eight Miss America Pageants to perform “The National Anthem” and “God Bless America.”  As a lover of stage performances, Sal Dupree has provided talent for major Broadway shows including Annie, Beauty and the Beast, The King and I, Les Miserables, The Lion King, Peter Pan, The Sound of Music, and Spring Awakening. 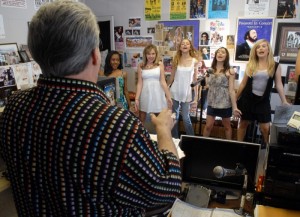 Today, Sal Dupree continues his spirit of giving back. In the 1970s, he founded Dupree Performing Arts, one of the award-winning performing art schools in New Jersey.  At Dupree Performing Arts, Sal and his professional team offer voice lessons, voice coaching, artist development, stage presence and private acting lessons. The Center’s impressive roster of award-winning students have been featured in local and national contests. They have been cast in leading television, stage, and film roles, and signed to recording deals with major record labels including Sony, Def Jam and Interscope Records. 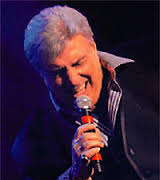 “It is my mission to create a place where music may be the source of joy, peace, kindness and love by bringing souls together to share this gift with each other here and all over the world.” -Sal Dupree

In 2012, Sal Dupree was recipient of Philadelphia’s Blue Sapphire Award, from Row Home Magazine, which honored his commitment to music and the arts.  The award is given annually to individuals who have left an indelible mark on society for future generations to enjoy.  Is there anyone who deserves this award more than Sal Dupree?