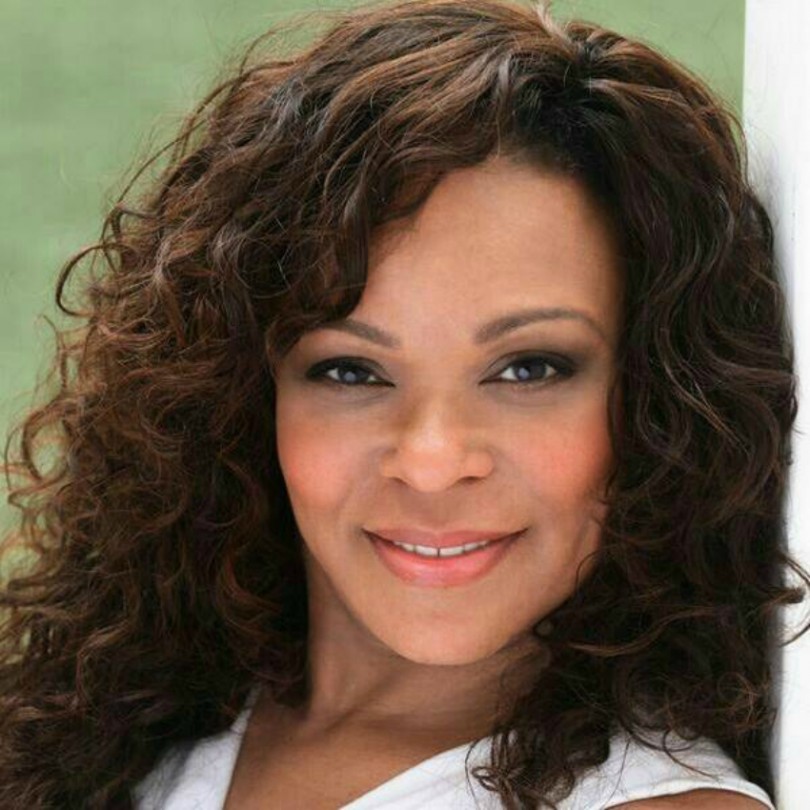 Noted for her stylistic dance interpretations of Latin jazz, award-winning Maria Torres (Maria Torres-O’Connor) is a New Jersey-based artist who is celebrated for her Broadway performances, original choreography, and artful direction.  As an experienced dancer, Maria Torres also runs an organization that supports youth dancers and has inspired countless young artists through her teaching at such institutions as the Broadway Dance Center.  While Maria Torres may wear many hats, her various talents have enabled her to catapult her fame throughout the New York City arts scene and beyond, to Miami, Hollywood, the UK and beyond. 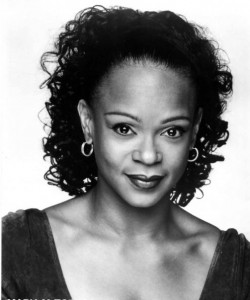 Having starred in the Tony-nominated Broadway musical ‘Swing,’ Maria Torres also appeared in the acclaimed feature film ‘Dance with Me’ as well as Public Theatre’s ‘The Skin of Our Teeth.’  Other fans might have discovered Maria Torres from her performance in the ‘Radio City Spring Extravaganza.’  Acting has provided Maria with another vehicle to showcase her captivating stage presence which is frequently accented by her grace as a professional dancer.

Maria Torres, the Dancer and Choreographer 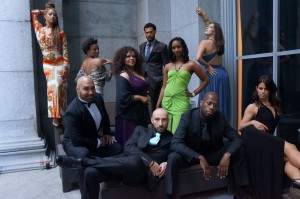 Maria Torres is a consummate dancer and professional choreographer who has been nominated for the Off-Broadway Lorel Award for Best Choreographer in the hit production, Four Guys Named Jose.  Fans have also witnessed her incredible choreography at work in the Off-Broadway production of The Donkey Show.  Maria has also choreographed routines for So You Think You Can Dance.  Season 3 featured her Latin Jazz choreography to “Acid,” which was performed by Neil and Lacey 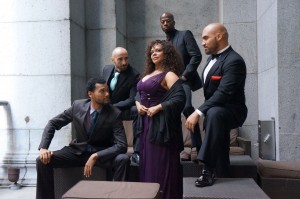 Maria Torres’s professional choreography has been featured in international commercials by major companies including Budweiser, as well as world-class events like Seagram’s Latin Rock Show.  Maria also directs and choreographs charity and fundraising events, including 2015’s Designing A World Without AIDS for New York City’s Cielo Latino Commission on AIDS.  Dance is a critically integral part of this artist’s career and has fueled her role as mentor and teacher.  . 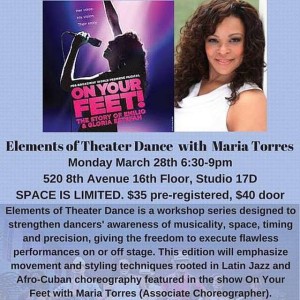 Torres is a passionate advocate of dance, often leading workshops where she can showcase her abilities and practically teach up and comers.   Beginners and dance enthusiasts typically glean incredible knowledge from her workshops gaining an understanding of musicality, space, timing and precision.  Their performances are sharpened and they learn tips and tricks from the best in the business.   Click here to learn more and for registration information. 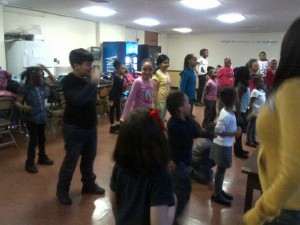 Maria Torres, together with John O’Conner – her inspiration and husband of 29 years – and actress/singer Vanessa Williams, co-founded the Maria Torres Emerging Artists Foundation (MTEAF).  The foundation is a powerful inter-disciplinary education and mentoring program which guides and empowers pre-teens and young adults from underserved and multi-ethnic areas to achieve their goals in the entertainment industry and performing arts. 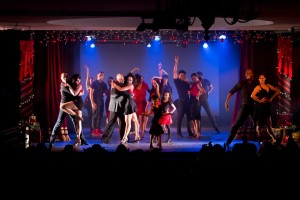 Maria Torres is also professionally involved with various schools and organizations which provide dance instruction and performing arts programs.  As the co-chair of the Lincoln’s Center’s Midsummer Night Swing, Torres provided instruction and direction for performances and dance music.  She has also taught at famous dance schools like Alvin Ailey and the Dance Theatre of Harlem.  Her unique style of Latin jazz is a cornerstone of her instruction as well as much of her professional performance.  Her work as producer and president of the USA Dance Championships has also helped to catapult her to the top of New York City’s dance scene.

Maria Torres, the Artist
The fan base of Maria Torres continues to grow as she accumulates awards including the Latin Achievement Award and the Choreography Media Honor.  She has been featured in the media by major outlets including The New York Times, Newsday, and The New Yorker Magazine.  As a Latin artist, Maria Torres has been covered by Latin-based media outlets such as People en Espanol.  Maria Torres also promotes her dance vision in her podcast titled “World of Dance,” which enjoys a global audience. 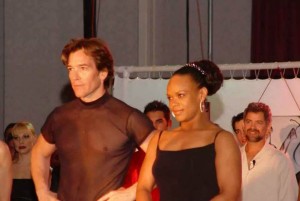 Maria Torres has worked with a fascinating array of artists, including her best friend Vanessa Williams, Ron Bess of Dance Talk®, and the late dancer and choreographer Arte Phillips.  She has also collaborated with celebrities like Jennifer Lopez, Mario Lopez, Andre Benjamin of the band Outkast, Jenna Elfman, and Enrique Iglesias.

Maria Torres continues to play an active role in New York City’s vibrant theatre scene.  Maria was featured in three-time Tony Award winning Hinton Battle’s American Variety Bang, and is currently Associate Choreographer for the 2015 Broadway production of On Your Feet! – the Gloria and Emilio Estefan Story.  Maria is also worked with Gloria Estefan & The Miami Sound Machine on a concert fundraising event in September of 2015.  The concert, at Manhattan’s Minskoff Theatre, benefitted Viva Broadway, a national Broadway League audience building partnership with Hispanic communities designed to bridge the world of Broadway with Latino audiences throughout the United States.

For updated information on concerts, events, and the celebrated career of Maria Torres, follow her on Facebook.