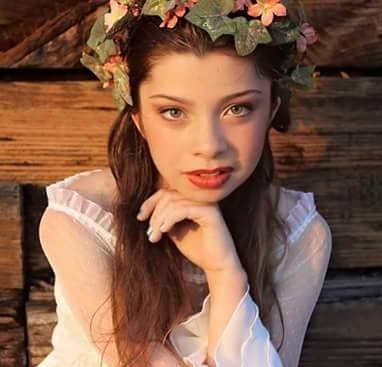 Julia Zane is a young teenager who is on her way to super stardom.   While Julia Zane has been singing publicly for only two years now, the young talent is enjoying enormous early success.  Julia Zane first sang publicly at her school’s talent show and hasn’t stopped since. 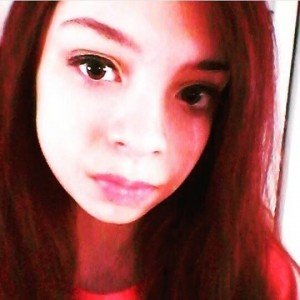 Soon after the talent show, Julia Zane performed the National Anthem at Glenolden’s Community day.  She also sang at Yachtstock, a fundraiser where many of the proceeds go to Shriner’s Hospital; in addition she performed at Our Community Cup, a coffee house for mentally and physically disabled individuals.  In addition, Julia has sung at venues such as Christmas Village @ Philly’s Love Park, The Bourse in Philly, Chaplin’s Live in Spring City, the Liberty Pro Rodeo, the Deck at Harbor Pointe, the Corinthian Club, the West End Boat Club, RP McMurphy’s, Barnaby’s Heritage Ballroom, AJ Stephen’s Crab House, the Clarion Hotel, the Legendary JC Dobbs, New Leaf Club and The Well in Delaware.  Julia Zane is also part of the Young Stars produced by Elena Brokus and performs at many of these events for Elena’s shows. 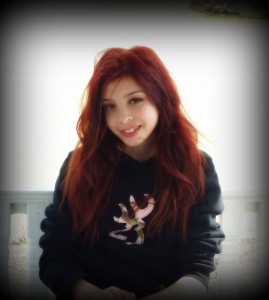 Julia Zane’s busy schedule and undeniable talent almost makes you forget her age.  Julia Zane is currently in eighth grade and attends PALCS (Pennsylvania Leadership Charter School.)   Julia Zane is very dedicated to her education and, despite her busy schedule, loves school.  Maybe that’s why she was just recently inducted in the National Junior Honor Society at her school as well.  Not one to slow down, Julia Zane was the youngest contributor in the inspirational newly published book, “88+ Ways Music Can Change Your Life” about a year ago, a huge honor. 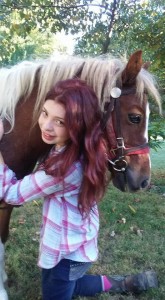 Outside of singing and school work, Julia Zane is passionate about her love for horses.  Julia Zane has been in the saddle since she was six months old due to her her family’s horse carriage business (Trinity Carriage Services).  Julia Zane is a natural rider and can even drive a horse carriage; so, it’s only natural that country music has always been a part of Julia Zane’s repertoire.  Julia Zane believes in the importance in being involved in community service having supported the organization, “Cell Phones For Soldiers” since she was eight years old.   “Cell Phones For Soldiers” helps out troops who are serving abroad.  With each phone donated, CPFS gives our troops an hour’s worth of “talk time” on pre-paid phone cards so that they can call their families and loved one’s back home. Julia Zane has collected numerous cell phones to help our troops.   Her hard work was commemorated with a Certificate of Appreciation from the organization.  In addition, she was the second place winner in the “Kohl’s Cares For Kids” Foundation for her involvement in CPFS several years ago. 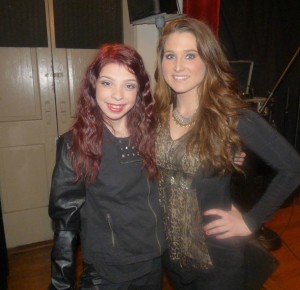 Julia Zane took vocal training with Michelle Offermann for the past year-and-a- half and just started at the “Let There Be Rock School” in Ridley Park, Pa. where she is training under Melissa Daley.  Further exercising her instrument, Julia Zane recently received the privilege of singing a duet with Audra McLaughlin from Season Six of  TV’s “The Voice” at Chaplin’s Live in Spring City.  Julia Zane has a brother Tommy, who is 33 years old, married and has three beautiful daughters, plus a sister Jackie who is 31 and also has a beautiful daughter.  Her grandfather, Tommy Ferguson, was a professional musician, and her aunt, Eileen Maurizio, was a professional singer. 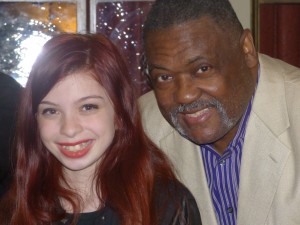 Julia Zane works very hard at honing her craft with her music.  A truly musically-inclined individual with an affinity for many instruments, Julia Zane is a proficient guitar player and recently took an interest in the ukulele. Julia Zane performs as often as possible at scheduled events and open mics.  Most recently, Julia Zane performed on the Patti Lattanzi and Billy Carlucci Radio Show, “Crusin 92.1 FM” singing two songs and meeting the Legendary Mr. Jimmy Lee of Blue Magic. Jimmy Lee has since been instrumental in getting Julia Zane a TV debut on the ”Linwood Jackson Show” on Comcast Channel 28 was a live broadcast on May 1st, 2016 in Delaware.  Her debut on that show went so well that Mr. Jackson asked her to open up for an event that Jimmy Lee and Blue Magic will be performing.  Julia is excited about all the opportunities opening up for her and is remaining grounded, humble and boosting her appearances locally in Delaware County and surrounding areas. 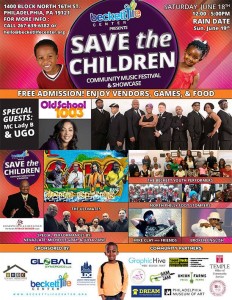 On June 11th, Julia Zane will be singing our National Anthem and some country favorites at a “Make A Wish” foundation charity event coming up at Walt’s Tavern in Ridley Township, Pa.  Having had the great honor of meeting Mr. Loni Gamble, originally with the band the Stylistics, she is booked for a Youth Music Festival – “Save the Children” – Mr. Gamble is hosting in Philly on June 18, 2016.

Keep a watch on her as her journey starts to become meteoric!  To learn more and get #hooked on Julia Zane you may follow the starlet on Twitter.

Right Touch Studios – Engineering the Sound of a Generation