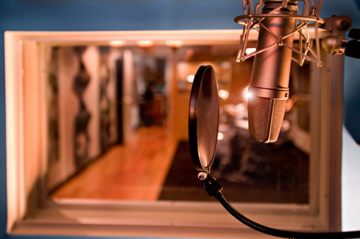 When a person is as intrinsically linked to the music industry as Kit Worton, it makes sense to help others along the path to their dream of being a recorded artist.  As the owner of Right Touch Studios, this multi-talented man does exactly that. 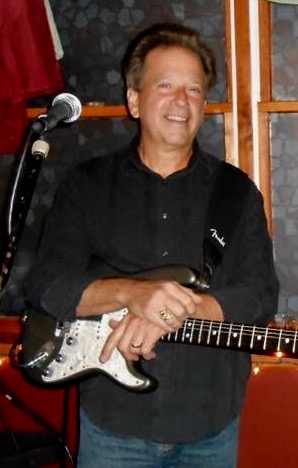 Far before he opened Right Touch Studios, Kit Worton explored the full range of instruments and musical styles.  He attributes his musical range to all the exposure he got during his childhood and youth.  His first guitar lessons began at the age of five.  His roots included a variety of Romani ethnic family members who would all gather to play music and share great food and fellowship together.

Growing up surrounded by so many talented musicians and the opportunity to learn and play many instruments created a true Renaissance man in the music world.  He traveled in a show band with his wife and brother and it was one of the first bands which performed in Atlantic City hotels and lounges.  All the while he never stopped learning, playing, or exploring a wide realm of music.  Today, he focuses primarily on song writing, arranging and using his touch on the guitar.  And, it is his pleasure to use that guitar and vocal talent when it comes to sharing his favorite tunes with an audience.

Kit Worton offers so much more than skilled musicianship and vocals, however.

A History of Writing and Musical Production

The East Coast location gave Kit Worton a front row seat to some of the greatest venues and shows associated with music and media production anywhere.  From Atlantic City alone, he spent more than 10 years as the musical director to Merv Griffin there.  He also worked in conjunction with TV shows like “Cashmere Mafia,” “Wildfire,” and “Raising Sextuplets.”

Movie Credits for Writing and Production 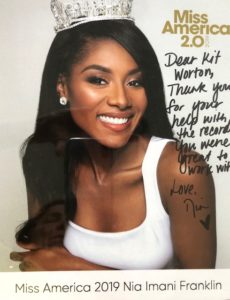 Kit Worton spread his skills in score writing and musical production from network television to the big screen.  He has worked with James Brolin and Stewart Rafill, who directed such diverse films as “The Adventures of the Wilderness Family” and “Mac and Me.”  He also wrote scores for “Standing Ovation” a 2010 musical.

The list of accolades and influence goes on.  Kit Worton offered recording services for both music and vocals for five of the past Miss America winners.  He wrote music and produced it for the most popular talent shows audio version “Grid Iron Genious” will be impressed with his attention to detail  for audio recordings.  His list of interactions with big stars includes everyone from Pras Michel of the Fugees on to Roy Hamilton III, who worked with Michael Jackson and Britney Spears.

Kit Worton’s success and influence comes from two main things.  These include his lifelong dedication to the creation of quality music, and a keen sense of business and technical knowledge associated with the entire industry.  These skills have allowed him to release wide variety of well-loved songs, his 2016 Gypsy Mojo album of culturally inspired songs enjoyed by his family, and the latest Jack Neat album with a diverse range of instrumental flavor. 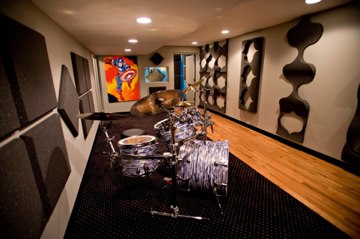 Kit Worton and Right Touch Studios boast an impressive backlist of musical clients who have succeeded in the industry.  With a multi-genre focus, artists from all walks of life and musical interests come to what many call “the studio of choice” for their recording opportunities.  This includes everything from pop artists to rock bands, country groups to jazz ensembles and a host of talented singers, as well.

The studio is located in New Jersey so it primarily attracts talent and clients from Atlantic City, Shore Point venues, Philadelphia, Delaware, and New York City.  It provides musical services to multiple casinos and hotels in Atlantic City and regional television networks like ABC.

Talented Individuals Get Their Start

These professional studios in New Jersey also provided recording opportunities for many winning and high-ranking contestants from “America’s Got Talent” and “The Voice.”  These include Mara Justine, Lou Gazzara, and Hannah Richardson, who won “At the Apollo.”

The reasons why Right Touch Studios can offer such amazing benefits to these and other musical artists comes down to Kit Worton’s understanding of what it takes to produce quality music and improve existing talent so it can thrive.  The recording studios provide state-of-the-art booths and equipment so even beginners get the professional treatment.

A Variety of Services for Every Artist 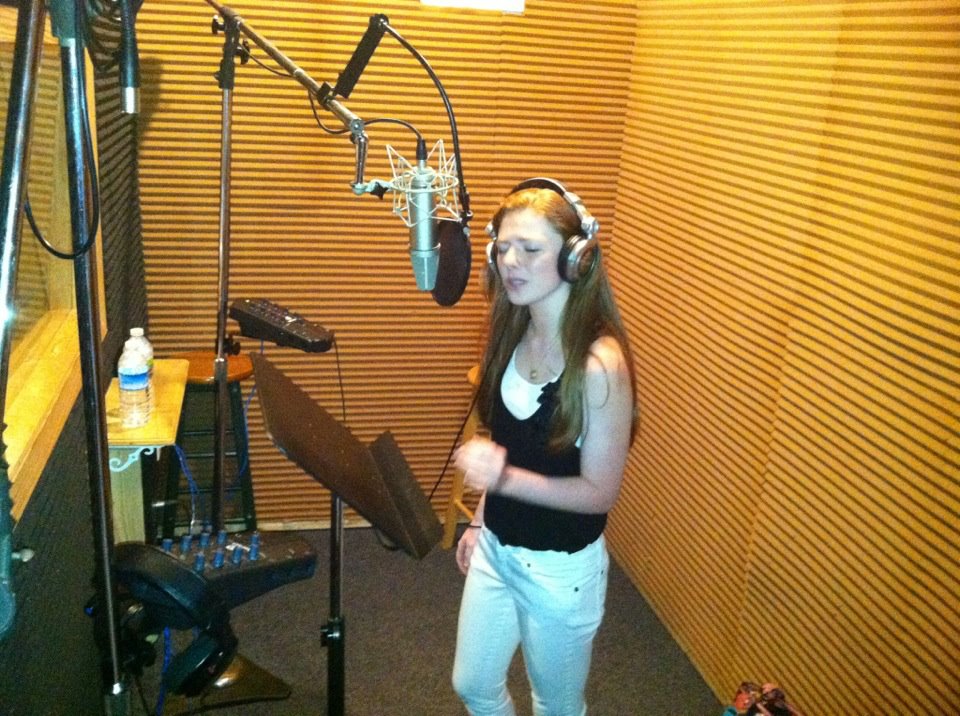 Studio services start with basics like guitar lessons, choreography, and stage presentation guidance so that people with the talent can presented in the most effective way possible.  Backup singers, musicians, and instruments are available to augment the skills of the individual looking to start or expand their career.  From a technical standpoint, this comprehensive studio also offers full recording, editing, and engineering services, forensic audio, CD duplication, and mastering of the final performance.  To best serve those looking for a career in music, it will also help develop YouTube video clips, CD cover art, iTunes accounts, and full music videos with a professional flare.

No matter what type of music an artist plays or sings, they can expect exceptional help, guidance, and services every step of the way.  It is important to Kit Worton and all the professionals at his recording company that every artist gets the respect they deserve and understands what to expect from the entire process. 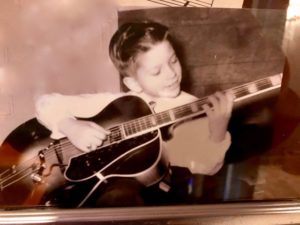 Recording and Editing for Media and Events

Besides individual artists and groups, Right Touch Studios also helps Kit Worton continue his influence in the musical world by providing comprehensive services for a variety of television shows, movies, and in-person events.  The list of clients truly demonstrates the diversity of his musical focus.  With his skill and the team at the studios itself, there is no doubt that they have attributed greatly to East Coast and national events and artists.

Despite all the work he does at his digital recording studio and with production and editing for event and show music, Kit Worton never leaves behind his love of songwriting, composing, playing the guitar and other instruments, and singing.  He continues to play and record music while managing all other aspects of his multifaceted musical career. 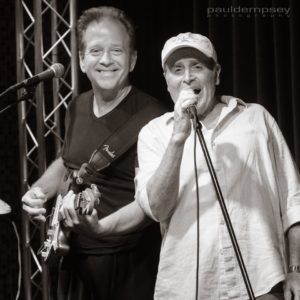 Tucked away with his family in New Jersey, Kit Worton continues to write songs and perform in a way that thrills fans and pleases audiences.  His latest release on June 1st, 2020 is an album called “Jack Neat,” which has been submitted for grammy nomination for best jazz instrumental album and best jazz improvizational solo.  The cover art shows a neat glass of whiskey that gives an indication of smooth yet powerful musical styles listeners will find within its body of work.  This full album contains a variety of instrumental songs featuring him on the guitar.

Many of the songs on the album were played solely by Kit Worton.  Because he has skills with a variety of instruments, he is able to record them separately and produce the songs with expert skill to make a polished final project.  Other talented artists were also involved with this album.

Bass player Bob Fowler joins him on some tracks while Tony White from 10,000 Maniacs offers saxophone solos on others.  He describes Kit as “a master musician, guitarist, arranger, composer, and producer” who has put together an album that demonstrates his creative skill with both original songs and covers of popular favorites.

A Diverse Range of Styles 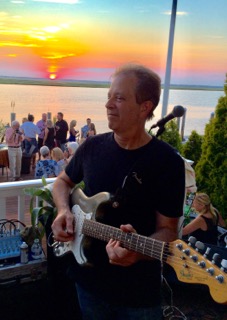 The songs on “Jack Neat” range in flavor from powerful vibes to smooth and spicy sounds.  These songs were written over a period of years but have not been released before by Kit Worton. “Moonglow” adds a distinct Latin vibe to his songwriting skills.  He adds a touch of jazz fusion and funk to cover songs like, “Heard It Through the Grapevine.” Other covers include “Shoe Shine,” which was inspired by Robben Ford, five-time Grammy nominee.

Some of the tunes were specifically written for his wife and two children and convey the type of emotion that people everywhere can connect to.  These include “Jason’s Dream,” “Rosita,” and “Amberocious.”

With decades of musical knowledge and experience behind him, he is able to create an album that showcases his exceptional guitar work and true mastery of creation.  He stated that some of the songs were influenced by his enjoyment of Eric Clapton, George Benson, Stevie Wonder, and Earth, Wind, and Fire.

This latest project demonstrates vast range of Kit Worton’s skills and ability to weave different flavors and feelings into every song he writes or plays.  It is this emotion and flexibility that has served him well ever since he first picked up an instrument and will continue to do so far into the future.

Amid all the accolades of his past music production, songwriting skills, and ownership of Right Touch Studios lies a silver lining of true musical talent.  He uses his guitar to convey emotions and a meaningful message to people who hear it.

Visit the Right Touch Studios website for more info and call Kit for an appointment 609-457-9437 or by email kworton@comcast.net

Kit regularly updates the Right Touch Studios Facebook page and showcases the talent that comes in and out of the studio.