Prince was a prolific performer with incredible stage presence and a string of hits that will forever immortalize the eccentric and cutting edge songwriter.  The late artist is known for his controversial lyricism and explicit musicality which earned him hit after hit for the past several decades.  In honor of the late artist take a tour of his life through the years: 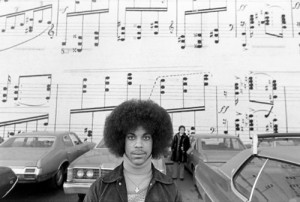 Prince took to music from an early age experimenting with various instruments as early as 10 years old.  His father was a musician, formerly of the jazz band, the ‘Prince Roger Trio,’ which is where Prince’s parents derived his birth name, Prince Rogers Nelson.

It wouldn’t be long before Prince tried out his musical chops professionally, joining a band at the age of 14 and in 1978 being signed to Warner Brother Records.  Prince is famous for pioneering the “Minneapolis sound,” a fusion of funk, rock, pop, synth pop and new wave.  His early music, including his debut album, For You, and subsequent albums featured this electrifying sound.  Prince began to gain momentum and notoriety reaching critical acclaim in 1982 with the release of his album, 1999 which featured hit song, “Little Red Corvette.”

By the 1980’s, Prince had become a prominent figure in music headlining his own shows supported by ‘The Revolution,’ his back up band.  Together, in 1984, Prince and The Revolution released the album Purple Rain which was immensely successful and served as the title track for the movie by the same name.  Prince starred in the film which grossed $80 million in the U.S. and showcased the singer’s incredible music and legendary stage presence.  Purple Rain is responsible for Billboard Hot 100 number one hits, “When Doves Cry,” and “Let’s Go Crazy.”

Prince’s newly assembled band, New Power Generation, launched in the 90’s releasing the album Diamonds in Pearls in 1991.  Prince later infamously changed his name to a symbol, a controversial decision as it made his name unpronounceable.  Fans began to widely refer to him as “the artist formerly known as Prince.”

This decision was born out of a need for creative freedom after feeling artistic constraints were being placed on him by his label, Warner Bros.  Prince ended the 90’s well, staying in the mainstream of popularity with the release of Emancipation in 1996, which was a telling title that celebrated his release from contract with Warner Bros. 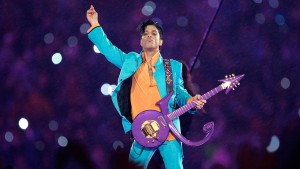 Prince has continued to amass fans over the years as new generations look to him as a trendsetter and appreciate his unique, catchy and controversial sound which serves to re-invent the artist.  Prince was commemorated at the 2004 Grammy Awards where he performed alongside Beyonce Knowles and later won two Grammy Awards himself for the album, Musicology.  In 2007, Prince served as the headliner for the Super Bowl XLI halftime show and his set was met with wide praise as he performed many of his hits throughout the years including, “Purple Rain.”

It is hard to express the level of influence that Prince had on the musical community or how greatly he will be missed.  TIME Magazine honored the legendary performer’s impressive and long career in 2010 by listing him as one of the “100 Most Influential People in the World.”