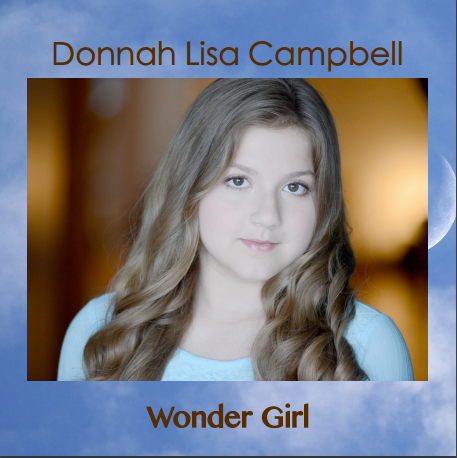 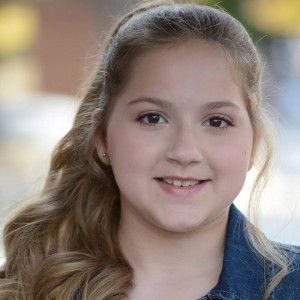 Fourteen-year-old Donnah Lisa has been a lover of music her entire life.  Her new CD entitled, “Wonder Girl” is reflective of her passion and talent, filled with original songs that were carefully crafted by the young talent and meticulously packaged with guidance by Kit Worton owner of Right Touch Studios for her many East Coast fans.  Possessing star power and a voice that is truly larger than life, it is only a matter of time before Donnah Lisa takes the world by storm.

Donnah Lisa’s voice is spell-binding and truly unforgettable.  The young starlet can be found in and around New Jersey belting out covers and original songs to a happy listening audience.  In addition to singing, Donnah Lisa is a proficient drum and guitar player, traits that serve her well in creating catchy and memorable songs. 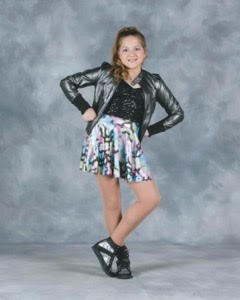 Realizing her immense talent and love of performance, Donnah Lisa began to hone her craft in 2009 training under famous vocal coach Sal Dupree.  Equipped with more than 55 years of experience in the areas of theater, entertainment, stage, television and film, Dupree is the coach responsible for training many young stars including, American Idol finalist, Tiffany Evans, winner of America’s Got Talent season one, Bianca Ryan, and is currently also training up and coming star, CC Miles.  An award-winning vocal coach, Sal Dupree enjoys cultivating young talent and helping them realize their potential as great performers. 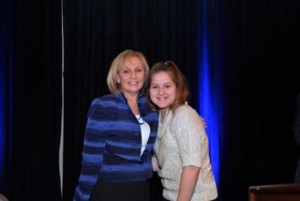 Donnah Lisa’s mother is in a band that performs in and around New Jersey.  This has allowed Donnah Lisa to adopt a love of music and performance as she has had several opportunities to sing alongside the band, performing at New Jersey venue, the Sea Oaks Country Club.  Donnah Lisa states on her site that her mom’s musicality has affected her own career saying, “My mom plays a big part of my passion for music.  Her having a band, music was always around me growing up.  I sing in the band whenever she performs at parties & functions.”  In addition to singing with her mom, Donnah Lisa received the opportunity to sing for the Lt. Governor at the New Jersey Conference of Mayor’s at the Borgata Casino in Atlantic City two consecutive years in 2015 and 2016. 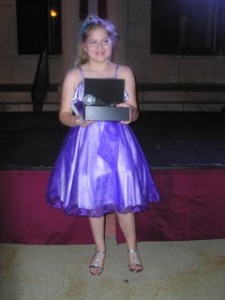 It is easy to forget that Donnah Lisa is only 14 years old.  The young talent has already lived a very exciting career and received recognition for her incredible talent and memorable stage presence.  In 2014, Donnah Lisa was the winner of ‘Freehold Idol,’ an annual New Jersey-based singing contest for singers ages 10 and up.  The competition attracts some of New Jersey’s most beloved amateurs and, similar to the popular reality series competition American Idol includes weekly competitions culminating in a final round with the top three vocalists receiving prizes. 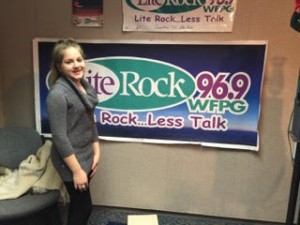 Donnah Lisa also competed in the debut competition of ‘Ocean City’s Got Talent’ in 2014, advancing to the finals and earning top honors placing as a semi-finalist.  The New Jersey-based competition took place at the Ocean City Music Pier and attracts talent of all ages, including solo acts or groups and, similar to America’s Got Talent, features a panel of judges.  Prior to Donnah Lisa’s big wins in 2014, she placed as a semi-finalist in 2013 in the competition of Sea Isle City’s Got Talent.  Donnah Lisa’s many achievements has gained her the recognition of fans and radio stations in and around the area who admire her talent and recognize her star power.  Donnah Lisa was a guest on the radio station Lite Rock 96.9 WFPG included in a segment for future stars on November 10, 2014. 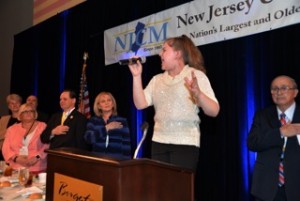 On September 29, 2013, Donnah Lisa appeared on a segment of Star Finders, a variety TV show that seeks out talented individuals, travels to their homes and tapes a segment of them in hopes to help them land their big break.  At 10 years of age, Donnah Lisa amazed audiences with her rendition of the song “A Broken Wing” by Martina McBride. 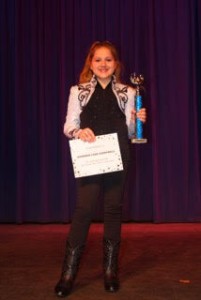 Donnah Lisa takes all of life’s endeavors seriously, always striving to improve herself. Though she keeps a jam-packed schedule filled with vocal training, dance lessons at Miss Margot’s Ensemble Arts where she learns tap and hip-hop, and various performances throughout the week, Donnah Lisa is diligent about school work and has been a straight “A” student since Kindergarten. The talented singer’s aptitude and diligence has been recognized by her teachers and peers as she was accepted into her school’s ‘Gifted and Talented’ education program. 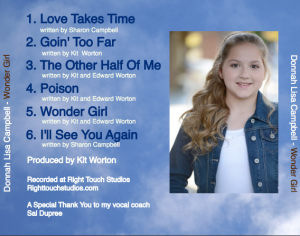 Donnah Lisa’s album, “Wonder Girl” was produced by Kit Worton of Right Touch Studios.  Worton has worked with contestants from The Voice and America’s Got Talent and attracts talented clientele from all around the tri-state area.  Donna Lisa is known for her many memorable performances covering famous hits and is excited to share her album with her many adoring fans who are thrilled to hear her original work.

To learn more and get #hooked on Donnah Lisa Campbell you may follow the star on Facebook or visit her website.  To book her or find out where she will be performing next, email her at scampbell5678@comcast.net

Hooked on Everything has an idea that this young lady can very well have her own cartoon made with her music, and this would be quite a find for any network as she is a positive role model for kids.  DonnahLisaCampbellCartoon 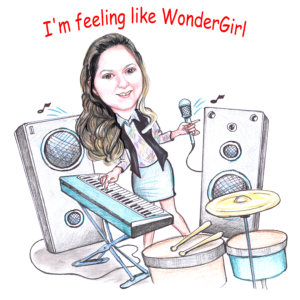