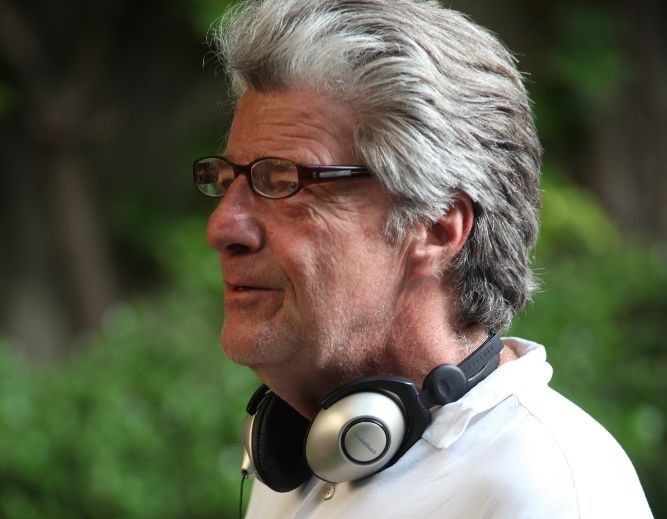 With the mind of a creative genius, Philadelphia’s James Di Fonzo (aka James E.D. Keating) has established a solid and highly respected presence in the entertainment and filmmaking world. As an actor, screenwriter, filmographer, director, producer, poet and author, James Di Fonzo’s roles are as diverse as his spectacularly artistic imagination. 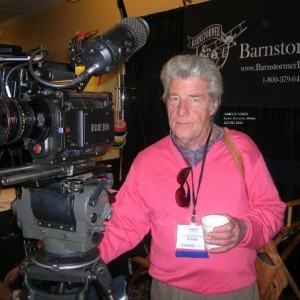 In 1983, James E.D. Keating wrote and filmed one of his first screenplays, Hookman of Beaver Valley, a high-concept horror script centered on the classic American myth of a detective who discovers a “hook” dangling from a car door on the quintessential ‘Lover’s Lane’. Based on an Israel Horowitz play, ‘Indians Want the Bronx’, the film follows the detective and his sidekick in their pursuit for Perry Kratz, the “hook” killer, who is merely trying to protect the valley where the story unfolds from ruthless and corrupt land developers. 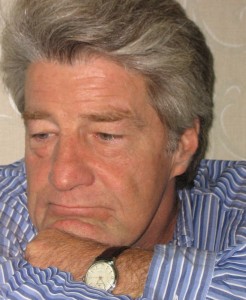 In 1986, James E.D. Keating released Street of Dreams, which was scripted as an ‘avante garde modern day Greek tragedy’. In this production, Keating used character sketches that were submitted by young actors & artists who lived over storefronts. The actors and artists described the personal struggles they battled in their lives and careers. The theme of Street of Dreams is a classic life lesson of “One wins, one loses and one makes his own breaks. Streat of Dreams was also featured at the 2009 International Film Festival held in Brazil and New York. 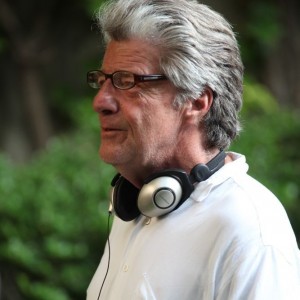 Tony’s Bread, James E.D. Keating’s 1998 Asian-themed film drama weaves a complex story of how greed and corruption destroy men’s lives, and the power of one woman’s love, which was strong enough to kill. “They were the perfect couple; too bad this wasn’t a perfect world.” Tony’s Bread was featured at the 2009 Skip City International Film Festival.

James E.D. Keating continued to hone his screenwriting and producing talents with 2001’s Tall Boyz, a 60-minute film depicting young adolescents who were caught up in the brutality of a city’s harsh and unforgiving streets. 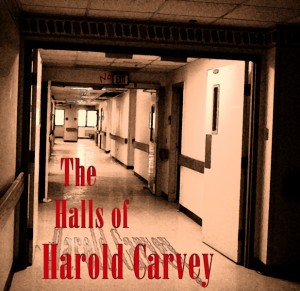 Most recently, James E.D. Keating produced 2014’s psychological thriller, The Halls of Harold Carvey. “We put a tie on and go down to the black hole of work, becoming de-sensitized to the headlines in our subconscious. Lost and tossed, we forget the story told of abuse and criminality in every day life.” The Halls of Harold Carvey begins with suicide, and descends into the the abuse and mistreatment frequently associated with the institutionalized care of psychiatric patients. Jason Roberts is a young psychiatrist who is riddled with the guilt and despair of being unable to pull a friend back from the brink of suicide. Roberts leaves his private practice to witness criminality and abuse at the hands of the doctors and staff of Harold Carvey Psychiatric, who seem more insane than the patients they’re treating. The young doctor’s criminal abuse at Harold Carvey Psychiatric leaves him weak and disabled, and seriously doubting his own decisions to practice psychiatric medicine. Inside The Halls of Harold Carvey, inhumane acts and exploitation become the common basis for criminal ‘therapy.

An Act of Animals, c. 2008, is a 120 page political thriller. “Between the Constitution and Revolution lay another wounded soldier.” Di Fonzo is currently developing a screenplay for the story. 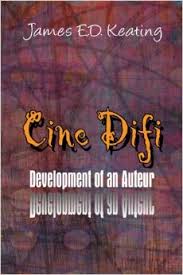 James E.D. Keating’s 2008 release, Cine-Difi Development of an Auteur, is a memoir of his journey from student to actor to director, writer and filmmaker. Also written as a journal of technical and artistic theories, it defines the core values and essentials for industry personnel to effectively grow as an actor, director, screenwriter or producer, Cine-Dife Development of an Auteur is heralded as a guidebook for maintaining commitment, perseverance and consistency in cultivating a successful career in the industry. 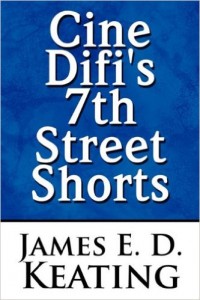 In 2010, James E.D. Keating published Cine-Difi 7th Street Shorts, a brilliant compilation of literary short stories, which was praised by one critic as, “A superb collection of short stories from one of the most creative minds of our time. A must read for lovers of truly great literature. 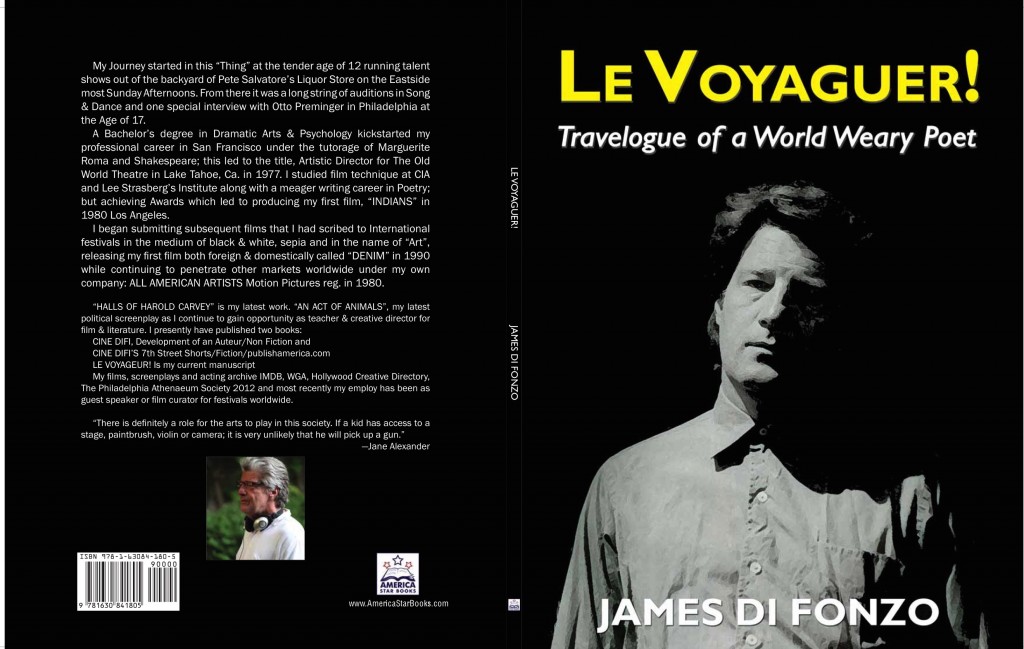 James E.D. Keating/James Di Fonzo is a Poet Laureate and contributor at The Athenaem Society, and has been featured at the Pennsylvania Academy of Fine Arts (PAFA). He has also been spotlighted at The Tribeca Film Festival (TFF), New York’s Independent Filmmaker Project (IFP), the Spirit Awards, and the Arrow Awards. James Di Fonzo has also served as Arrow Award Marshal. He currently serves as Vice President in Charge of Production for All American Artists.

As an advocate of children’s welfare and rights, animal welfare, and social services, James Di Fonzo/James E.D. Keating’s philanthropic interests are woven into the poetic libretto and literary novels he has penned throughout his voluminous career as an esteemed author, screenwriter, filmmaker, and auteur.