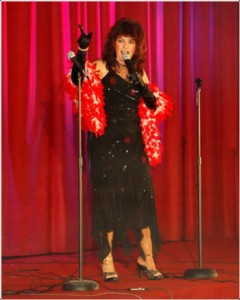 It’s been a while since Patti Lattanzi, Billy Carlucci and The Gang Show first graced our ears.  They started their radio show in 2001 in New Jersey.  The radio show evolved over time; it was an oldies program, and fit in quite well on Cruisin 92.1 FM and it turned into a personality show featuring Patti and her husband Joey.

Joey Lattanzi, who was a Grammy-nominated musician, sadly passed away suddenly in June 2003, aged 52 after a short battle with cancer.  He and Patti enjoyed a few years of their talk show, as well as collaborating with various musicians: Alice Cooper, Bobby Rydell, and Tio Puente to name but a few!

When Joey was alive, he and Patti would tour and perform together, often at nightclubs.  Joey was a trumpet player and music arranger, whereas Patti would be on the vocals and drums.  They had a star-studded musical career together, which Patti is now negotiating with her new partner, Billy Carlucci.

Patti Latanzi is now in a relationship with one of Kit Kat’s fill in drummers.  She and Joe Tataglioni, also known as Joe Dawg, are engaged to be married.  Patti Latanzi’s life is also set to feature in a film about her experiences as a radio hostess.  It is called Red Gravy, which is set to be produced by Randy Perez and Jacqueline Shulman, and will be aired worldwide as soon when the Pandemic is over.

It seems like a lot has changed since Patti Lattanzi first became a radio show hostess.  Patti Lattanzi as a child grew up across the street from Billy Carlucci and Jerry Blavat in south Philly and as she at the age of 8 would go and sneak a peak in the window about the now legendary Billy and his friends.  Patti and Joey began recording their radio program at Filomena Cucina Rustica Bar and Lounge in New Jersey.  The idea of the show was supposed to be friends catching up over food and drinks – reminiscent on the oldies theme of the show. 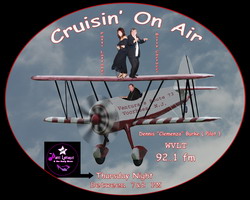 The authenticity of it all is quite nostalgic for listeners, who tune in to get a sense of the good old days which appears on the radio on Thursday nights at 7:00-8:00 right after Jerry Blavat’s radio show that appears on the same station from 5:00-7:00.  Many people reported that they listened to Patti Lattanzi, Billy Carlucci & the Gang show as a form of escapism, to get rid of the trappings of modern-day life, even if just for an hour 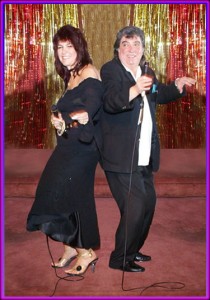 Patti acted as the self-titled “Intensity Control Manager” and keenly considered what their listeners want when she selects what to discuss and what characters to bring on the show.  The Patti Lattanzi Billy Carlucci & the Gang Show hosts guest entertainers weekly.  When Covid 19 hit the country, Patti & Billy looked for ways to provide a way to keep their audience engaged.  During the shut down, their engineer Dave Virgilio kept playing pre-recorded radio shows. 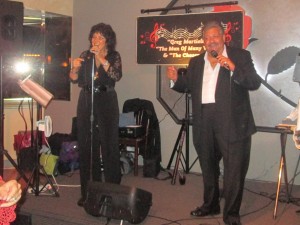 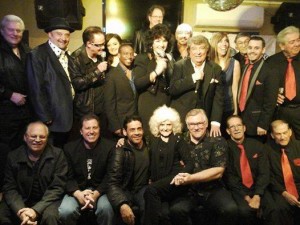 Just some of the guests that have appeared on the show include Lou Pacheco, Greg Martiello, Comedian Mike Marino, Vic Rubino, Lou “The Shoe” Porecca, Sonny Barry, Mike Volpe, Greg Armstrong, Tommy Delcorio, Jr.,  Michael Jones, Bobby Valli and many more.  They try to include people who are energetic, varied, and most importantly, entertaining.

Even if their live show is missed on Wednesday, tune in to Thursday nights on the radio from 7:00-8:00.  Live shows are definately worth visiting the Laughing Fox Tavern in Magnolia to see a taping of the Patti Lattanzi, Billy Carlucci & the Gang Show now taping on Wednesday nights.