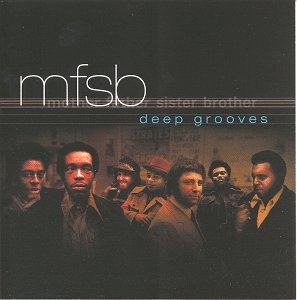 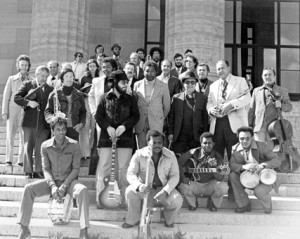 If you are a music fan from the Philadelphia area, you’re probably already familiar with the band “MFSB”.  An acronym for ‘Mother, Father, Sister, Brother,’ MFSB has been making waves and creating a distinctly Philadelphia-style sound for decades now.  The past and present members of MFSB are literally a a Who’s Who of musical talent. Just a few of the of the names associated with MFSB include Teddy Pendergrass, Harold Melvin and the Blue Notes, The O’Jays, Whitehead, Earl Young, Frederick Joiner, Bobby Eli, Winnie Wilford, Larry Washington, Leon Huff, Karl Chambers and McFadden. 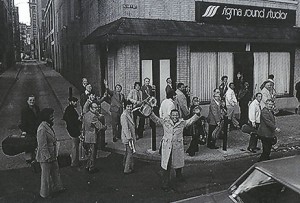 MFSB began in the early ‘70s as a pool of more than 30 studio musicians.  Those talented musicians were based at Sigma Sound Studios, a Philadelphia recording institution and one of the most widely respected music studios in the region at the time.  The members of MFSB worked closely with the production team of Kenneth Gamble and Leon Huff, and with producer/arranger Thom Bell. 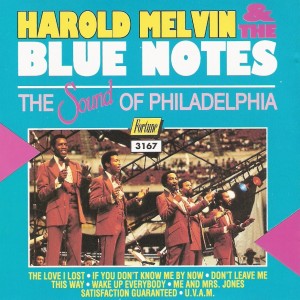 Throughout the years, the members of MFSB sang backup and performed with such diverse talents as Wilson Pickett, Bill Paul, The Blue Notes, the O’Jays, The Spinners and The Stylistics, among many others.  Not content to stay in the background, MFSB soon began recording and performing as a headlining group. 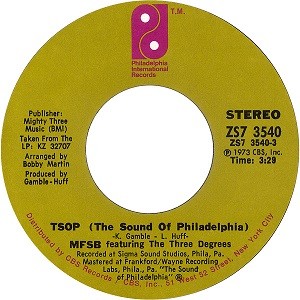 Their single, ‘The Sound of Philadelphia’ (TSOP) was released in March of 1974.  It featured the vocals of The Three Degrees, and reached number one on the Billboard pop and R&B charts a short time later.  ‘TSOP’ was originally written by Gamble and Huff as the theme song for the television program “Soul Train.”  It was released on the Philadelphia International label, and went on to sell more than a million copies, achieving gold status with the RIAA in April of 1974.  MFSB enjoyed great success throughout the disco era, hitting the Hot 100 charts and serving as the backup band for the O’Jays single, ‘Love Train,’ and garnering new fans with every performance. 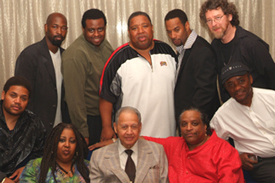 MFSB continued to record and entertain audiences long after the heyday of disco had come and gone.  In 2005 Keith Benson, who had served as drummer for the group, revived MFSB.  The new (and returning) lineup of MFSB included Jimmy Williams on bass, guitar players Barton French and Dennis Harris, Victor Carstarphen on keyboards, and vocalists Johnny Ingram, Michael Clark and Carla Benson.  Keith Benson also took up his former position as drummer for the newly-revived MFSB.

In 2007, MFSB added saxophonist George Bussey, Jr., trombonist Matt Vernon and trumpet player Bill Hosbach, Jr. to the mix.  The band performs throughout the region, delighting audience members at private events and public concerts.  After all these years, MFSB remains an integral part of the quintessential Philadelphia sound.  The connection with ‘The City of Brotherly Love’ is so strong that MFSB was a featured part of the 2008 inauguration of Philadelphia Mayor Michael Nutter.

Whether they are playing a huge concert hall or a tiny private club, the members of MFSB always give their all.  These talented musicians are not content to rest on their laurels or revel in past successes.  They remain dedicated to the Philadelphia sound, and its shines through with every new performance.