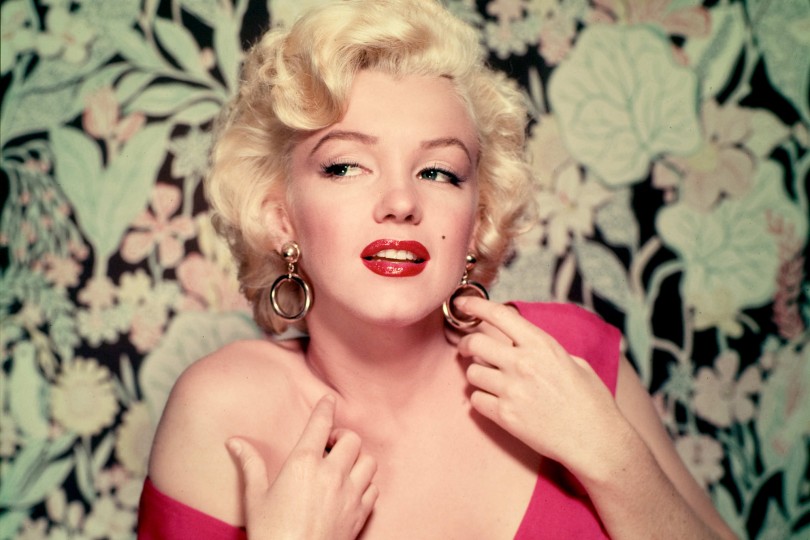 Marilyn Monroe’s name has become synonymous with beautiful, full figured sex symbols whose bombshell looks are just as striking as their enormous talent.  Monroe ruled Hollywood for several decades setting a precedent that would continue for many years after her ill fated death. 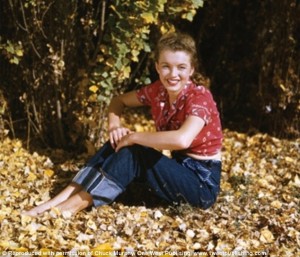 Monroe’s many names have included Norma Jeane Mortensen and later Norma Jeane Baker but is most well known by her famous moniker.  Monroe’s early years were tumultuous as she was often passed to various foster homes and received inclement treatment.  Perhaps out of desperation and in an attempt to escape her troublesome situation, Monroe married Jimmy Dougherty at the young age of 16. 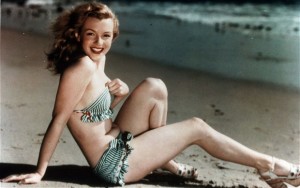 A military man, Dougherty was deployed soon after they wed which left Monroe, a high school dropout, to her own devices as she picked up odd jobs in Burbank, at one point working in a munitions factory.  Monroe’s striking beauty and close proximity to Hollywood proved fortuitous as she was soon recognized by a photographer and began to make money modeling. 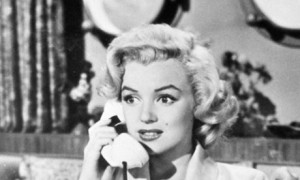 Monroe ultimately divorced Dougherty and began to pursue a full-fledged career in acting.  The burgeoning starlet studied at the Hollywood Actors’ lab and would soon receive her big break starring in films with 20th Century Fox.  Hollywood had never seen anyone quite like Monroe; her performances were, at times, underwhelming and she notoriously suffered from pre-performance anxiety which made directors hesitant to work with her. 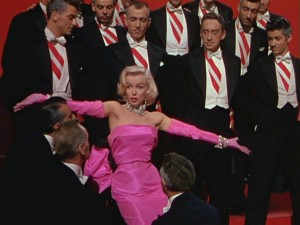 However, movies featuring Monroe drew in large crowds and the superstar quickly become a fashion and beauty icon for women and a dominating sex symbol for men.  Monroe’s filmography includes The Asphalt Jungle, All About Eve starring alongside Bette Davis, The Prince and the Showgirl, Niagra and later the films that would define Monroe’s style, combining her beauty and wit including, Gentlemen Prefer Blondes and Some Like it Hot.  In total, Monroe’s films grossed more than $200 million and allowed her to gain international star status. 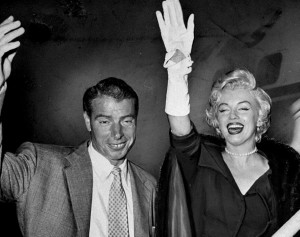 The blond bombshell’s personal life was almost as riveting as her long career in Hollywood.  Monroe’s love life included several marriages and unsuccessful relationships including her highly publicized marriage to baseball legend, Joe DiMaggio followed by playwright Arthur Miller.  The gorgeous star was rumored to have been involved with one of the Kennedy brothers around the time of her death.  Prior to that Monroe’s famous relationships included Hollywood greats, Marlon Brando, Frank Sinatra and Yves Montand. 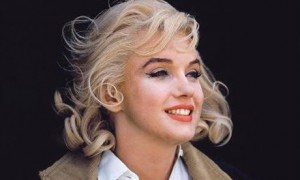 The legendary and adored actress and sex symbol passed away well before her time dying at the young age of 36.  The cause of Monroe’s death has been speculated over the years but she is widely believed to have died of a drug overdose. 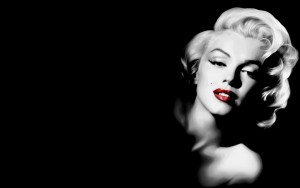 Monroe continues to gain legions of fans well after her death.  The beauty’s famous “look” has stood the test of time; the star’s shapely hourglass figure, wavy platinum blonde hair and red lip remains popular today and serves as an inspiration for famous modern day performers including artists and style icons Gwen Stefani and Lady Gaga as well as female impersonator, Holly Faris.