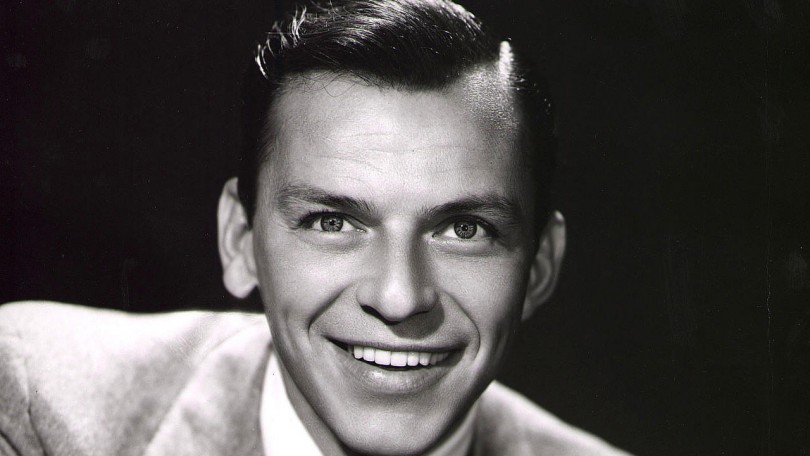 Frank Sinatra serendipitously rose to fame during the Big Band swing era, an era marked by jazz, instrumental melodies and harmonizing voices and lyrics from solo acts or quartets.  Sinatra’s hypnotizing voice, unforgettable talent and catchy hits including, “New York, New York” and “Fly me to the Moon” immediately set him apart as a remarkable star. 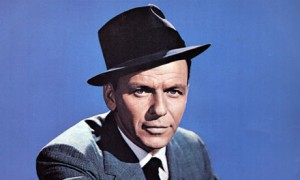 The now world famous singer, actor, producer and director came from humble beginnings.  Born in Hoboken, New Jersey in the year of 1915 Sinatra cheated death, when he nearly died at birth, but he made a miraculous recovery.  The Italian singer is from Sicilian descent and, like most other immigrant families, struggled financially while trying to figure out how to make a career for himself.  Sinatra ultimately dropped out of high school and began to pursue a singing career. 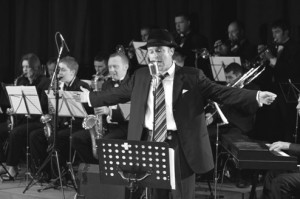 Mega star and talented big band artist Bing Crosby served as Sinatra’s role model.  The teenaged Sinatra was enamored with Crosby’s strong baritone voice and began to emulate his favorite artist, which ultimately gained the attention of band leader Harry James.  Sinatra partnered with James for his first recording “All or Nothing at All.”  Sinatra’s later collaboration with band leader and trumpeter Tommy Dorsey resulted in numerous singles including the hit, “Without a Song.”  The success Sinatra enjoyed with Dorsey paved the way for a successful solo career. 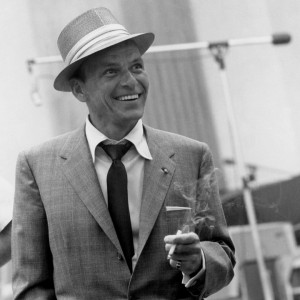 Much like his musical icon Bing Crosby, Sinatra’s deep baritone voice was spellbinding and allowed him to gain a cult following.  Sinatra’s famous monikers included “The Voice” and “The Sultan of Swoon.”  Fans would soon come to enjoy their favorite singer on the big screen.  Sinatra went on to have a lengthy and successful career in film starring in motion pictures including Higher and Higher, The House I Live In, and Meet Danny Wilson.  The singer and actor received critical acclaim for films The Manchurian Candidate and The Man with the Golden Arm, and won an Oscar for his portrayal of American soldier Maggio in the film From Here to Eternity. 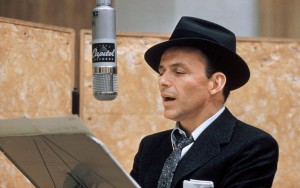 Sinatra had become an entity.  He gained legions of fans over his career which spanned decades.  In the 1950’s the super star signed with Capitol Records and saw the release of “Songs for Young Lovers,” “My Funny Valentine,” and “All the Way” from the major motion picture The Joker Is Wild which earned the super star an Academy Award in 1957 for Best Original Song. 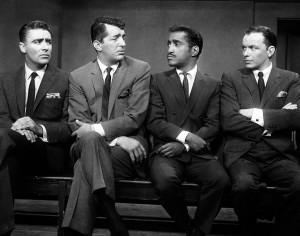 In the 1960’s Sinatra took his act to Las Vegas, entertaining frequently at Caesar’s Palace.  Additionally, along with the other members of the “Rat Pack,” Sammy Davis Jr., Dean Martin, Peter Lawford and Joey Bishop, Sinatra performed regularly at the Sands Hotel in Las Vegas with the highly popularized act “Summit at the Sands.” 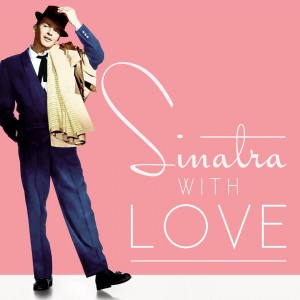 Sinatra’s eminent talent has yet to be forgotten as he continues to be immortalized through his music and film.  Many talented performers famously impersonate the icon including artists Greg Armstrong and Pete Cannella whose deep baritone voices greatly resemble Sinatra’s.  The one who get more corporate gigs and is coined J Young Sinatra is James Young.

To learn more about Frank Sinatra visit his fan Facebook page or read his complete biography.