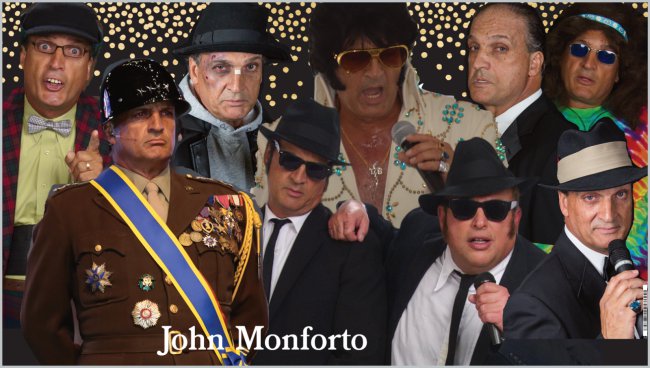 John Monforto is a multi faceted entertainer whose talent encompasses every aspect of the entertainment industry.  Monforto is a trained baritone
singer, a multiple celebrity impersonator, a premiere tribute artist, a distinguished actor who excels in the art of improvisation, a unique
comedian, a superb voice over artist, an impressionist, a creative writer  and a producer.  His personality, showmanship, outstanding talent and
passion for the arts are sought after by many casting directors, talent agents and meeting planners in the entertainment community. 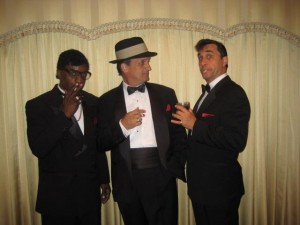 This unique entertainer prides himself on creating memorable performances while building lasting relationships with his clients.  This has given John Monforto the longevity to sustain a successful career as a full time  entertainer for more than four decades.  For over 30 years, Philadelphia native, Monforto, has entertained thousands as “The Official Rocky Impersonator” for the City of  Philadelphia.  In fact, Philadelphia’s former Mayor and Ex Pennsylvania Governor, Ed Rendell, was quoted as saying, “Whenever you visit the City of Philadelphia, it’s a must to have a visit from Rocky (referring to John Monforto.)  Quite frankly, along with our new skyline, he’s become one of the city’s biggest tourist attractions.” 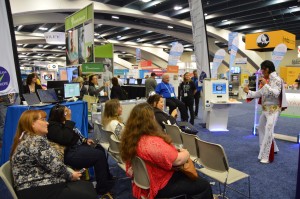 John Monforto’s signature Elvis Tribute Show continues to give his fans chills throughout every performance.  Elvis is alive through the amazing voice and talent of Monforto.  He pays perfect homage to the King of Rock n Roll, appearing in dazzling 1970’s jumpsuits and re-creating Elvis’ voice so closely, most people think he is lip synching.  Combined with his seasoned stage presence and entertainment savvy, Monforto’s shows are like no other Elvis performance anywhere!  John started performing as Elvis (on a dare) over 40 years ago and continues to captivate thousands as the King from coast to coast. 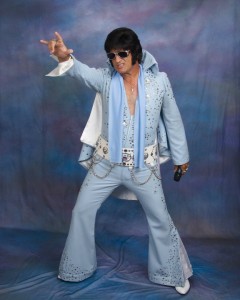 John Monforto is admired and respected by his colleagues, employers and  audiences for his excellent work ethic, easy going personality, attention to detail and professionalism.  Monforto’s talent has been appreciated throughout the U.S., Europe, Mexico and the U.K. for thousands of corporations.  His voice can be heard on radio stations from Philadelphia, PA to the continent of South Africa.  John has entertained and appeared in numerous motion pictures and television shows as well as parades, nightclubs, lounges, concerts, commercials, restaurants, trade shows and theater productions across the nation. Most recently, he starred in the leading role in Michael Ogborn’s Premiere Production of “The Three Maries” as Banjo Eddie at The Prince Theater, Philadelphia, PA. 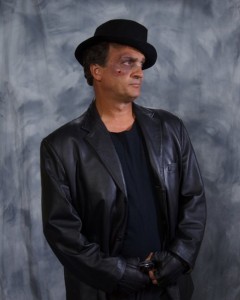 John Monforto’s career is built on his immense creativity and love of performance. He seamlessly customizes each production for every client’s theme,
mission statement or guest of honor.   Monforto has created, written and produced the following shows: The Blues Brothers Revue; The Rat
Pack Tribute Show; Celebrity Sensations; The Godfather & Friends Revue, and V*O*I*C*E*S, his One Man Show.   John Monforto is proud to announce his arrival into South Florida for the upcoming performance of his very popular One Man Show, V*O*I*C*E*S, opening January 2017 at The Broward Stage Door Theater in Coral Springs, Florida. This thrilling One Man Show uniquely displays John’s ability to imitate singers, and mimic the
personality and voices of dozens of famous figures.  It’s a show you do not want to miss. 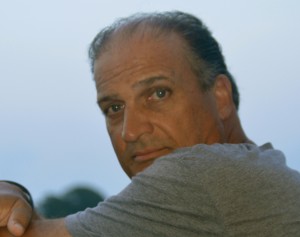 Whether performing with an orchestra, trio or background tracks, John Monforto’s shows always include audience participation, giveaways, trivia, pictures with his audience and even custom written song parodies.  John Monforto is available for public, private and corporate events.