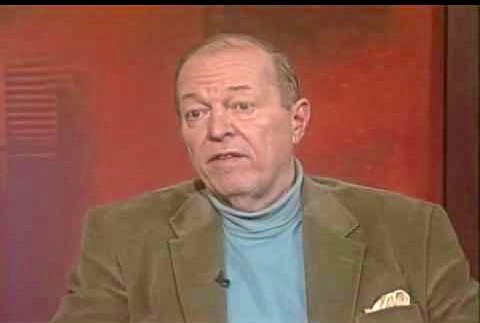 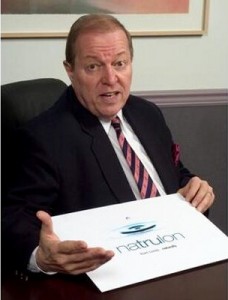 With a wealth of marketing and communications expertise, Dr. Walter Guarino has made an indelible mark on the corporate world of New Jersey and New York. From product/brand research and development to marketing communications and strategic media placement, Dr. Guarino has led several top east coast ad agencies and firms in his 50 year professional career. He now brings his professional acumen to the Hooked on Everything media and PR platform as Director of Business Development. 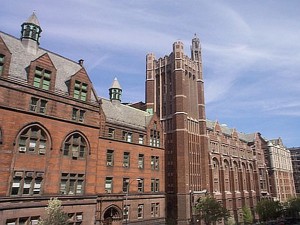 Growing up in Brooklyn, NY, Walter Guarino attended the Poly Prep Country Day School. He studied piano from the age of four, and as a college student, learned to play the guitar and banjo. (Walt’s guitar tutor was Art Garfunkel, who has catalogued a sensational music career as a member of the folk rock duo Simon & Garfunkel, as well as a solo artist.) 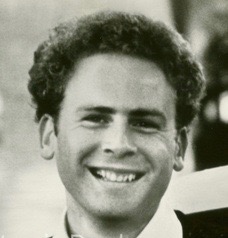 During his years as a student at New York’s Columbia College in the mid 60s, Walt was also a member of an octet singing group, where he sang the same second tenor parts with Art Garfunkel. The popular musician was also instrumental in securing summer work for Walt with chart-topping artists including Bobby Darin, Steve Lawrence and Edie Gorme, Andy Williams, the Everly Brothers, and more. In his few moments of spare time, Walter loves to channel his artistic avocations. In addition to music, he enjoys painting – primarily oils, and working with his hands. As a child, Walt’s mother taught him to sew. As a result, this corporate executive – artist – philanthropist has actually created window treatments, and crafted numerous gifts for friends and family. 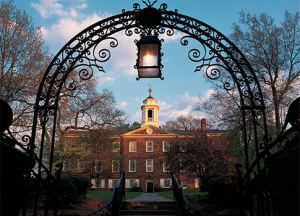 After graduating from New York’s Columbia College with a Bachelor of Arts degree in Government, Walter went on to earn his Juris Doctor degree in 1966 from the Rutgers School of Law.  Walt began his career as an account executive for New York’s Lintas, where he introduced 3B “all” detergent for Lever Bros. He moved to BBDO in 1974 as a Sr. Account Executive and Assistant Vice President, and then to Ted Bates & Co. in 1979 as a Sr. Account Executive and Vice President. While at BBDO and Ted Bates & Co., Walter launched babyScott diapers for Scott Paper Co., and Certs gum and Rolaids liquid for Warner-Lambert Co. 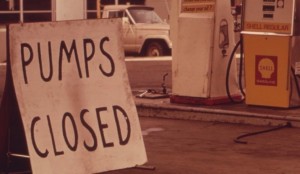 In 1984, Walter accepted a position at Doyle Dane Bernbach, where he managed the Mobil Oil Corporation account. He successfully led his team to develop Mobil One synthetic motor oil, a cutting edge gas-saving product which was critically important during the unprecedented energy crisis of the 80s.  Today, Mobil One is the world’s largest selling automotive product. Walter returned to BBDO/Doremus in 1990 as Executive Vice President and General Manager, where he provided on-site financial advertising and investor relations training to a staff of 90 professionals. From 1990 to 1994, Walter served as Executive Vice President and Group Account Manager at New York’s BJK&E Advertising. Here he managed the Merrill Lynch worldwide account, and the advertising accounts for Republic Bank of New York, and Bankers Trust, as well as key capital growth and investment trust projects. 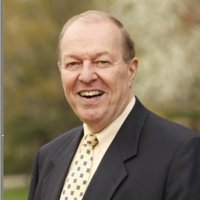 In 1999, Dr. Guarino accepted a position as President at Albert Frank Guenther & Law. This 106-person financial communication agency served over 67 Wall Street clients and 17 international businesses including Goldman-Sachs, JP Morgan, Morgan Stanley and Salomon Brothers. Moving to New Jersey in 2004, Walter served as President and General Manager of Poppe Tyson, where he conceptualized and transitioned the company into a totally interactive program. In less than five years, he grew the $30 million communication firm to over $340 million in annual billings. At Poppe Tyson, Walter planned and executed websites and online communications for the White House/US Government, IBM, AT&T, Hitachi, SONY, Cadillac, Chase Manhattan, Dow Chemical, T. Rowe Price and several other Fortune corporations.

Dr. Guarino’s executive skills and expertise in marketing and communications led him to Insight/SGW Integrated Marketing Communications where he spent three years leading the company in building brands and directional marketing communications research. 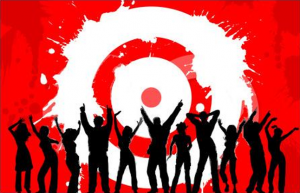 In addition to his Director of Business Development role at Hooked on Everything, Dr. Guarino is currently managing partner for Practicomm LLC and President of The ERC Group. Practicomm is the first CIMC (Contemporary Integrated Marketing Communications) firm in the state of New Jersey. Here he has led key brand positioning and communications projects for clients including Canon, JVC, Sussex Bank, NVE Bank, Grand Bank, PJ Murphy Forestry Products, Glen Rock Hams, and Premier Group International Pure Plastics. At ERC Group, Dr. Guarino is leading a team in developing and marketing the world’s first 100% pure plastic food containers, and a certification program to ensure purity in all plastics. 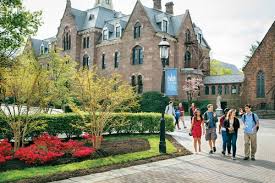 As a lifelong proponent of the importance and value of education, Dr. Guarino has held his position as an Adjunct Professor at Seton Hall University since 1995. He has developed and taught proprietary courses for social media, branding, marketing communications, crisis management and non-profit public relations in the University’s Masters degree program in Communications. 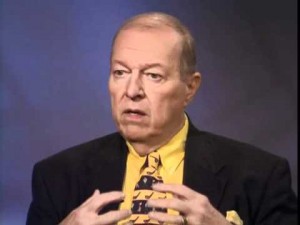 Dr. Guarino’s philanthropic interests are as diverse and notable as his professional resumé. He serves on the board for over 10 organizations ranging from arts and culture to health, education and human rights, including Jersey Battered Womens Services, the Christopher Reeve Foundation, Newark Museum, The Park Avenue Foundation, Pinelands Preservation Alliance, NJN Foundation (public television broadcasting), Business & Education Together Foundation, The Caucus Foundation. Dr. Guarino is also a Founding Board Member of Medical Missions For Children.  With the exception of Barack Obama, Walter Guarino has been in the presence of every US President since Harry Truman – in fact, he has even hosted a few of our country’s leaders at charity dinner events. 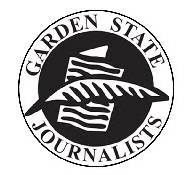 Dr. Guarino was awarded The Governor’s Gold Medal, the highest honor a resident of New Jersey can receive. The award recognized Dr. Guarino’s multinational initiative which he created to bring cultures in the state closer together. As a contributing editor to the USA Today, US News & World Report, CNN News and The New York Times, Walt has also been a judge at the annual awards event for the Garden State Journalists Association. Other honors include the Freedom House Person of the Year, Park Avenue Club Man of the Year, and induction into the New Jersey Advertising Hall of Fame. Dr. Guarino was also listed in the 2013-14 Academic Directory (Academics Who’s Who) for his faculty and academic roles at several post-secondary institutions of learning.

Walter and his wife Maureen ‘Reen’ have been married for 42 years, and he lovingly introduces Maureen as his “first wife” to this day. Walter and Maureen met in New York City when he was establishing his career in the advertising industry and she was producer of NBC television’s soap opera series, “The Doctors.”

The Beat Goes On

The reaction to Walt’s first earlier article has been nothing short of terrific.  So much so that Walt, who is the Business Director for Hooked On Everything, became a client!  After signing up for the Gold Level, he is excited about getting even more reactions like he has in the first week of April, 2016.  For example, acting as a business development consultant for a pure plastic company, he was awaiting a reaction from an investor in the Middle East.  In order to get a quicker response, Walt sent the investor a link to his article.  The next day, he received a message that “the article is wonderful and we’re good to go.”  The amount of the investment is $2 million!  Talk about “article power”! 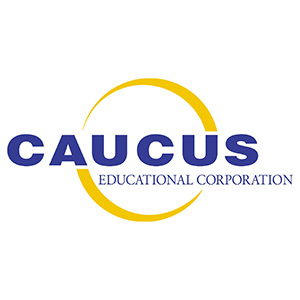 Also, Walt has been a Board Member of The Caucus Education Corporation, a charity to help inner city children headed by Steve Adubato.  Steve has over two million viewers on his four television shows which are on PBS and streamed online as well.  Recently, the longtime Board Chairman passed away and in the search for a replacement, Steve sent the Nominating Committee Walt’s article.  At the next meeting, Walt was elected to Chairman of the Board unanimously.  They all loved the article!

As if that was not enough, word about the article spread and Walt was recently asked again to become a Judge for the Garden State Journalists Association.  Once a year, they vote on which journalists wrote the best articles by categories.  The head of the organization reached out to Walt after reading the article!  Walt will soon be advising a group called Fist to Five, a nonprofit subsidiary of the accounting firm, SAX/BST.  The organization is unique in that it provides advice to other nonprofits on how to become more “businesslike” and to businesses to become more socially responsible.  It’s a wonderful organization and Walt will be helping them grow.

The New Jersey Girls Scouts organization has asked Walt to help them re-position the group for today’s young girls who are not totally aware of the benefits of being a Girl Scout.  He will also be investigating novel ways for the organization to grow its resources and revenues.  On top of that, an old client who let him go a few years ago just called and wants him to work on his new business.  Article power?  Article power! 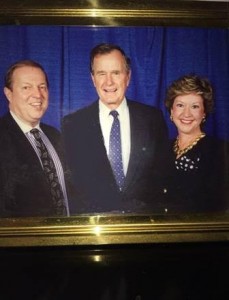 Previously mentioned in the article, Walt has had the extraordinary experience of seeing every U.S. President (with the exception Obama) since Harry Truman up close and, in some cases, entertaining a few of them.  His favorite story was when he was with President George H.W. Bush.  At a speaking event hosted by The Business & Education Together Foundation at Drew University, Walt (as Co-Chair of the Foundation) and his lovely wife, Maureen, were asked to be in a “photo op” with the former President.  Standing between the Guarino’s with his hands on their shoulders, Walt turned to President Bush and said “Mr. President, can I tell you a secret?”  Bush turned to him and asked him what the secret was. “You were my favorite”!  Walt reported that President Bush pulled him gently into his body and with his eyes welling up with a tear or two, replied: “Thank you, Walt”.  Walt said his knees turned to rubber and he will never forget that moment.