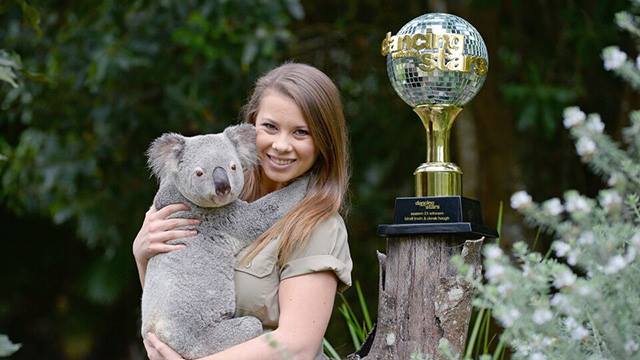 Bindi Irwin is the daughter of late Crocodile Hunter, Steve Irwin. Though still a teen, Bindi Irwin is a renowned actress and television presenter who debuted in front of the cameras when she was just a toddler.  In fact, anyone who has watched Steve Irwin’s Crocodile Hunter shows is apt to remember the vibrant enthusiasm Steve displayed when interacting with his children who occasionally appeared with him on camera.  The tragic loss of  conservationist, educator and activist Steven Irwin due to stingray attack shocked and saddened the world.  The thought of what is loss would mean to his wife, children and extended family increased the deep sadness we felt.  However, today there is gratifying comfort in witnessing Bindi Irwin carving her own path and career. It is definitely a feat that would make her beloved father incredibly proud. 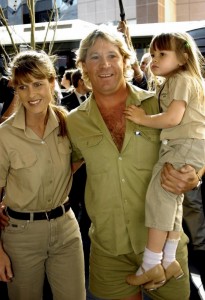 Bindi Irwin was born in Queensland, Australia in 1998.  Her mother is Terri Irwin, who also worked and filmed alongside her celebrated crocodile-wrangling husband, and now owns the Australia Zoo in Queensland.  While she regularly appeared on her father’s show, Bindi Irwin also appeared on the Wiggles: Wiggly Safari in 2002. Not surprisingly, many of her roles are associated with animals, an ode to her family background and early life experiences. 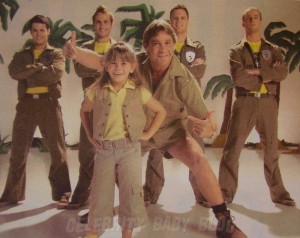 During her youth, Bindi Irwin continued to appear with animals, and starred in her own wildlife documentary series, Bindi the Jungle Girl.  She is also featured on a children’s fitness DVD called Bindi Kidfitness.  During her early youth, Bindi proudly worked as an Australian tourism ambassador.  She has appeared on numerous award-winning talk shows including The Late Show with David Letterman and The Ellen DeGeneres Show.  As her notoriety has grown, Bindi Irwin has been a presenter at awards shows and has make a wide array of appearances in documentaries and events associated with conservation efforts, and animal awareness.  Bindi, along with her mother Terri Irwin, is a dedicated naturalist and conservationist.

Bindi Irwin:  Out on Her Own 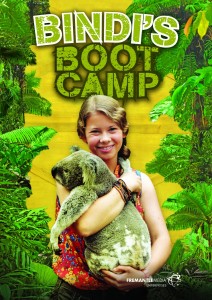 Although Bindi Irwin is still a teenager, she is steering her career path into broader acting roles.  Bindi recently appeared in films including Free Willy: Escape from Pirate’s Cove and Return to Nim’s Island. Bindi’s expanding film roles, however, have not detracted from her dedication to animals.  In 2012, she hosted a unique wildlife-themed show called Bindi’s Bootcamp.  Bindi Irwin also launched a fictional book series, and her growing professional resumé now includes writing. 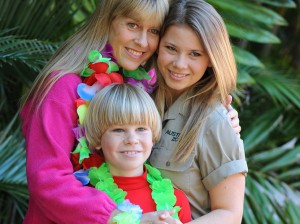 While Bindi Irwin’s career appears incredibly promising, many fans are excited just watching her mature.  Publicity reports seem to alert the world when she’s dating, driving, or even changing her hairstyle.  Irwin lives at the Australia Zoo with her mother and brother.  While home-schooling there, she performs routine chores related to caring for the animals and the zoo.  The family often talks about their beloved husband and father, and continue celebrating and preserving his passions and legacy. Like her parents, Bindi Irwin is family-oriented, and is extremely close with her younger brother Bob.  Bindi was awarded the Australian Geographic Society’s prestigious award for ‘Young Conservationist of the Year’ in 2014,  and dedicated the honor to her late father. 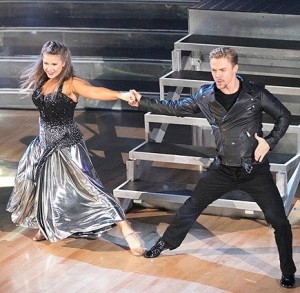 Yes, Bindi Irwin is maturing into a charismatic young woman whose far-reaching talents and goals are nothing short of admirable.  As Bindi continues to flourish, taking on new roles, and paving her own path in life, it is undeniable that her talent will continue to grow.  When it comes to Bindi Irwin, this world has much more to enjoy of her aspiring career.