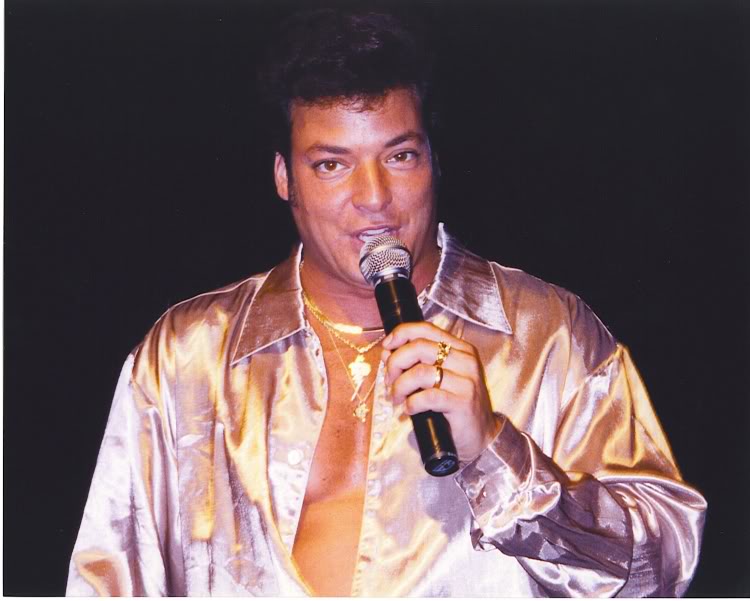 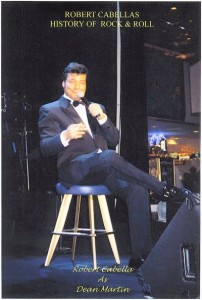 Singer/artist Robert Cabella has been nicknamed “Dino”, and it is easy to understand why.  Through the years, Robert has become justifiably famous for performing some of the biggest classics in the world of classic rock music, including his favorite – the great Dean Martin.

While Robert Cabella now calls the state of New Jersey his home, he has not always been a Garden State resident.  Although he was born in the New Jersey and South Philadelphia area, Robert spent much of his time in Biloxi, Mississippi.  The city of Biloxi is known for many things, but it may be most famous as a gambling destination.  Third only to Las Vegas and Atlantic City, the city of Biloxi is home to many great casinos, and it was in those casinos that Robert Cabella got his start. 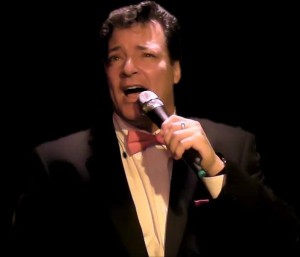 During his time on the casino circuit, Robert Cabella performed at the Grand Casinos in Louis, MS, Gulfport, MS and Biloxi, MS. He also performed at Treasure Bay, President Casino, the Copa Cobana, Treasure Chest and Hollywood Casino in Memphis, Mississippi.

These casino shows taught Robert Cabella a number of valuable lessons and introduced him to audiences from all walks of life. He greatly enjoyed his time on the circuit, and many of the people he met in those days are still big fans of his music and his performances.

Robert Cabella spent 12 years in the Biloxi area, finally leaving after the devastation of Hurricane Katrina. He landed back in his home region, and he is now proud to call himself a resident of the New Jersey and South Philadelphia area. 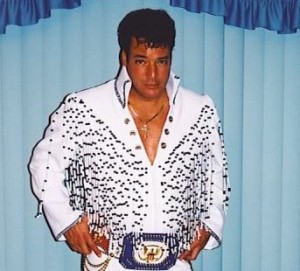 This performer is not short on switching from one character to another and is now happily living in New Jersey; he performs throughout South Jersey and Philadelphia as well as New York.  His performances are varied and can be tailored to the tastes of each audience.  One  might see Robert Cabella singing the songs of Elvis Presley and delighting Elvis fans everywhere;  The next night Robert might be singing the songs made famous by crooners like Tom Jones, Dean Martin and Rickey Nelson.  Robert Cabella has even been known to perform hits from the Bee Gees and Bobby Darren. 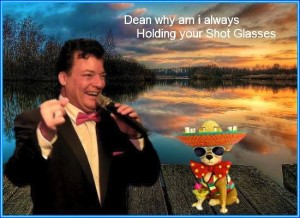 Wherever he goes and whatever songs he sings, Robert Cabella continues to gain new fans at every venue.  From local churches and Knights of Columbus venues to theaters, cabarets and yes, casinos, Robert is happy to travel almost anywhere throughout the New Jersey and South Philadelphia area.  After all, this region is his home, and he is happy to be back home after all these years.