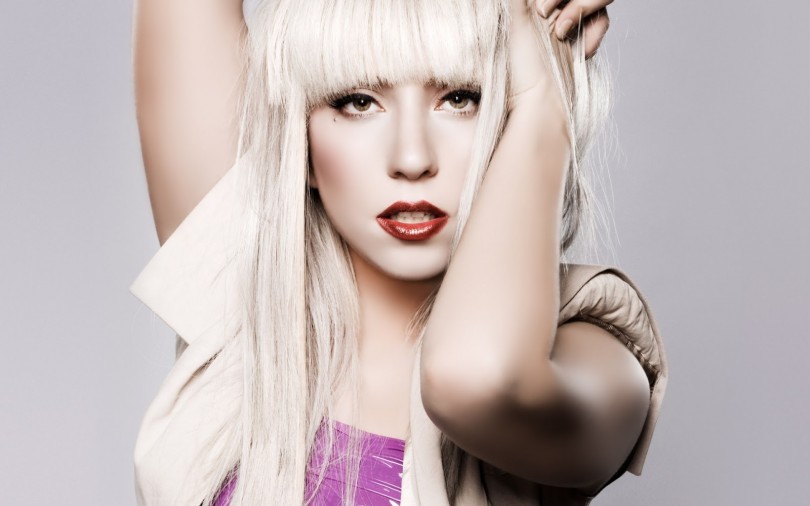 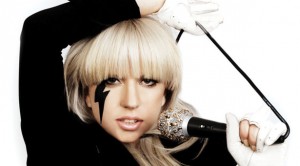 Lady Gaga debuted in the music world with smashing hits “Just Dance” and “Poker Face,” which immediately prompted the burgeoning artist into stardom.   These were followed by the hit single, “Bad Romance,” which enjoyed an astonishingly good reception.  Gaga’s song “Telephone,” featuring the already established superstar Beyoncé, kept feeding this cycle of success amassing a large following for Lady Gaga whose fans enjoyed her musicality and visually unique videos and style. 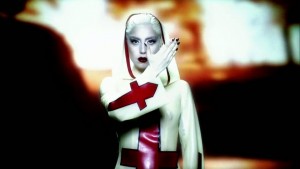 Lady Gaga’s style is often described as shocking boasting the singer wearing bizarre outfits and singing polemic lyrics.  The music video “Alejandro” featured the star dressed as a nun against a backdrop of very strong anti-religious imagery with elements of sado-masochism.  The single “Judas” further propelled Gaga’s anti-religious and non-conformist stance with the star singing, “I’m in love with Judas,” the disciple that famously betrayed Jesus Christ. 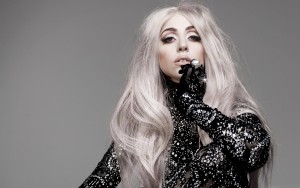 In Born This Way, Gaga’s second album, the song with the same title brought Lady Gaga into an even more prominent position.  More mystical features were added to the visuals in her videos and message, but her role gained another angle: Gaga was praised as an example of prejudice-shattering emancipation, through her powerful and uncompromising drive to challenge conventional values and barriers – true to her trend-setting pop superstar standing. 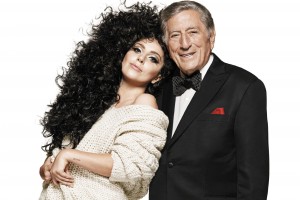 The question, though, is how this “fame monster,” as she called her 2009 album, became a true “fame dame,” now singing Cole Porter with Tony Bennett.  To say that the Cheek to Cheek album of Gaga and Bennett, released in 2014, is a surprise is a true understatement.  Well, everyone already knew that Lady Gaga could sing.

Gaga’s vocal talents were never called into question – not even by her fiercest critics.  However, who could foresee that this scandalous star that viewers had grown accustomed to being shocked by, with her increasingly strange (borderline morbid) videos and public appearances, take the stage with a very conservative Italian American star such as Tony Bennett?  Unexpected, definitely, but with a simply brilliant result. In a superb jazzy performance, viewers can enjoy the surprising but entertaining and classy chemistry between Gaga and Bennett, listening to fine old-fashioned tunes such as “That Lady is a Tramp,” “Anything Goes,” “Nature Boy” and “I Won’t Dance.” 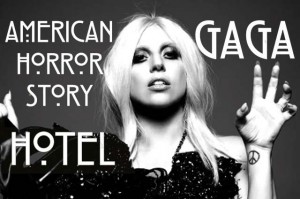 Yes, Lady Gaga is a true artist and she proves that she can deliver something good for all tastes.  Even the most conservative won’t say no to the jazzy side of Gaga.  Clearly a very versatile and smart performer, there is so much more to the story of Lady Gaga.  Not happy with being a singer, songwriter and dancer, Gaga has also attempted acting starring in the cult classic “American Horror Story.”  Gaga’s performance on the show has gained critical acclaim allowing the star to secure a spot as one of the top ten actors of this gruesomely successful show. 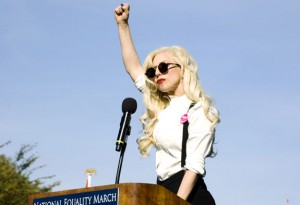 One other mandatory side of Lady Gaga that must be mentioned is her involvement with solidarity and philanthropy.  Gaga has been considered by the Time magazine as one of the Most Influential People of the Decade, and she has used a great part of her influence to promote LGBT rights and raise awareness about HIV/AIDS prevention, having established the non-profit empowerment-driven Born This Way Foundation, making her an even more important icon for the youth to admire and follow.

With this resume, it’s incredibly easy to get #hooked on Lady Gaga, and one can only wonder what she will do next.  There are two things that we already know, however – it will be surprising and it will be a success.