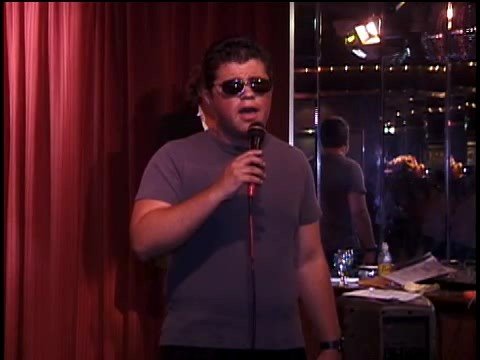 YouTube has already launched a number of stellar careers, and blind singer Mike Jones may very well become one of the next internet-launched sensations.  Mike Jones is far from a one-hit wonder, and he has been delighting viewers of his YouTube channel for some time now.  His singing engagements have not been limited to the online world, however.  Mike’s growing fame has led to a number of important invitations, and he rarely turns down an opportunity to please his fans and support local causes. 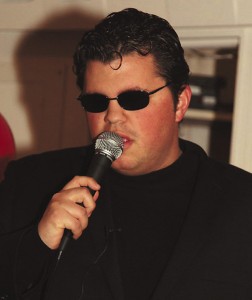 Mike Jones is a graduate of Washington Township High School, and has already made his alma mater proud.  Despite his disability, he remains happy and optimistic about the future and his budding musical career.  Mike hasn’t allowed his blindness to hinder him; instead he has chosen to focus on the great things he can do.  He loves performing throughout Gloucester County and supporting several local charities.  Indeed, Mike Jones has become the unofficial voice of Gloucester County.  While this newly-famous blind singer recently seems to be everywhere, he is far too humble to accept the ‘Voice of Gloucester County’ moniker.  Instead he prefers to focus on creating compelling music and meeting new people throughout the region. 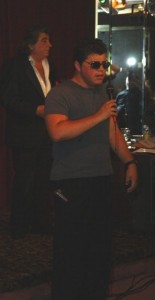 A talent for music and a talent for business both run in the family.  Mike’s mother Debbie serves as his booking agent, and arranges his schedules with local venues to increase the exposure he for the development of his career.  Debbie also accompanies her son to his performances.  In fact, Mike’s mom has been there for him at every single performance.  She very deservedly has had a front row seat to his burgeoning career and growing acclaim.

With a growing fan base, Mike Jones and his fantastic voice are no longer confined to Gloucester County.  He recently performed at New York’s prestigious and highly acclaimed Carnegie Hall, making him a member of a very exclusive club.  Mike was paired with the famous Jubiliate Deo Chorale and Orchestra in his Carnegie Hall performance. 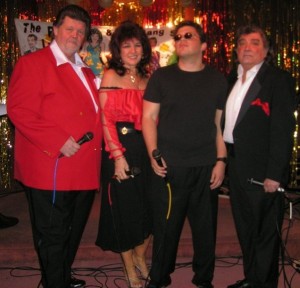 Mike also enjoyed a memorable performance far from the revered Carnegie Hall.  He traveled to South Bend, Indiana, where he was asked to perform the National Anthem before a Notre Dame University basketball game.  The National Anthem is a notoriously difficult song to master, but the reviews of Mike’s performance were overwhelmingly positive.

Mike Jones has logged hundreds of other performances around the country, yet some of his most memorable moments have occurred closer to home.  His growing online and live fan base still rave about his spectacular rendition of a Viennese Waltz that he had never previously sung.  This unforgettable performance took place at local landmark Auletto’s, while a ‘Dancing with the Gloucester County Stars’ performer was performing his finale.  The performance brought the house down, and Mike Jones acquired a bevy of new fans. 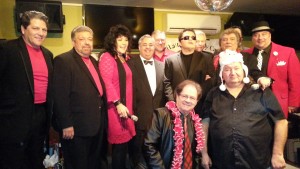 While Mike enjoys performing all types of music, he has a special fondness for patriotic tunes.  His rendition of ‘The Star Spangled Banner’ at Notre Dame may have been the highest profile performance of the iconic song, but it was not the only one.  Mike has performed The National Anthem and the patriotic hit, ‘Proud to Be an American’ dozens of times; often for charity events.

Mike Jones feels a special fondness for contributing to worthy causes, and he rarely turns down a chance to perform for the charities he believes in.  He has been known to perform for free at charity events, although on occasion he’ll accept a meal in return for his performance.  Mike Jones also enjoys singing religious tunes, and he can be seen performing at local churches several times a year.  His love of sacred music is a hallmark of his personality, and an indication that his growing fame will provide many opportunities to promote and encourage the special and meaningful things of life.