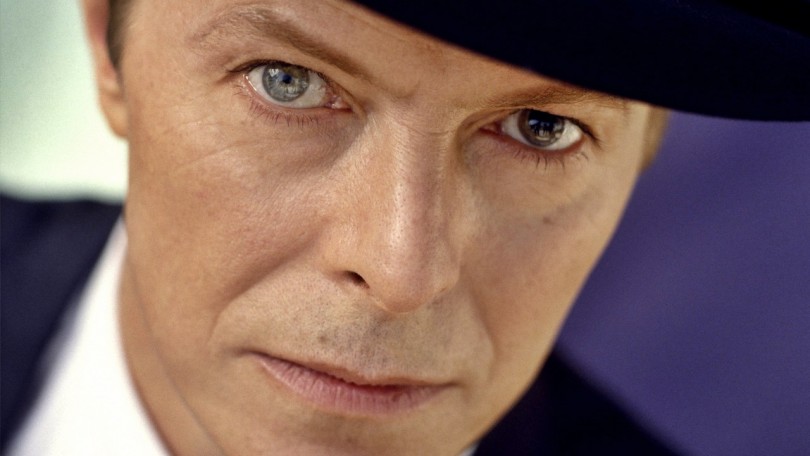 English rock star David Bowie rose to prominence in the late 60’s and left an indelible mark on the entertainment industry with his ever evolving persona and his creation of memorable characters.  Known for his transformative ability, Bowie’s larger than life stage presence and distinctive music has been leaving audiences on the edge of their seats for decades. 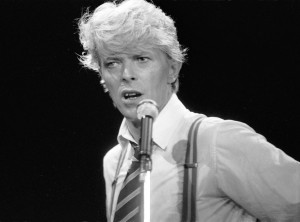 The late David Bowie has left behind a legacy of hits that will forever immortalize the legendary performer.  Gaining superstar status in the 1970’s, it is only fitting that five singles from the iconic performer’s life are isolated from this decade.  The following tracks summarize Bowie’s musical importance and give a snapshot of the life and personality of one of the world’s most incredible performers.

Inspired by the science fiction film, 2001: Space Odyssey, “Space Oddity” was one of Bowie’s first singles and helped him to define his sound and style.  The 22-year-old managed to tell a short story in the form of a song and ignited a cultural revolution as fans were enamored with the sci-fi character, “Major Tom,” that Bowie presented through the song.  The single ultimately led to the creation of a short film starring the burgeoning musical artist allowing Bowie to discover his love for acting. 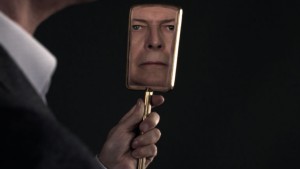 The title track off of Bowie’s third album, “The Man Who Sold the World,” was a musically influential track that was later covered by Nirvana.  Featuring a heavier rock sound than audiences had come to expect from Bowie, the single’s lyrical content and moody musical styling left a lingering impression with audiences and allowed the song to escalate as one of Bowie’s most memorable. 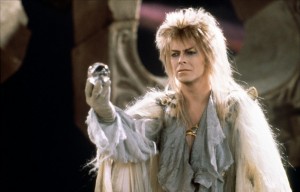 Bowie asserted through “Changes” what the public had already come to perceive of him – he was artistically a nonconformist who did not subscribe to any one genre.  The chameleon of an artist would continue to amaze audiences with his inventive transformations.  The single famously elicits an encouragement to apprehensive listeners, “turn and face the strange.” 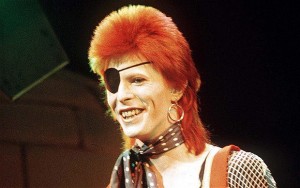 An epic rock anthem reminiscent of Bowie’s single, “Space Oddity,” “Ziggy Stardust” told the story of an alien rock star sharing an urgent message with humans.  The song catapulted Bowie to superstar status and led to the creation of his alter ego, Ziggy Stardust, a role he would embody for the next year before retiring the act in 1973.  The single plays to Bowie’s sci-fi persona and allowed the singer to don flamboyant outfits and take on ambitious performances. 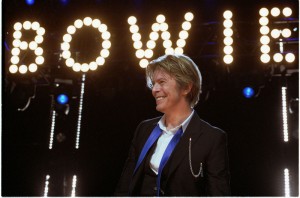 For every outrageous and pop laden Bowie single there is an equally heavy laden and dark track that showcases the artist’s lyrical abilities and versatility.  “Rebel, Rebel’s” opening guitar riff is one of the most recognizable in rock history and was amazingly played by Bowie himself.  Bowie often lent his talent to other famous stars and has famously collaborated with Bob Dylan, Lou Reed, Iggy Pop, Mick Jagger, Keith Richards and John Lennon. 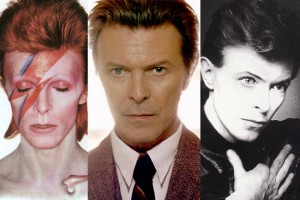 Bowie’s exceptional contributions were recognized in 1996 with his induction to the Rock and Roll Hall of Fame.  The artist’s final album, Blackstar, was released in January 8, 2016 just two days prior to his death and is praised for its daring and inventive approach to tough subject matter.

Other articles of interest: