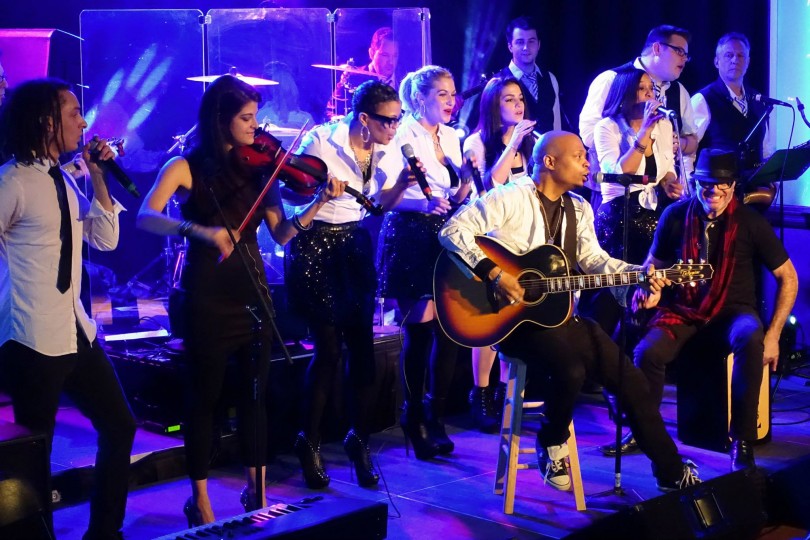 Lifetime of Talent – A Look at the Music and Career of Paul M. Eaton 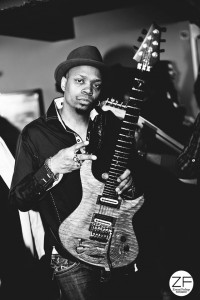 Paul Eaton has the Power and he gets it from his a higher source.

Paul M. Eaton is perhaps best known as one of the soloists of the famed Philadelphia Boys Choir and Men’s Chorale, but there is much more to this talented musician than just choral music. Paul M. Eaton has had an ongoing love affair with music, starting at a young age and continuing through today. In fact, Paul has been performing and playing for most of his life, and he shows no signs of slowing down any time soon.

Paul M. Eaton has a strong background in music education. He is a graduate of the High School of Creative and Performing Arts and The University of Hartford’s Hartt School of Music. Paul currently serves as the Chair of the Fine Arts Department at Girard College ( a 1st-12th grade boarding school in Philadelphia for underserved single parent children ) and directing the Upper and Lower school band, choir and bell choirs there. Paul is the leader of his band PhunkyMan which has released 3 albums available worldwide on his own record label Hunter Gabriel Recordings which he started with his wife Dora D. Eaton who also writes music and performs with him for this and other projects on the label. He also serves as the leader of the Music Ministry at the Greater Philadelphia Church of Christ, a position he enjoys and takes very seriously.

Paul also enjoys his work as the frontman and vocalist of L.A. Starz at EBE Events and Entertainment. He also provides the guitar playing and percussion for the same group. In fact, Paul’s work with 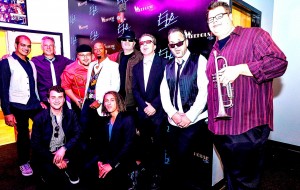 Paul Eaton is the front man and vocalist of L.A. Starz at EBE Events and Entertainment

EBE Events and Entertainment is very well known throughout the Philadelphia region and beyond. Music fans everywhere have been talking about their spectacular rendition of Uptown Funk in the form of a marvelous video commercial for EBE.

Paul M. Eaton is also proud to serve as an educator and mentor for the next generation of musicians. He spends countless hours at the Classical Guitar Store in philadelphia teaching private guitar lessons to kids from 8 to 80. Paul is lucky to have had many great mentors in his life, and he is always looking for a way to pay his good fortune forward and help people who are passionate about music and performing find their voice.  His work with the Philadelphia Boys Choir is just one example of Paul’s dedication to working with young people and helping them grow. He is always willing to serve as a motivational influence to those around him, and he takes his responsibility to the next generation very seriously. During the summer months Paul works with the Dream Camp foundation developing and implementing a fine arts curriculum which guides children in writing and recording original songs, dances, and visual art work that are all presented at the end of the sumer in a grand concert presentation. He has been working for ESF and their Dream Camp foundation for well over 15 years and is constantly improving on the program to help empower the next generation of artist to express themselves. 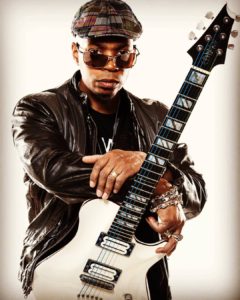 Throughout his career, Paul has recorded and performed and shared his guitar playing talents with a wide array of singers and musicians.  During his long history as a professional musician, he has played guitar with such musical luminaries as Bo Diddley, Chuck Berry, Kells, Dawn Robinson, Gerald Levert, Peter Himmelman, 3x Dope, T.M. Stevens, Schooly D, Chubby Checker, Kindred and the Family Soul, Steph Pockets and Speech. 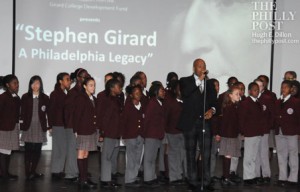 Paul’s current mission statement is to dis-prove the old adage: “He who can, does. He who cannot, teaches” – George Bernard Shaw (Man and Superman – 1903 ) Paul sees an urgent need to involve relevant working artists to educate not only the next generation of artists, but the next generation period.  It has not only been proven that the creative and performing arts help develop the cognitive thinking process, but communication skills, presentation skills, comprehension of mathematics, team building skills, is an unremovable component in the study of civilization and social development throughout history and more. Paul states; ”  I am not teaching music, but life skills through the use of music.  I teach how to succeed, and how to fail. I teach how to persevere and how to work as a team.  I show that with perseverance, hard work, talent and a plan that most anything is possible.  It is great to dream, but even better to plan and execute the plan to make the dream a reality.”

To see other articles about artists like Paul Eaton, visit Hooked on Entertainment

Get a taste of Paul Eaton’s talent by watching this video: