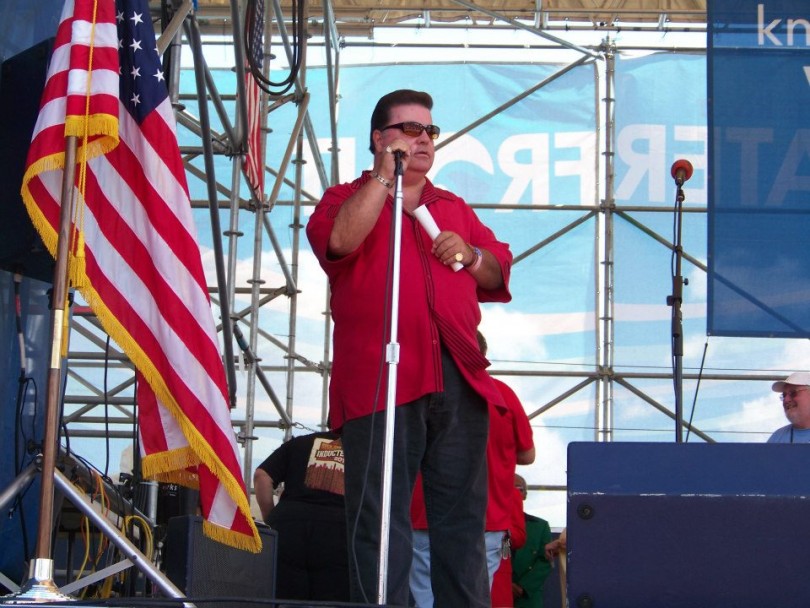 The Life and Career of Lou Costello

If you love the world of Doo Wop music,  you are sure to enjoy the Doo Wop Diner with legendary broadcaster and entertainer Lou Costello.   Doo Wop music is an integral part of the American musical experience, and Lou Costello has been entertaining local residents with his eclectic taste and creative selections for many years.  It is only fitting that Lou Costello has brought his extensive music collection to the airwaves of WVLT. Cruisin’ 92.1 has long been the home of true music lovers, and Lou has quickly become one of the most requested personalities on the station. 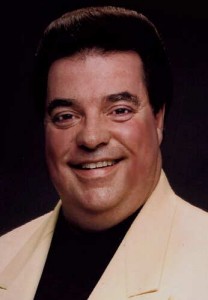 Lou Costello was born in historical town of Philadelphia, Pennsylvania on Oct. 2, 1949. He was born and raised in Philadelphia and moved to New Jersey where he graduated from Williamstown High School, NJ.  He then continued his college at The College of Hard Knocks in San Francisco, California. To better know him today  Lou Costello has long been known for his unique and eclectic tastes, and he brings that twist on Doo Wop music to every edition of the Doo Wop Diner on WVLT. 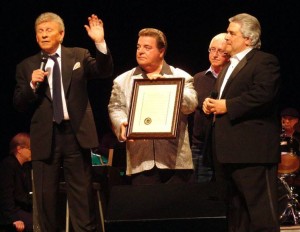 Lou Costello has also contributed in the Organ Donar Awareness Concert which was held on March 29, 2014 and he played a leading role at such a dedicated and an event held for a good cause.  Everybody was laughing at his jokes when he took the microphone on stage. There is no doubt that he was The Master Of Ceremonies. 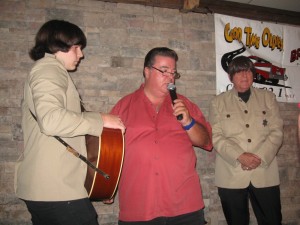 Lou Costello knows Doo Wop music, and he is always happy to share listener favorites and take requests.   Listeners can hear the immortal Lou Costello in action every Wednesday evening from 7 p.m. to 9 p.m. In fact, music lovers from throughout the Philadelphia and South Jersey areas look forward to Lou and his show week after week.  At the same time, Lou Costello is great at bringing his own taste and style to every episode of the Doo Wop Diner.   Regular listeners can attest to the fact that Lou loves to play in the more obscure corners of the Doo Wop universe. Some other broadcasters would be content to spin the favorites and give listeners what they expect, but not Lou Costello. 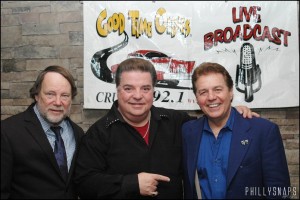 Lou Costello on Cruisin 92.1 with Kenny Jeremiah and Pepper Paul

Lou loves Doo Wop music so much that he strives to make every edition of his WVLT radio show a brand new experience.   It is this dedication to great music and entertainment that keeps Cruisin’ 92.1 listeners coming back and tuning in week after week.While the Doo Wop Diner is Lou Costello’s best known incarnation on WVLT, it is not his only one.  Even when the latest edition of the Doo Wop Diner is over, Cruisin’ 92.1 listeners can hear their favorite entertainer and radio personality playing the best oldies in the Philadelphia and New Jersey region. 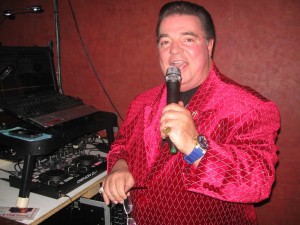 When he is not serving up the tunes at the Doo Wop Diner, Lou Costello can be heard every weekday from 10 a.m. to 1 p.m.   The music may be different, but the dedication to musical variety and good taste is still there.  From the first time that you listen to it, you will understand why Lou Costello has become such a legend in the Philadelphia music scene.  Whether he is spinning the oldies on his daytime show or serving up the best old-time music in the Doo Wop Diner, Lou Costello gives his all with every performance.