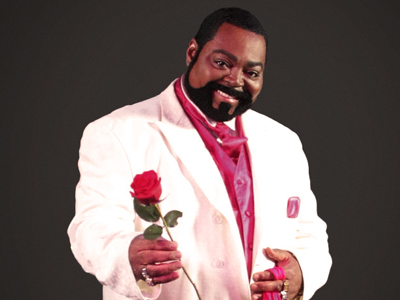 Jourdan Carroll is just one of those singers that you never want to forget.  Walking away from his soulful voice at the end of a show gives you hope and admiration of his talent.  Known to some of his friends and fans as Big Daddy Boo Bear, Jourdan Carroll has always had dreams of performing and becoming a professional musician. 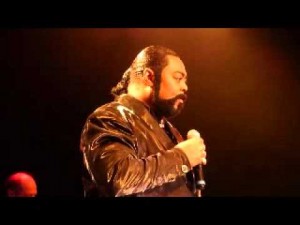 Now Jourdan Carroll has worked his entire life on his voice, starting his vocal training in his childhood.  He practiced daily on his vocal range for years before he finally mastered his iconic sound.  His fame began in small clubs where he gave stellar performances even if the audience was limited to only a few people.  He never gave up pursuing his career and after opening and developing his own small stage show, his life changed forever.  His voice is so deep and mesmerizing it is often associated with the voice of the legendary Barry White.  With notes so low that some could claim the ground was shaking, he made his star-like debut.  After being noted so many times of his resemblance to Mr. White, he decided to bring it into his shows.  This only increased his popularity and fame as old fans of Barry White now had a new and refreshing voice to bring the 70’s soul star back to life. 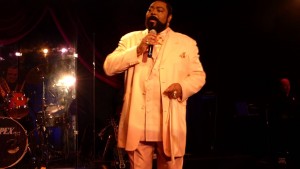 Jourdan Carroll can also be found on a few TV shows and movies where he acted in several scenes, some even included his voice.  Big Daddy Boo Bear has performed on several stages; his charismatic nature makes him one to remember and want to watch again.  No matter how hard his trials were, he has always found a way to battle them with positivity and strength.  He’s known for motivating young singers to keep going, and to never give up on their dreams.  Another thing he is known for is his ability to make women swoon at his bass notes.  With just a word and phrase he can captivate an entire audience.

Nowadays you can find our beloved Jourdan Carroll all around the United States doing what he does best.  He currently resides in Michigan, but is always on the move giving us our own new version of Barry White.  Beside Barry White, he is also a tribute artist of Luther Vandross, Isaac Hayes, Lou Rawls, Teddy Pendergrass, Freddy Jackson and Philip Bailey of Earth, Wind & Fire.  His concerts are held in large concert halls and tickets vary on availability.  With his constant increase in fame, his performances are usually the most popular segments of any show.  Jourdan Carroll and his enthralling stage presence will be something to see for years to come.  The performances are known throughout the nation and are slowly making their way to international ears.  Along with his musical talents, Jourdan Carroll is also a fashion designer and has developed a line of contemporary male clothing.  There is no doubt that passion is the word that rules Jourdan’s life because without it, there could be no way he could find success as an artist or entrepreneur. It will not be surprising that in future years we could see him on different stages and different stores around the world.