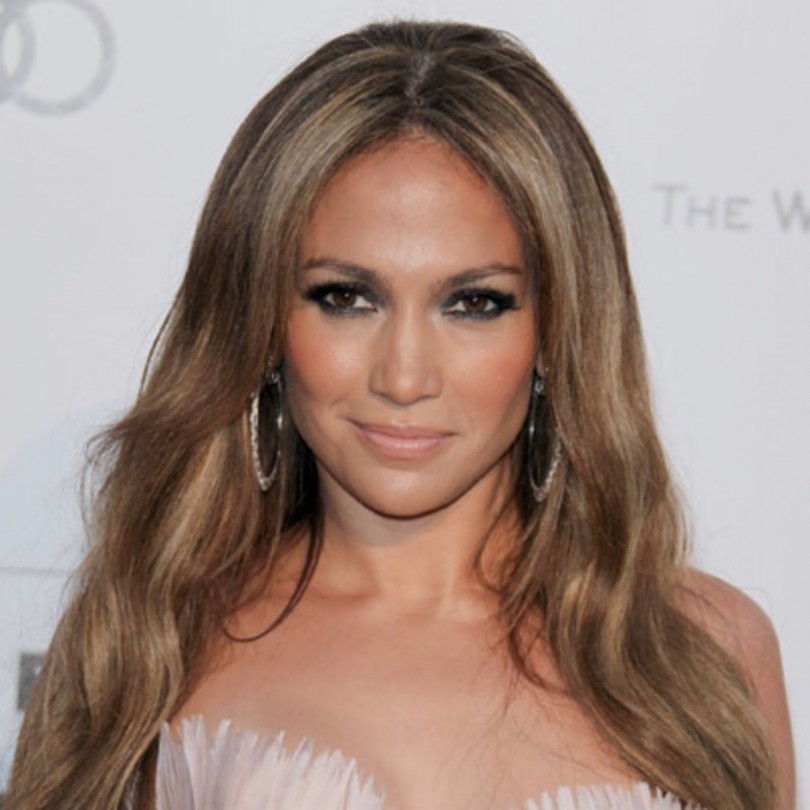 An iconically successful singer, actress, dancer, and entrepreneur, Jennifer Lopez has endured 25 years as one of the entertainment industry’s biggest female stars.  With chart topping albums and hit songs, leading roles in blockbuster movies, and an immensely successful clothing line, Jenny From the Block has become Jenny Rules the Block.

Jenny From The Block 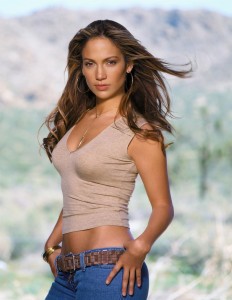 Jennifer Lopez was born July of 1969 in Bronx, NY.  Her parents, Guadalupe Rodriguez and David Lopez, originated from Puerto-Rico, and shared Latin values and culture with their family.  Jennifer grew up with her two sisters, Leslie and Lynda, each sharing a mutual love of music.  Lynda went on to study Broadcast Journalism, and has honed her skills as a radio DJ, VH1 VJ, and a television correspondent.  She is currently a reporter for WCBS in New York.  Growing up in the Bronx, Jennifer enjoyed Caribbean music including salsa, merengue styles, hip-hop, pop and R&B.  The young prodigy began taking singing and dancing lessons at age 5, and attended Holy Family Catholic Girls School.  As a student at Preston High School, Jennifer was not one for traditional classroom studies.  She much preferred playing sports to doing homework, and was inspired theatrically by Rita Moreno’s character in West Side Story.  After graduating from high school in 1987, Jennifer moved out of the family apartment to pursue her theatrical career.  She worked for a NY law firm during the day and as a dancer at night. 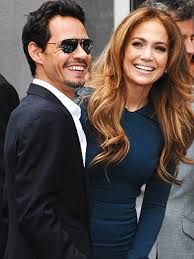 A romantic at heart, Jennifer Lopez has covered the front page of countless tabloid publications.  She had short marriages to model/actor Ojana Noa and to dancer Cris Judd.  The star is also known for her long-term “roller-coaster” relationships with hip-hop artist Sean ‘Puffy’ Combs and leading actor and director Ben Affleck.  In 2004, Jennifer Lopez married salsa and pop icon Marc Anthony in a private ceremony.  In 2008, she and Marc welcomed twins Max and Emme, who were named for the main characters in Dragon Tales.  Jennifer and Marc eventually divorced in 2012.

Jennifer Embarks on a Dance and Acting Career

In 1990, three years after graduating from high school, Jennifer Lopez won a dance competition for the Fox Television hit series, In Living Color, where she danced under famed choreographer Rosie Perez.  She was also a feature dancer with the popular boy band New Kids on the Block.  In 1993, Jennifer moved on to dance for pop superstar Janet Jackson during her That’s The Way Love Goes tour. 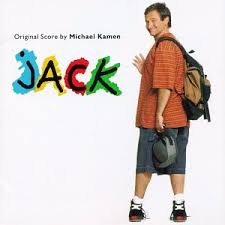 Jennifer Lopez soon turned her sights from dancing to acting.  Her first feature film role was in 1995’s critically acclaimed Mi Familia.  That same year she played opposite Wesley Snipes and Woody Harrelson in Money Train.  In 1996, Jennifer was cast as a teacher – Miss Marquez – in Jack, the story of a young boy with a premature aging disorder.  The film was directed by Francis Ford Coppola, and starred Robin Williams and Diane Lane. 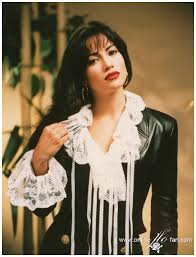 In 1997, Jennifer earned the lead role in Selena, a biographical film on the life of latin singer Selena Quintillana Perez who had been murdered by a fan in two years earlier.  This performance garnered Jennifer a Golden Globe nomination.  As her acting career soared, Jennifer played roles opposite Vince Vaughn in 2000’s sci-fi thriller The Cell, and the 2002 film Enough, a chrime drama chronicle of spousal abuse. 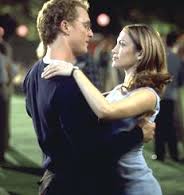 One of Jennifer’s biggest acting roles came in 2001’s romantic comedy, The Wedding Planner.  The film hit #1 at the box office the first week of its release, and Lopez became the highest paid Latina actress to-date for her role in the film.  She quickly followed that accomplishment when she starred as hotel maid Marisa Ventura in 2002’s romantic comedy and box office hit, Maid in Manhattan.  In 2003, Jennifer co-starred with Ben Affleck in the box office bomb, Gigli, and in 2004 she co-starred with Jane Fonda in the laugh-out-loud comedy, Monster In Law.

In 2005, Jennifer Lopez revisited her roots by playing a dance instructor in Shall We Dance, a remake starring Susan Sarandon and Richard Gere.  That same year she played single mom, Jean Gilkyson, opposite Robert Redford and Morgan Freeman in the 2005 drama, An Unfinished Life. 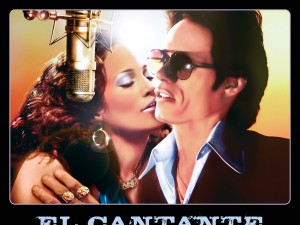 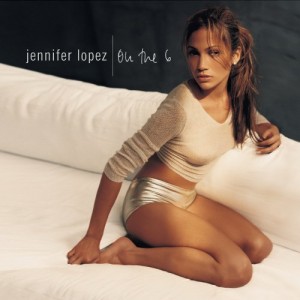 Jennifer Lopez released her debut studio album, On The 6, in 1999.  The latin pop release containing the hit single “If You Had My Love,” went platinum in 2 weeks, and ultimately went 6x platinum.  In 2001, she released her second album, J. Lo, which debuted at #1 on pop charts.  With hit songs “I’m Real,” “Get Right,” and “Play,” her second album peaked at #1 and went 4x platinum.  In 2002, riding the wave of recording success, Jennifer released This is Me, with “Jenny From The Block,” feat. Styles & Jadakiss.  The song peaked at #3 on Billboard’s Hot 100. 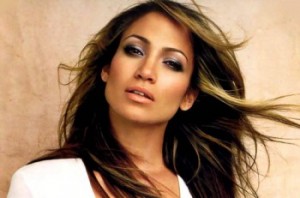 In 2007, Lopez released her first Spanish language album, Como Ama una Mujer, which peaked at #1  on the U.S. Latin charts.  She found moderate musical success later that same year with her sixth album, Brave.  After a recording hiatus, Jennifer released Dance Again…The Hits, a 2012 collection of her greatest hits.  She followed in 2014 with her eighth studio album, A.K.A.  The album contains a mix of Lopez’s music styles, and received mix reviews from music critics. 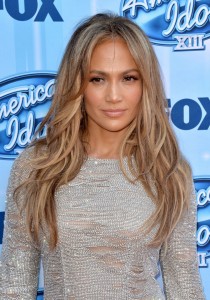 In 2010, J Lo’s lagging career received a much needed boost when she replaced comedian Ellen DeGeneres as the female judge on ABC’s hit series, American Idol.  The singer also collaborated with hip hop recording sensation Pit Bull and released the 2011 hit single “On The Floor.”  The song became the most successful single in Jo Lo’s career and 2011’s biggest selling single worldwide.  Jennifer Lopez spent five seasons as an American Idol judge, and as a result, reinvented a recording and acting career that many believed was in its waning years.

Jennifer’s career as a leading lady continues as she stars with Ray Liotta in the new NBC series, Shades of Blue.  The show’s is set in New York and features Lopez as Harlee Santos, one of several dirty cops taking bribes and protection money until caught by the FBI.  Shades of Blue premieres on Thursday, January 7. 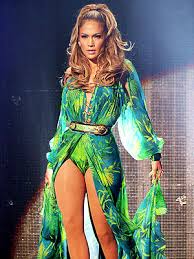 For her starring role in Selena, Jennifer was the first Latina actress to be paid $1 million for a role.

The artist also has a line of popular perfumes, and a glamorous JLO clothing line at available at Kohl’s and several online retailers including Amazon and ShopStyle.

She was chosen in 1997 as one of People Magazine’s 50 Most Beautiful People in the World.

Jennifer and former husband Marc, were celebrity part owners of the NFL’s Miami Dolphins, along with Gloria Estefan and her husband Emilio, and tennis stars Serena and Venus Williams.