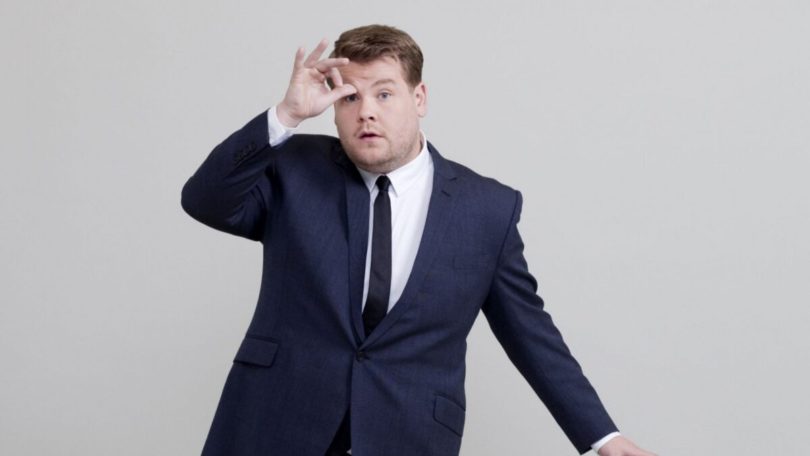 With a larger than life personality and an acting career consisting of a patchwork of jobs, James Corden is loved by Americans across the country.  But what exactly is the star’s career history?  Where did he come from, and how did he rise to fame?  It’s an interesting story – let’s look into all of the need to know about this celebrity!  James Corden was born in 1978 in Hillingdon in Greater London and grew up just outside of London in the county of Buckinghamshire.  He said he always wanted to entertain people from an early age, stating in his 2011 autobiography, “I wanted to entertain people, to act, sing, dance; everything and anything that would mean people would look at me and smile.” 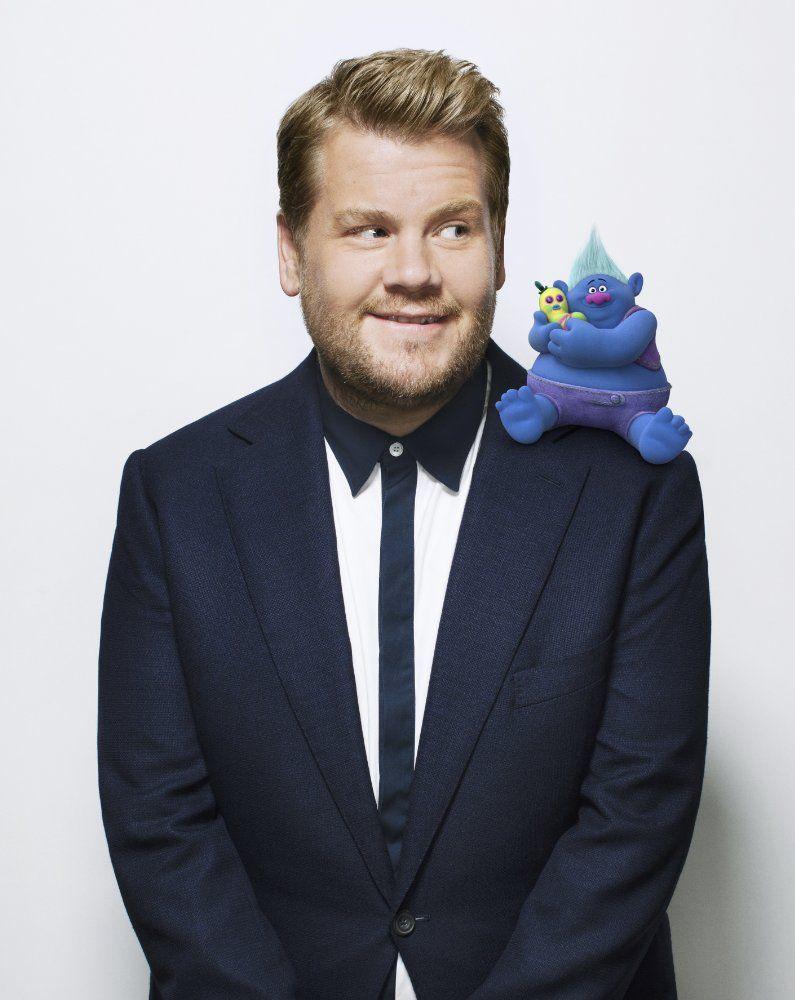 His first acting job was in the theater, on London’s West End stage at age 17.  He had a few minor roles throughout his late teens and early twenties, before starring in Fat Friends.  This British television series aired from 2000 to 2005 and featured characters at a slimming club in Leeds.  Here he met some co-workers who would set him up for the rest of his career!  After a few theatre and film appearances, James Corden co-wrote and co-starred the TV series, “Gavin and Stacey”.  While he is most famous for his talk show here in the US, in his native UK, this is the show that helped him rise to fame.  Himself and three actresses from Fat Friends featured in the show, alongside other characters.  The premise details a love story between Gavin, an Essex boy, and Stacey, a Welsh girl.  James Corden played Smithy, Gavins lovable – but often selfish – best friend. 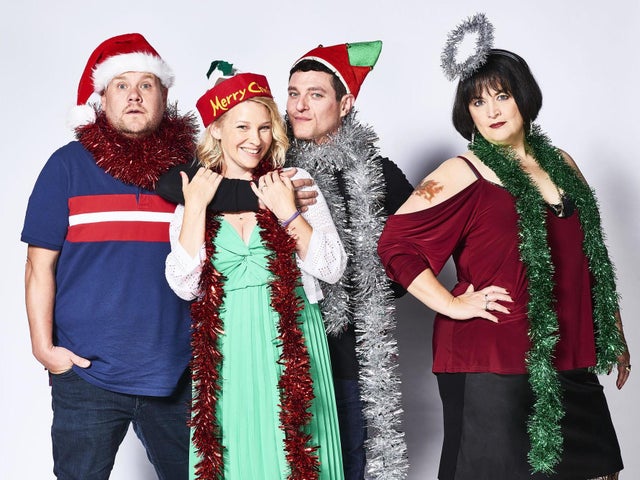 This show ran for four seasons and two Christmas specials, with future Christmas specials not off the cards (the last was in 2019).  The show won Best New British Comedy at the 2007 British Comedy Awards.  Furthermore, Corden himself won many awards for his appearance in the show, including a Best Male Comedy Performance in the 2008 television BAFTAs.  After Gavin and Stacey’s primary filming was completed, James Corden had a range of acting roles both in the UK and here in the US.  Notable achievements include hosting Big Brother’s Big Mouth with Matthew Holne (who played Gavin in Gavin and Stacey!) and the lead character in Lesbian Vampire Killers. 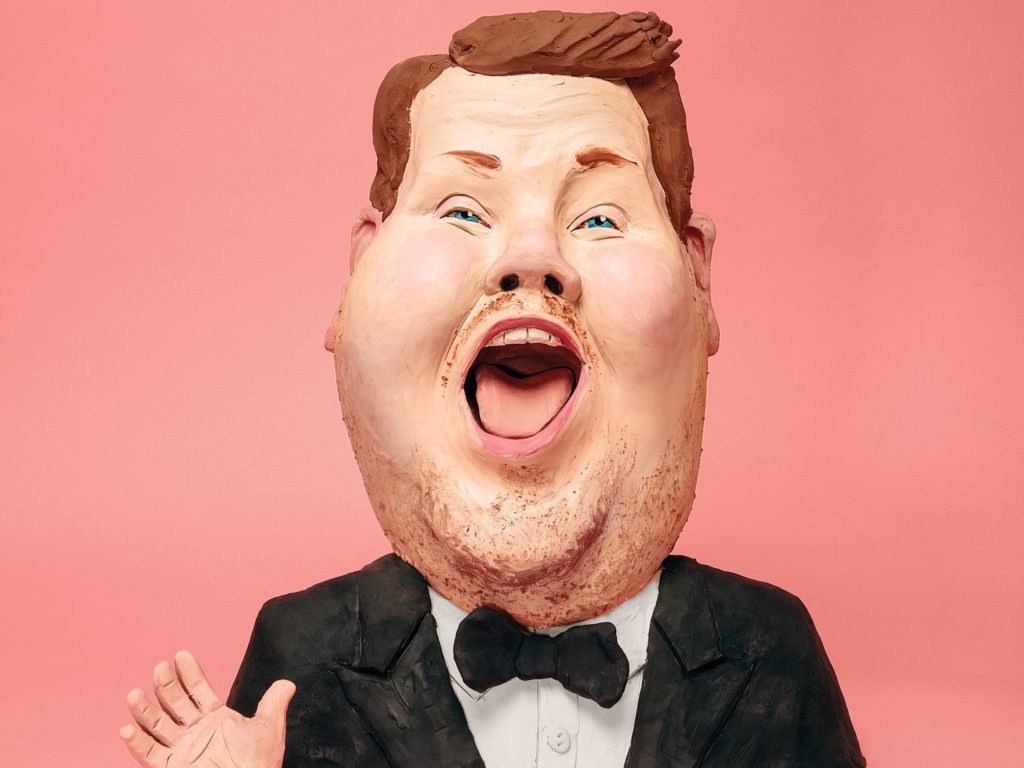 He has also had a dominant role in many of the British Comic Relief shows.  2009’s show saw him acting as the British football coach giving the team a motivational talk.  His duet with Dizzee Rascal became known as the unofficial England World Cup single in 2014, and he ended up performing this at the final of Britain’s Got Talent. He has also acted as the voiceover for animated movies including Peter Rabbit.  Also, he has been on the stage for many musicals, including Into the Woods and Cats. 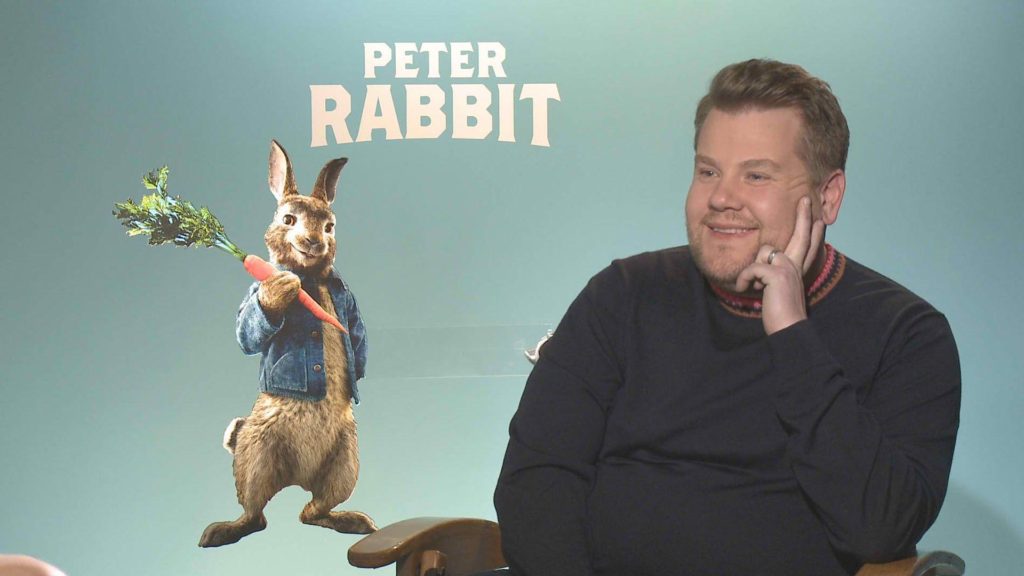 James Corden has received an OBE (Officer of the Order of the British Empire) in 2015.  An OBE is an order of chivalry from the British royalty – Corden’s was granted his due to his services to drama.  Corden succeeded Craig Ferguson as the host of The Late Late Show in 2015.  On his talk show, he has attracted stars such as Tom Hanks, David Beckham, Ariana Grande, and Justin Bieber.  He rose to fame in the US and across the globe in January 2016, where his Carpool Karaoke video became the most viral YouTube video of the year. 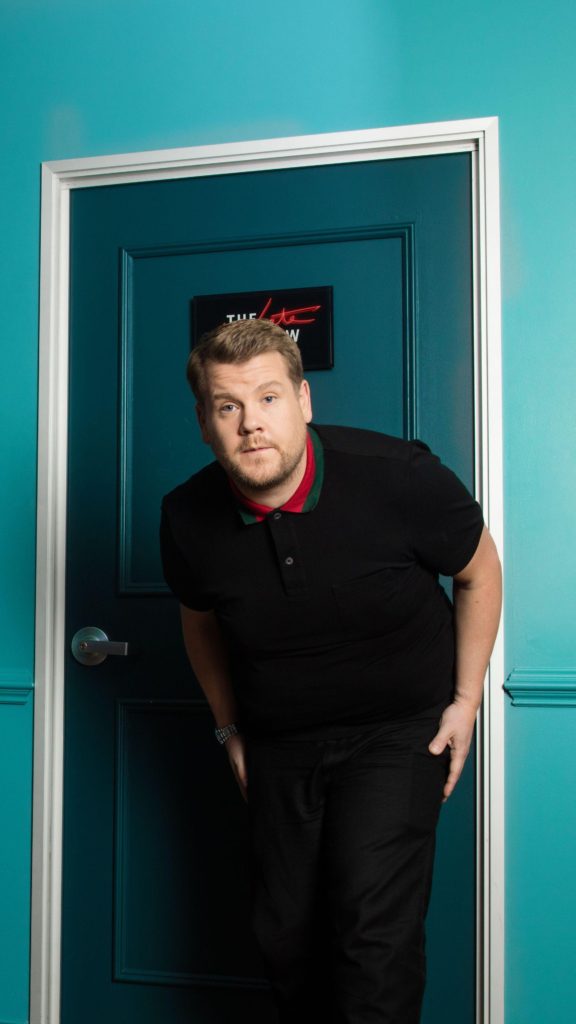 Carpool Karaoke is a feature of The Late Late Show where James Corden drives with famous musicians and sings along to their songs.  The passenger is generally in the car on the request of Corden, who is pretending to be late to work so needs to use the carpool lane.  His viral video featured him driving through London with Adele, the famous pop singer.  Another famous Carpool Karaoke episode was with Beatles singer Paul McCartney.  The duo traveled around Liverpool and pointed out landmarks that were specific to Beatles songs.  As well as presenting and acting, Corden has hosted the Tony and Grammy Awards. 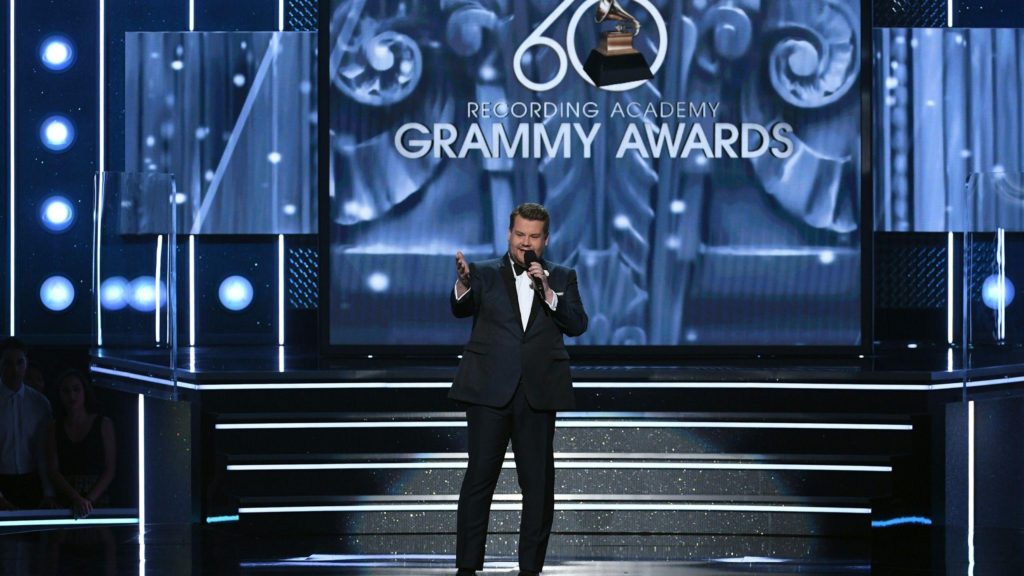 In 2012, Corden’s roommate Dominic Cooper introduced him to Julia Carey.  They ended up getting married and now live in Los Angeles with their three children.  The oldest, Max, was born in 2011, Carey was born in 2014, and Charlotte in 2017.  He also has a home in London, for when he needs to work back in his homeland.  As you can see, Corden has had an exciting career spanning TV, movies, and the theatre, and we’re sure that he has a lot of tricks up his sleeve for us in the next few decades!