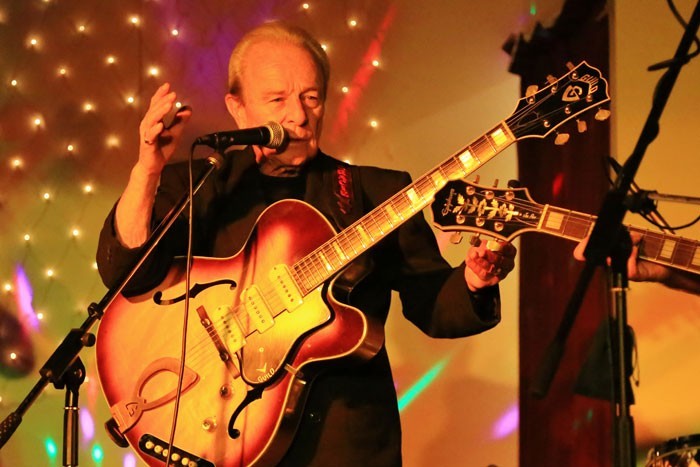 Charlie Gracie (Charles Anthony Graci), whose fame began in the early days of rock and roll, was a founding pillar in an ever-diminishing group of legendary rock and roll innovators. A native of South Philadelphia, he became the first successful rock-era recording star to emerge from that neighborhood. In 1957 Charlie’s hit single “Butterfly” topped the American and British music charts, selling over three million copies. Other late 50’s top sellers attributed to Charlie Gracie include: “Fabulous”, “Ninety-Nine Ways”, “Wanderin Eyes”, “I Love You So Much It Hurts” and “Cool Baby.” These hits bankrolled Philly’s famous Cameo-Parkway record label. 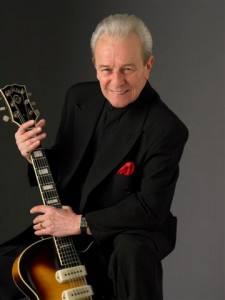 At the height of his fame, Charlie frequently appeared on Dick Clark’s American Bandstand, The Ed Sullivan Show, and Alan Freed’s TV Specials. He headlined shows at the Brooklyn Paramount, the Casino Royale in Washington, the 500 Club in Atlantic City, the Opera House in Chicago and the infamous Connie Mack Stadium in Philadelphia.

Charlie’s star burned even brighter in Great Britain where he became the first solo American artist to bring rock and roll to the English concert stage. Preceded only by Bill Haley and the Comets, Charlie headlined London’s Palladium and Hippodrome, receiving outstanding receptions from the press and public. Throughout his six-decade career, Charlie continued annual tours to the United Kingdom and several European destinations, which contributed to a highly loyal global fan base. 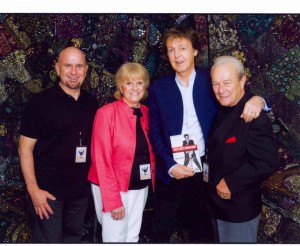 His superb guitar playing elicited the highest of praise from music legends like George Harrison. The late Beatle once referred to Charlie’s guitar technique as “brilliant” in a March 1996 interview with Billboard Magazine. Sir Paul McCartney paid tribute to Charlie by recording an updated version of “Fabulous” in cd series entitled: “Run Devil Run”.

Pop superstar Sir Cliff Richard followed in 2014 and 2016 by paying tribute to Charlie with updated versions of ‘Fabulous’ and ‘ Butterfly’ in his ‘Fabulous Rock & Roll Songbook’ cd series.

Belfast Blues performer Van Morrison displayed his admiration for Charlie by inviting him to open a West Coast tour-one of a precious few artists to be given that honor! 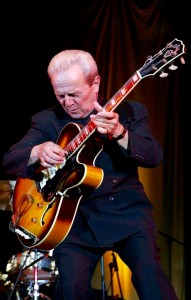 In 2007 Charlie was the subject of a made for PBS-TV documentary, Fabulous! The program recounted the story of his influential career- from humble beginnings in his South Philadelphia row home to concert stages around the world.

In late 2011 ABKCO Records released what would eventually be Charlie’s final cd, ‘For the Love of Charlie’ produced by Al Kooper, who has recorded and produced the likes of Bob Dylan, the Rolling Stones, and Jimi Hendrix. Among the artists performing with Charlie on the CD are were: Graham Nash, (Crosby, Stills Nash & Young), Peter Noone (Herman’s Hermits), Jimmy Vivino (guitarist & music director; Conan O’Brien Show), Craig Ross (keyboards; Lenny Kravitz) and Dennis Diken (drummer; Smithereens).

A member of the former Rockabilly Hall of Fame and the Philadelphia Music Hall of Fame, Charlie showed no signs of slowing down up until his death from Covid19 complications on December 16, 2022. He spent his lifetime playing to packed houses across the world, including tours in the United States, France, Italy, Germany, Spain, Switzerland, Netherlands, and Great Britain, the site of his greatest success.

A Lifetime of Close Relations 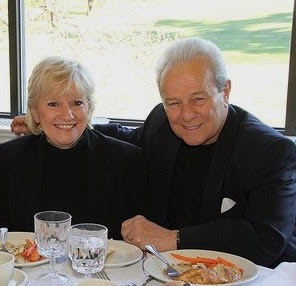 While he was committed to writing and performing, Charlie Gracie was first and foremost a family man. He was happily married for nearly 66 years to his wife Joan, and together they raised a son and a daughter. He always cherished the memory of his parents and grandparents, who encouraged him to pursue his love for music. And he considered his fans as part of his family. Talk about close relations!

Gracie’s unique story is as unpredictable as the path of a butterfly. However, one thing you can’t do is call his resurgence a comeback, since essentially, he never really left. Nevertheless, Gracie remained humble and grateful throughout his 86 years on earth, and achieved ultimate success in realizing his life’s mission of making people happy. His legend will live on in the lives he touched and the genuine happiness he shared.

“When all is said and done, I’m still little Charlie Gracie from South Philly who sings and plays the guitar. If you ever came to see me perform and you found yourself entertained – and I made you happy for a few hours, then I’ve fulfilled my mission in this life. I’m eternally grateful to God for that opportunity!” -Charles Anthony Graci