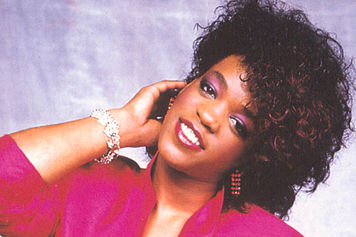 The Amazing Life and Career of Evelyn Champagne King

Evelyn Champagne King’s uncle was the well-known Avon Long, a singer, dancer and actor who had played the role of Sportin’ Life in Porgy & Bess and also started in the 1970s play Bubblin’ Brown Sugar. Her father was none other than Erik King, a singer who often appeared at the famous Apollo Theatre in New York City.It was clear that Evelyn Champagne King had inherited the talent for performing that her family was so well known for. By the time she reached her teens, Evelyn Champagne King was already singing with several musical groups. By that time she had left her native New York and relocated to Philadelphia with her mother, who found work as a cleaning lady to make ends meet for the family.From her earliest performances, critics and audiences often remarked that Evelyn Champagne King had a startlingly mature voice for someone so young. In fact, many listeners mistook this young teenager for a middle-aged woman based on her voice alone. Her recent album “Show Some Love” was released on march 25th and her fans are loving it. 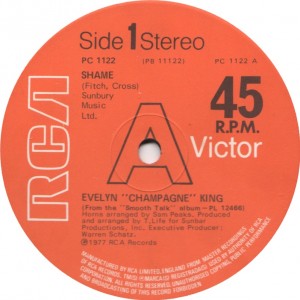 Evelyn Champagne King quickly proved that she was no one-hit wonder, following up the success of “Shame” with “I Don’t Know if It’s Right,” which also went on to achieve gold status and peaked at #7 on the R&B charts and 23 on the pop charts in 1978. Her Smooth Talk album went gold, and Evelyn Champagne King followed it up with other popular LPs like Call on Me and Music Box. 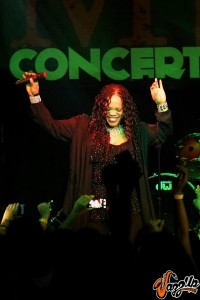 Evelyn Champagne King continued to record throughout the 1980s, 1990s and beyond, gaining new fans and pleasing old ones every step along the way. Her live performances are highly anticipated events, combining the stunningly mature and rich vocals Evelyn Champagne King was known for with a sense of showmanship and stage presence few artists are able to achieve. With so much talent, it is no wonder Evelyn Champagne King has become a household name with music lovers of all ages. https://www.facebook.com/events/614795318655613/