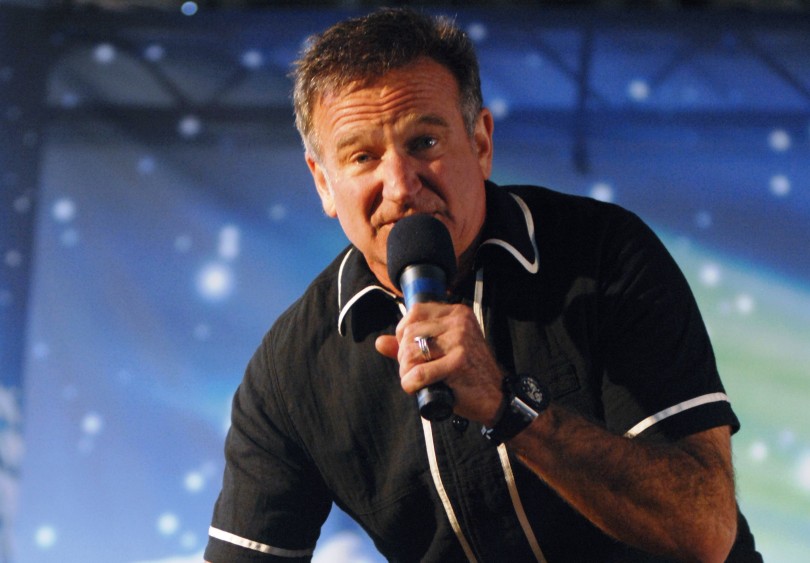 In 2014, the entertainment industry lost a much-beloved comedian in Robin Williams.  Since the early ’70s, Williams was a staple in the California comedy scene and is credited with leading a comedy renaissance on the West Coast. 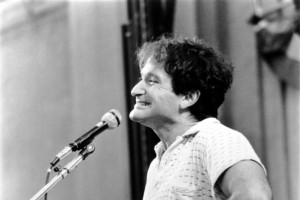 Robin Williams was renowned for his improvisational comedy skills.  His was not the carefully planned, thoroughly scripted comedy style.  Instead, he was a frenetic, energetic performer whose comedy fed off and adapted with his audience.  Williams’ performances were highly personal and bordered on manic – he would talk about his personal life and drug and alcohol abuse that towed the line between funny and eyebrow-raising.  At his “A Night at the Met” performance Robin Williams said, “I realized that when I became a reformed alcoholic that I was the same a*$hole, I just had fewer dents in my car.” 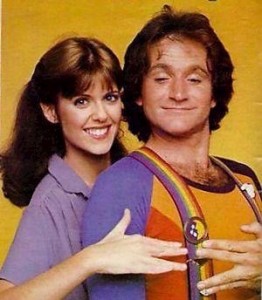 A man of the people, Williams would frequently stop his on-stage routines and go into the audience straddling a balcony’s railing and really getting into his audience faces’ with his jokes.  In 1978, Robin Williams became a household name in the hit ABC television comedy, “Mork & Mindy,” where he played Mork, an alien from the planet Ork.   Television network Comedy Central ranked Robin Williams number 13 on the list of “Greatest Standups of All Time.”  Richard Pryor, who had a profound influence on Williams’ career was number 1 on the list. 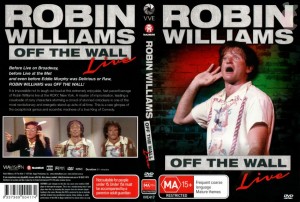 The legacy of Robin Williams lives on with several comedic DVDs and CDs from his shows.  These include the DVDs “Robin Williams: Off the Wall”, “Robin Williams: Live on Broadway” and “Weapons of Self Destruction” and CDs, “Reality…What a Concept” and “A Night at the Met”.  The volume of Williams’ work showcases his uniqueness as a stand-up comedian because many colleagues tend to work and re-work their original material.  However, in the videos which span numerous decades, Robin Williams’ comedy always seems fresh — perhaps in part because much of it was an improvised, sometimes a surprise even to Robin Williams himself. 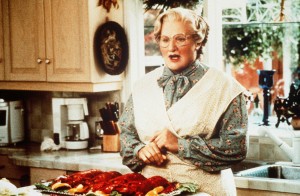 He also enjoyed a successful and Oscar-winning film career, starring in the blockbuster movies, “Good Morning, Vietnam”, “Mrs. Doubtfire” and “Good Will Hunting.”  However, throughout his television and movie career, Williams continued performing his stand-up routines, much to the delight of his international audiences and massive fan base. 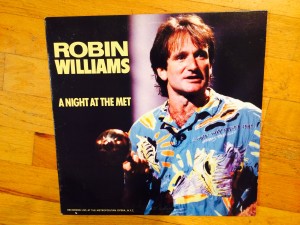 In addition to personal comedy, Robin Williams also poked fun with current events and world leaders.  His “A Night at the Met” album and DVD was filmed in 1986 and spared no political leader, from President Ronald Reagan to Soviet President Mikhail Gorbachev.  Williams’ lovable, upbeat personality made these riffs forgivable, even for the world’s leaders. 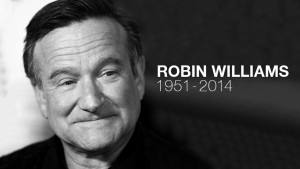 Sadly, Williams’ on-stage persona did not always relay his tortured inner soul.  He battled with drugs, alcohol and depression, yet always put on a brave face to make people laugh.  In a CBS News interview on Williams’ comedic impact, fellow actor and comedian Will Vought said, “He was a brilliant joke writer, but also a master of voices, physical comedy, and creating characters that we’ve never seen before.  No one ever saw or heard anything like Robin Williams and likely never will again.”

Although Robin Williams left us too soon, his legendary comedic talent and performances will live on.  In his own words, “You’re only given a little spark of madness. You mustn’t lose it.”